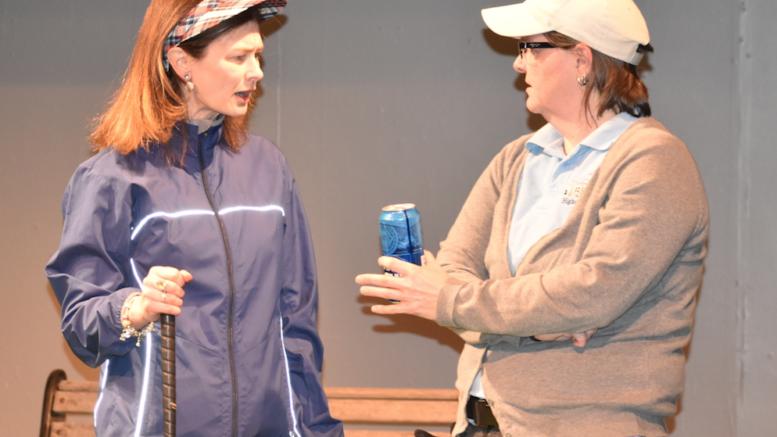 On the heels of International Women’s Day, Prince Edward Community Theatre (PECT) invites you to Mt. Tabor Playhouse in Milford to enjoy their first show of the 2020 season, The Ladies Foursome.

The play, written by Norm Foster and Directed by Jennifer Sills, promises to evoke laughter while touching on the nature of friendship amongst a close-knit group of female friends.

The story is set against the backdrop of a golf course, wherein each scene is representative of one of the course’s many holes.

The play begins when three ladies who have been golfing together for years attend the funeral of their friend, Katherine, who had recently passed. After the funeral, they decide to golf in their dearly departed friends honour, bringing with them Dory, a long time friend of Katherine’s who none of the golfing friends had yet to meet.

The golfers in question are Margot, played by Susie Mitchell, Tate, played by Kim Kennedy and Connie, played by Cheryl Singer. Dory is played by Becky Mulridge. 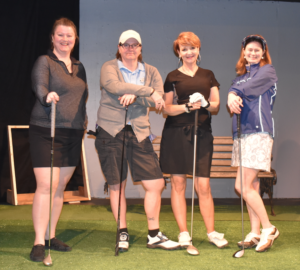 Over the course of their round of golf, the ladies begin to realize there is much they didn’t know about Katherine.

“Through the course of the play, Dory brings out a lot of information,” explained Sills. “She also asked a lot of questions of the three friends, trying to figure out who they are….she seems to know a lot about their friend who has just died, more than the three who had been meeting with her every week.”

As Sills mentions, the play touches a lot on how people approach friendships.

“The golfing ladies consider themselves best friends, but they find out they don’t know as much about their best friends as they should have,” she said.

The production  poses more questions than answers. As Sills commented, it begs people to consider both how well they know their friends and whether or not they’re truly “there” for their friends in times of need.

For Sills, who has most recently directed Proof, another PECT production, she immediately wanted to work on the play after reading the script.

She points out that, bringing a creative group of people together, such as the cast, is sure to create a lot of fun. Many cast members, as Sills adds, have done everything in community theatre from acting to stage directing.

“Community theatre gives you the opportunity to do it all- a little bit,” said Sills.

Apart from turning the comparatively small stage at Mt. Tabor into a golf course, swinging clubs and all, Sills joked that their biggest hurdle was keeping the laughter at bay.

“Our biggest challenge is to stop laughing at each other. We’ve had a lot of fun,” she enthused.

For Sills, the play that centres around golfing also hits fairly close to home, with the ladies depicted throughout the play reminding her of her close-knit group of friends who are acting in it.

“We were able to cast a group that was really close. It was nice to bring a small group together who already had a connection and could have fun with this. That was our whole point-just to have fun,” Sills beamed.