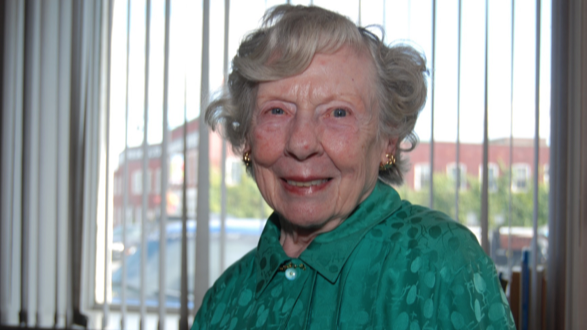 The Ontario Community Newspaper Association has is recognizing the legacy of the longtime publisher of the Picton Gazette and the Napanee Beaver.

The OCNA announced last week that the late Jean Morrison would be enshrined in the organization’s Hall of Fame at a gala ceremony in Toronto April 3.

The Hall of Fame award is a new honour for the OCNA which was founded in 1950 and is a non-profit industry association comprising roughly 240 member newspapers located throughout Ontario.

The  award is designed to recognize and celebrate individuals who have made exemplary contributions to Ontario’s community newspapers. Inductees will be respected community news professionals who have remained passionate about the industry throughout challenges, opportunities and changes.

Nominees for the Hall of Fame award can come from all aspects of the industry, including but not limited to: editorial, advertising, publishing, production, circulation, finance, sales or design.

Executive Director of the OCNA Caroline Medwell called Morrison an  integral, active and admired leader in the community

Ontario Community Newspapers Associations but also the International Press Institute as well as serving as President of the OCNA in 1987.

“Her interests and contributions were many and she is an inspiration to all of us in the community newspaper world,” Medwell told the Gazette.

On behalf of the Morrison family which includes son Chris and daughter Leslie Fournier, Tracey Lindberg extended her thanks to the OCNA for recognizing her late mother and long time industry leader.

“We are so very pleased and grateful to have our mom’s life and legacy honoured by the OCNA ‘Hall of Fame’ award,” Lindberg said. “Mom believed that small town newspapers play the most vital role in telling community stories. She shone in her role as publisher and her life work is a testament to her dedication and passion to local news. We extend a heartfelt thank you to the OCNA for honouring our mother. This award will be cherished not only by her family, but also the Napanee Beaver and Picton Gazette family.”

Morrison is part of a nine member inaugural group of Hall of Fame winners but the publisher who passed in October, 2019 was considered by many industry leaders to be in a class all by herself.

Jean Morrison exemplified courage and set a sterling example for many young businesswomen, taking on the task of publishing the Beaver and the Gazette  exemplifying non-conformity in the male-dominated world of publishing.

The courage, dedication and iron will Jean Morrison showed in those early years, setting the highest of high standards for journalism and advertising excellence netted both newspapers several awards through organizations such as the OCNA as well as the Canadian Newspaper Association.

“I have been managing the newspaper now for more than 30 years, but not necessarily in the style that Earl might have. That was his dream. As publisher, however, I have enjoyed my many years in this warm and friendly community.”