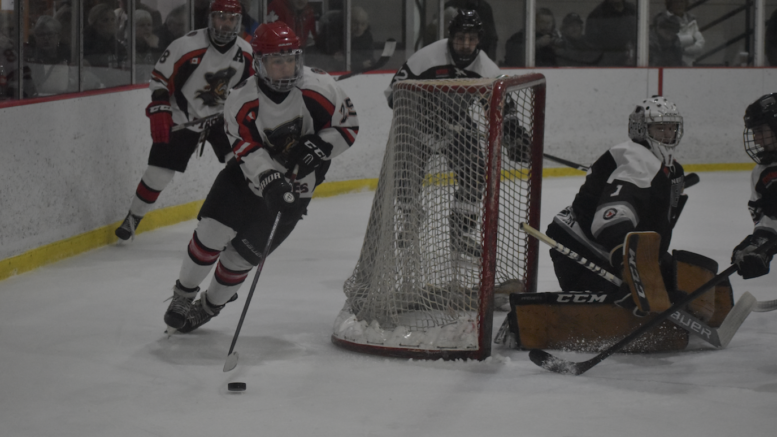 What was to be a hockey lover’s dream weekend in Prince Edward County has been washed out.

Last night, as the first of four games of live championship hockey was being played in Picton, the governing power Hockey Canada announced it was suspending all activities under its purview. 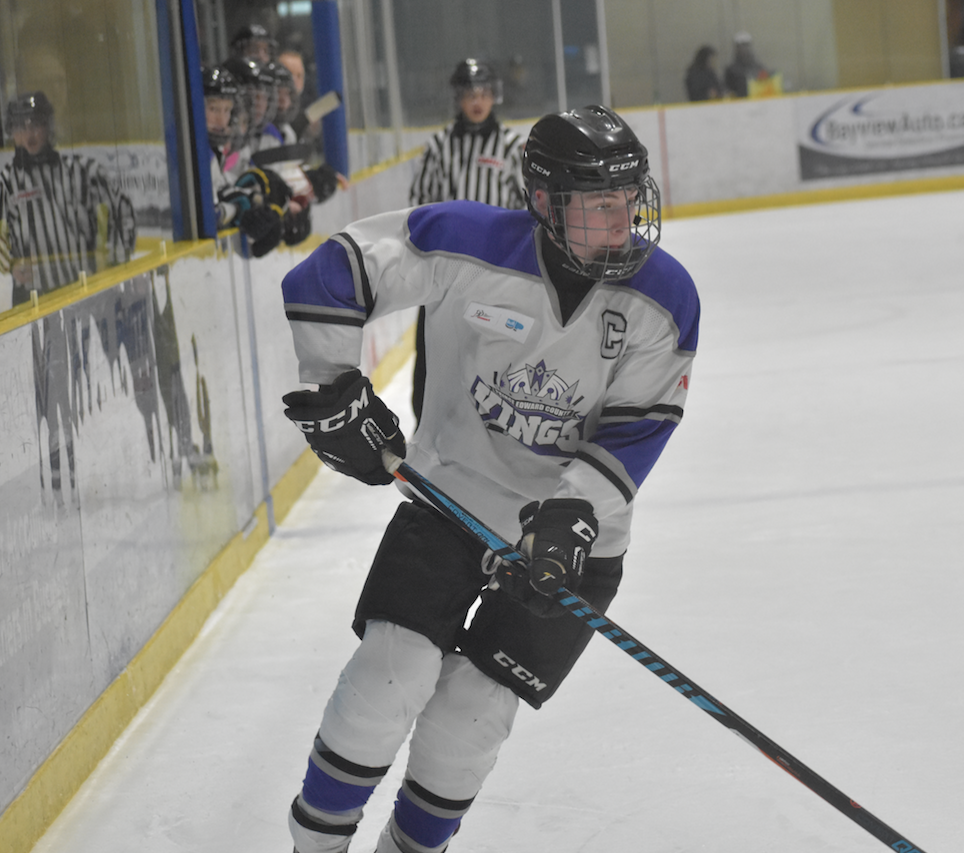 The Lehigh Cement Bantam B Prince Edward County Kings and Captain Liam Rice were set to host the Ayr Flames in Games 1 and 2 of the OMHA Finals this weekend at Lehigh Arena. (Jason Parks/Gazette Staff)

As Game 2 of the Provincial Junior Hockey Championship Tod Division finals between the Picton Pirates and the Napanee Raiders was already underway, that contest at Huff Estates Arena was allowed to be finished.

Up 1-0, the Pirates surrendered two goals in just under a minute in the late stages of the second period and that was enough for the visitors to skate off with a 3-1 victory after an empty net goal sealed the win for the Raiders.

But that marked game the end of amateur hockey in  Prince Edward County and Canada for a while.

The Battle of Quinte Ontario Junior Hockey League East Division finals  between the Wellington Dukes and the Trenton Golden Hawks slated to get underway tonight at Lehigh Arena has been postponed as has Games 1 and 2 of this weekend’s Ontario Minor Hockey Association Bantam B Finals between the Prince Edward County Kings and the Ayr Flames.

In a statement From  Tom Renney, chief executive officer, and Scott Smith, president and chief operating officer, on the ongoing coronavirus (COVID-19) pandemic it was made clear the safety of participants was being put ahead of championships and trophies.

“Without question, this is an unprecedented period of difficulty for the sports world. The health and safety of all participants in sport, including players, coaches, staff, officials, fans, family, volunteers and the general public, is of the utmost importance to Hockey Canada,” the statement said. “After much consultation with the Hockey Canada membership, our chief medical officer and public health officials, the Hockey Canada Board of Directors has made the decision to cancel all Hockey Canada-sanctioned activities, including our national championships, until further notice, effective Friday, March 13, 2020. We recognize the tremendous effort that has been put forth all year by individuals across the country as they participate in Canada’s game. Although it is difficult to process the hockey season ending abruptly, we feel this is the best course of action in order to do our part in keeping our country safe.”