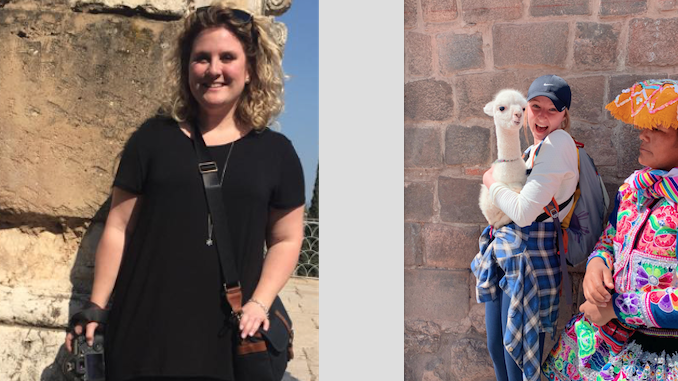 Families of two Prince Edward County women being held in Peru as a result of a military lockdown in that country due to COVID-19 are hopeful a ‘Perunion’ is in the offing soon.

Student Emma Goodman and local business woman Krystal Jones are located at opposite ends of the South American nation and they, along with their families, are hoping the County natives are able to make their way to Lima’s Jorge Lopez International Airport in time to catch one of three Air Canada flights designed to repatriate Canadians who were caught in the army-enforced quarantine before arrangements to fly home could be made.

Both spoke with the Gazette and relayed their appreciation to friends and family members who have shown concern and sent well wishes through social media over the past two weeks. 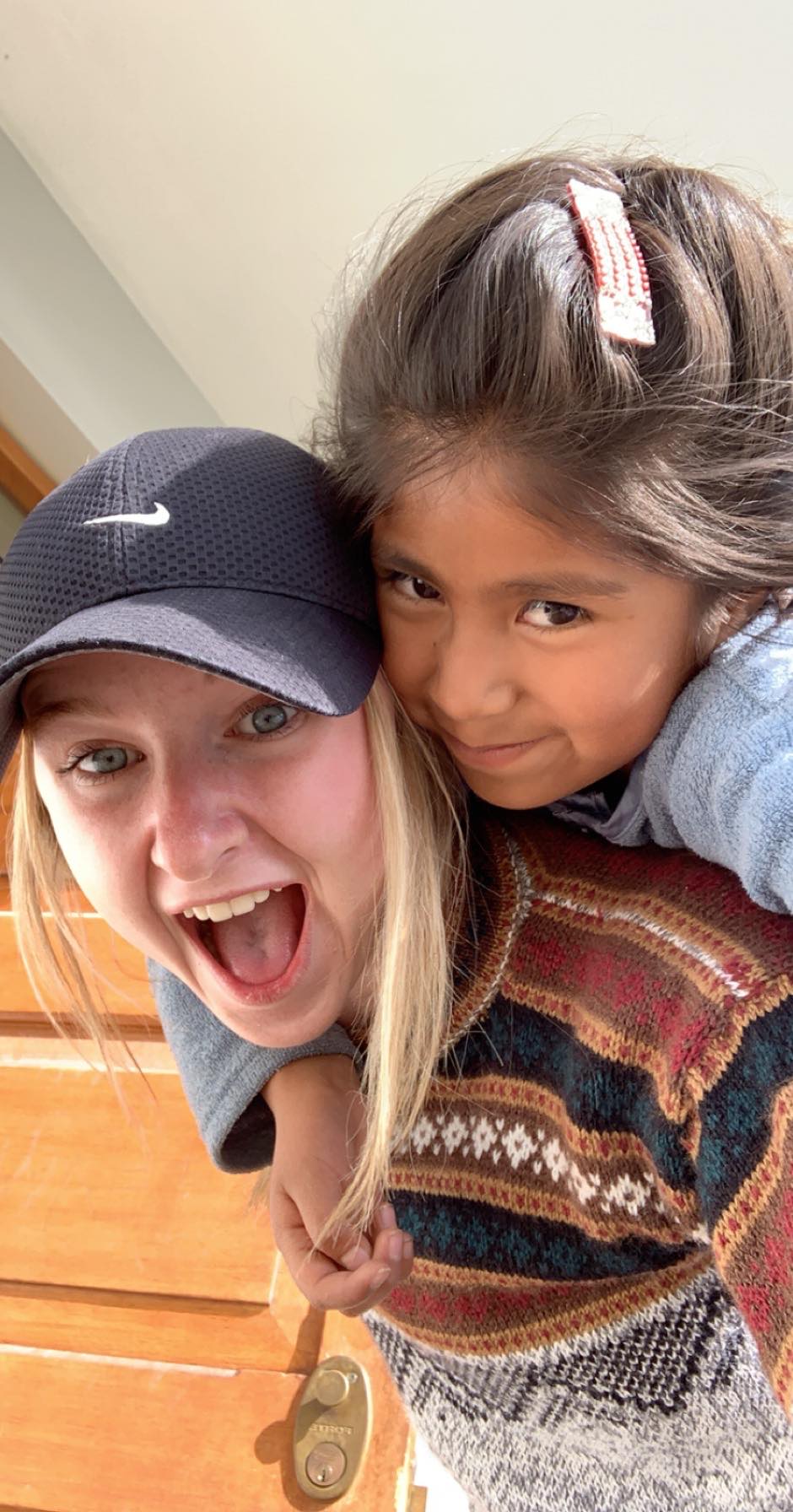 Jones and Goodman have been in regular contact with family members as well as each other by way of text and Facebook messaging, proving that even in a far off jungle nation on the Pacific coast, that unique Prince Edward County bond can’t be broken.

“It has been nice having someone else from Prince Edward County  as a support system,” Emma Goodman told the Gazette. “Everyone at home has been amazing and supportive but it is nice to have someone to chat with who understands the situation.”

Goodman arrived in Cusco, Peru on March 8 with intentions of completing a two week volunteer program working with children. For the third week, Goodman was to undertake a four day trek to Machu Pichu.

Unfortunately, she was unable to complete any of this due to a military lockdown and quarantine that’s expected to last until March 31 or even longer.

While there have been announcements by Prime Minister Justin Trudeau that repatriation flights to bring some of the 5,000 Canadians in Peru home, it’s still unclear on the ground what those flights of mercy might look like.

Goodman is in a better situation currently as she is part of a large contingent of Canadians in and around Cusco, a city in the Peruvian Andes of nearly 500,000, which is south east of the capital and located halfway between Lima and La Paz, Bolivia.

That town is somewhat better suited for a potential air lift if the military lockdown is eased by request from the Canadian embassy to allow for citizens to return.

If the airport restrictions were eased, a short flight to Lima would be possible.The alternative is far more less palatable in that involves travelling 20 hours by bus on the “Highway of Death” from the mountain city down to the shoreline of the Pacific and the Peruvian capital.

“There has been a curfew put in place by the Peruvian government so unfortunately busses are not running to Lima. Also from what I have heard, the roadways between Cusco and Lima are quite dangerous and it’s nearly a 20 hour drive. Also they have shut down domestic flights here. There are a number of Canadians in the Cusco area as it is a major hub for those who wish to visit Machu Picchu. With that, we are hopeful that a flight to Cusco will be arranged as we are not currently capable of getting to Lima.”

While a possible flight by Air Canada into Cusco (Elevation 3,400 m) or an alternative is still being determined, a large scale air liner flight to Iquitos is a complete non starter as is a possible bus trip to Lima.

The port city of Iquitos  along the Amazon river is located in the north eastern portion of Peru, partway between the Brazilian and Ecuadoran borders.

Jones told the Gazette she still wants to get home but understands it could very much be a longshot logistically if the Peruvian government doesn’t ease the travelling constraints for the many North Americans that are in the country currently.

The owner of Amour Fine Lingerie on Main St. arrived in Iquitos March 9 as part of an international photography workshop that included field trips to document the Amazon.

Jones said she, like thousands of other Canadians, didn’t have time to secure a flight home after the PM called on Canadians to start making their way back to Canada.

Within hours of that request here, the Peruvian government had declared a lockdown and there were no flights coming into or out of country.

“There were no flights,” Jones said. “We didn’t have time to react.”

Thankfully both are doing very well given the bewildering circumstances they find themselves in and, if there wasn’t a kinship between the two County families, they are all very fast friends and information conduits now.

“We have all chatted that there has been comfort in the “county” connection,” Wendy Goodman, Emma’s mother told the Gazette. “We have been checking in with her on a group message. We have even chatted about a ‘Perunion’ when we all get past this.”

With her 18-year-old daughter abroad during the unprecedented COVID-19 pandemic and trying desperately to get information about possible flights home, Wendy Goodman admitted to being on a roller coaster of dizzying heights that could only be matched by the backdrop of the Andes.

“Peru closed their borders so quickly that it certainly sent a wave of panic as to what a state of emergency and mandatory quarantine would look like for her. We had so many questions like would she be able to stay with the volunteer homestay family she’s with? Would she have food, need money, etc? We knew she wasn’t going to get to Lima for flights last Monday, the timelines were just too tight given where she is located,” Wendy Goodman said. 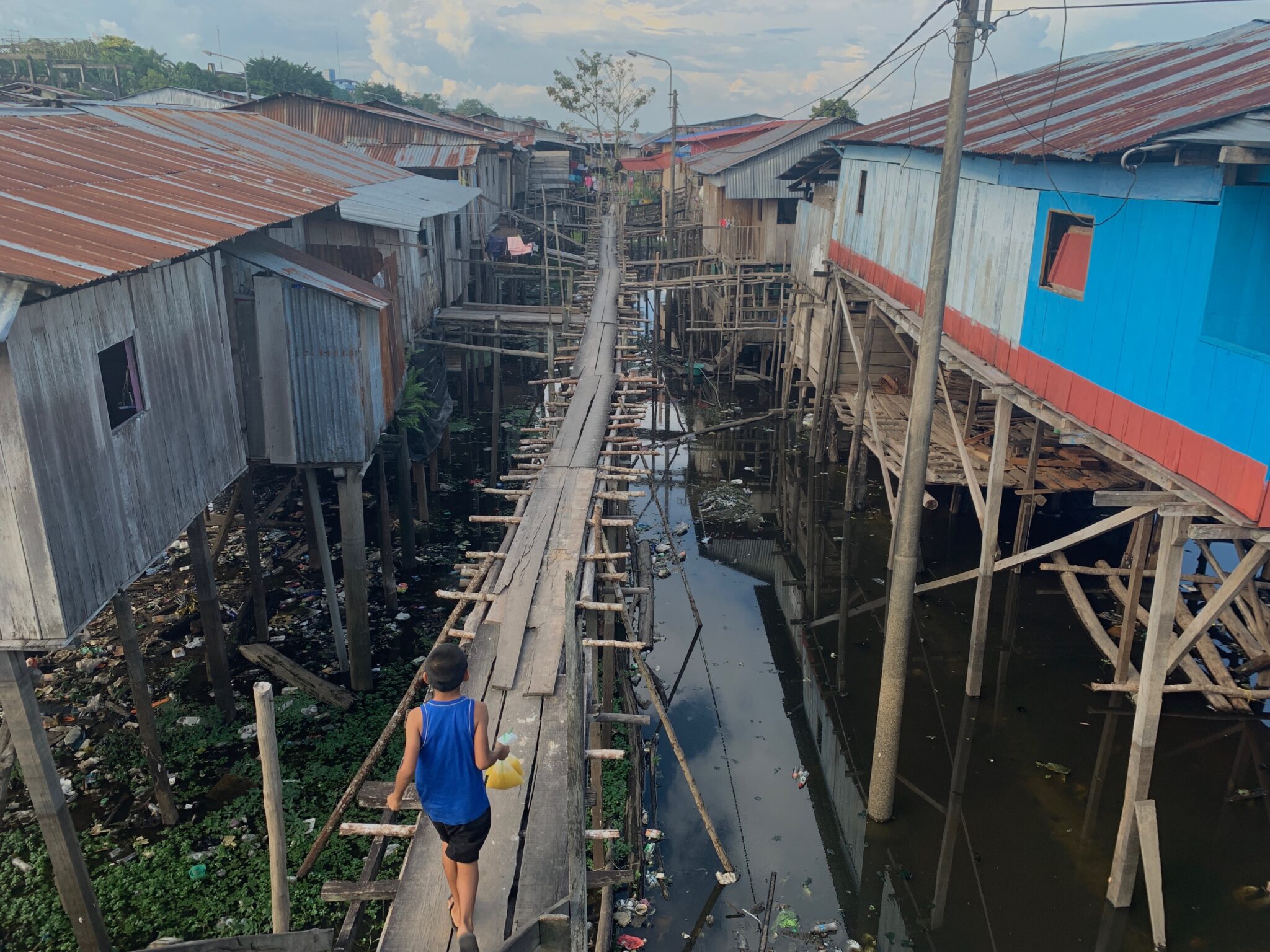 A boy makes his way along a wooden walkway in the stilt-based port village of Iquito, Peru. (Krystal Jones for the Gazette)

There was an instant piece of mind once the Goodman family was assured Emma would be able to stay with her Peruvian family and that she was being well cared for.

The diplomatic processes and channels that Foreign Affairs have been negotiating has created a temporary void of information but the Goodman’s praised the work of Bay of Quinte MPP Todd Smith who has been trying to secure information through his office and checking in daily for any updates.

Without any direct flights into Cusco yet to be announced, the Goodmans wait to see what might materialize between now and Friday.

It’s also a waiting game for Jones as a lack of critical mass of Canadians in the far reaches of Peru might be problematic although she remains positive that somehow, she will find her way back to her beloved Prince Edward County.

“Of course if I don’t get to Lima I don’t have a choice but to wait it out. I’m healthy and well taken care of. There aren’t many cases here in Iquitos and no one is allowed to leave my hotel, so the chances of me contracting the virus here are very low,” Jones said. “I’m safe here, but I’d still like to get home if that’s a possibility.”