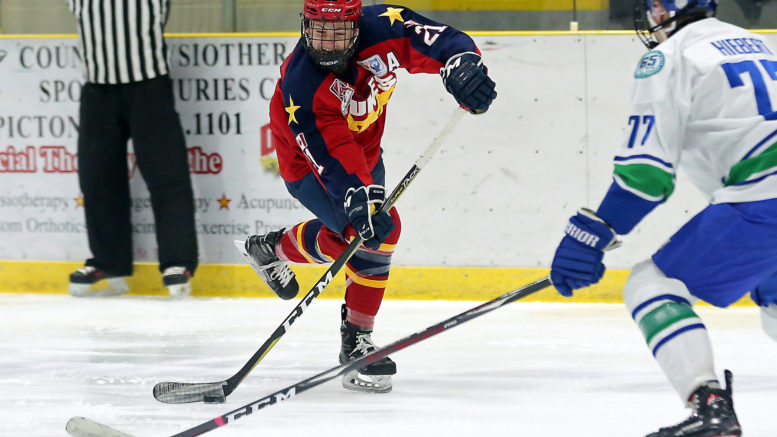 Waxing poetic about junior hockey during these unprecedented times might not completely fit in with the ongoing narrative of the day and could be classified as hackneyed.

However, even in times like these, the perseverance and pugnacity of Wellington Dukes graduate Dawson Ellis deserves a comparable quote from one of the 20th century’s greatest leaders.

It was the Rev. Dr. Martin Luther King who said “The ultimate measure of a man is not where he stands in moments of comfort and convenience, but where he stands at times of challenge and controversy.”

Wellington Dukes fans that have seen the 5’8″, 140 lbs forward lay his body on the line shift after shift, game after game for the last three seasons know that, when applied to his dedication to the organization, Ellis was never one to find comfort and convenience in the quiet areas of the ice surface.

Simply put, the Trent Hills native existed to meet the challenges that came from suiting up and taking a regular shift in the Ontario Junior Hockey League.

And in addition to his body of work on the ice that was highlighted by his excellent penalty killing and fore checking skills along with the ability to produce offensively while maintaining his defensive responsibilities, the forward was a fan favourite-engaging any Dukes supporter, member of the media and anyone else who wanted to talk hockey at Lehigh Arena. 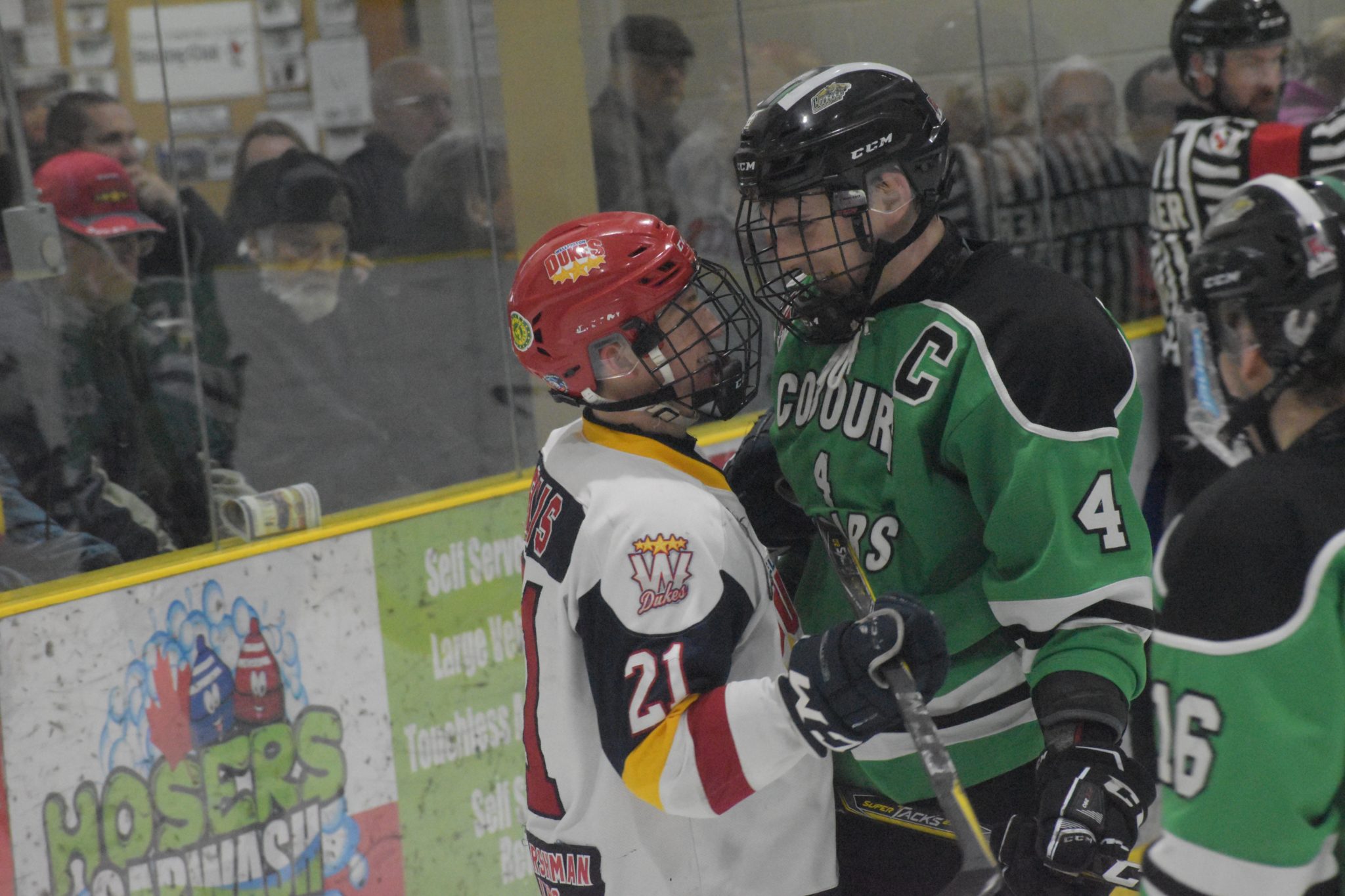 Taking everything into account, Ellis measures far greater than his physical  stature would ever indicate and, because of the  tangible and intangible qualities, the hard-nosed skater is bound for the NCAA and Adrian College in southeastern Michigan this fall.

Ellis will join defenceman Jacob Breckles on the Bulldogs roster and the pair follow in the foot steps of Wellington alum Kyle Crawford by committing to the popular liberal arts college that fields teams in the NCAA Division III category.

After a stellar season with the Picton Pirates in 2016-17 where he was the Empire League’s Rookie of the Year and had 20 goals and 24 assists for 44 points in 38 Jr. C games, Ellis graduated to the OJHL and played three seasons in Wellington.

His final year in Wellington Ellis’ his best offensively as the speedy forward lit the lamp 14 times and added 27 helpers for 41 points in 51 contests.

Ellis is enrolled in Adrain’s general business program and hopes to declare a major after his first season.

He said guidance and tutelage along with putting in the hard work that’s a prerequisite for anyone taking a shift for the Wellington Dukes was key in landing a spot with the Adrian College Bulldogs program.

“The way they teach us to play in Wellington is “the right way” and Coach (Adam) Krug believes I can fit in and play at the next level because of what I’ve achieved and learned being a Duke for the last three seasons,” Ellis told the Gazette.

Ellis laughs when he’s asked how he not only survived but thrived as one of the smallest players in the OJHL over the last three seasons and he credits his older bother and that sibling’s buddies for ‘Toughening him up” over the years.

“He and his friends have played a role in getting me ready here at home,” Ellis said with a chuckle. “My skills coaches I’ve worked with and the great coaches I’ve had have always provided me with a great game plan and I’ve just tried to listen and be coachable.”

In his first campaign in Wellington, Ellis found a increasingly larger role under former Dukes coach John Druce when the former NHLer came aboard mid-season.

This corner tabbed that unit the ‘Rush’ line not only because the pair’s uniform numbers 21 and 12 combined to represent one of the Canadian rock band’s album monikers but also for the fact the duo would be tenacious on puck carriers and the tempo would often halt a man-advantage charge before it could even get assembled.

Ellis  credits Druce for believing in him.

“John Druce appreciated guys that would go out and work hard and I think that’s why I appealed to him when he first came to coach our team,” Ellis recalled.”He’s one of the most inspiring coaches I’ve ever had. When it came to a pregame talk, I don’t think there’s guy out there that can get you up and make it so you want to go through a wall to win a hockey game. I thank him for everything he did for me.”

“He’s a great person, a tremendous coach and they are both winners. We did nothing but win with those two,” Ellis added.

While Ellis will be patiently looking ahead to the 2020-21 NCAA season, he and his Wellington teammates are slowly processing the abrupt end of their playoff run.

“It was a shock and now, as it sets in, you realize you aren’t going to be playing for that ring and the big trophy, it’s been tough. To be first place in the OJHL regular season and to go out on a 17 game win streak, I don’t think there’s any teams that are better than that,” Ellis added.

The club had all its parts clicking at the right time as they prepared to face Trenton in the second round of the 2020 Dudley Hewitt Cup championships as well as the emotional motivation to take the post season to the limit.

No one in the Wellington dressing room wanted to let down captain Ben Evans who was injured earlier in the season with a devastating hit into the boards.

“Our playoff run was dedicated to Ben. We were close all year but when he went down, I think that brought us even closer and there was no way Trenton or any other team was going to stop us,” Ellis said.