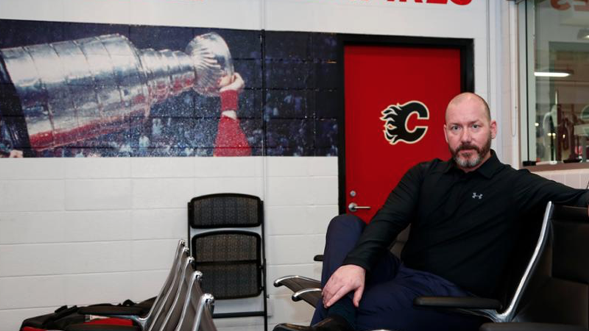 HITTING THE PAUSE BUTTON- Picton native and Calgary Flames video coach Jamie Pringle is waiting to see if there will be Stanley Cup playoffs this spring or summer. (Jenn Pierce/NHL/Calgary Flames)

Like travelling down a race track at 100 miles an hour to making a dead stop.

Pringle and the Flames are safely in a playoff spot if the NHL announces that the race for the  2020 Stanley Cup will commence but for right now, the Prince Edward County Minor Hockey grad is trying to develop a routine, break down game video and be ready for  if-and-when that call of ‘Game On!’ is sounded.

“You’re at Game 70, you’ve got a dozen left, you can see the light at the end of the tunnel and now you’re stopped cold,” Pringle told the Gazette Monday. “I think we’ve all taken a few days to digest what’s happened but now it’s about trying to build a routine from home, watching games and breaking stuff down, banking it so when and if the time comes, we are all ready to go.”

In a perfect world, the NHL would like to see a Stanley Cup awarded sometime this summer but it’s completely unknown if that will be possible.

The Flames hold down the third and final playoff position in the Pacific Division which would set up a Battle of Alberta in the first round against the Edmonton Oilers.

However, based on points percentage which would be the fairest way to determine the standings if the playoffs were held, the Flames fall all the way down to the second wild card slot and would have to take on the defending Stanley Cup champion St. Louis Blues.

“Everybody wants to see a Battle of Alberta and hopefully it’s something that will materialize,” Pringle said.  There’s definitely an emotional spark back in the rivalry like this group has never experienced before,” Pringle said. “NHL Commissioner Gary Bettman and the league officials are smart people and they will come up with a formula that we can all play under that’s fair but selfishly, a Calgary-Edmonton first round series would be memorable.”

Flames General Manager Brad Treviling has been organizing conference calls with staff and players, apprising them of an ever changing situation and Head Coach Geoff Ward has been in regular contact with his assistants during the pause.

Meanwhile, Pringle has been fielding requests from within the organization for game footage compilations.

“Some players have reached out and we have a good in house system that players can log into that allows them to view individual shifts,” Pringle said. “(Defencmen)Juuso Valimaki is rehabbing an ACL injury right now and he requested some specific things  and see what he was doing that was making him successful last season and that’s good. Players want to keep their minds sharp and that’s a great sign they aren’t looking at this like a vacation.” 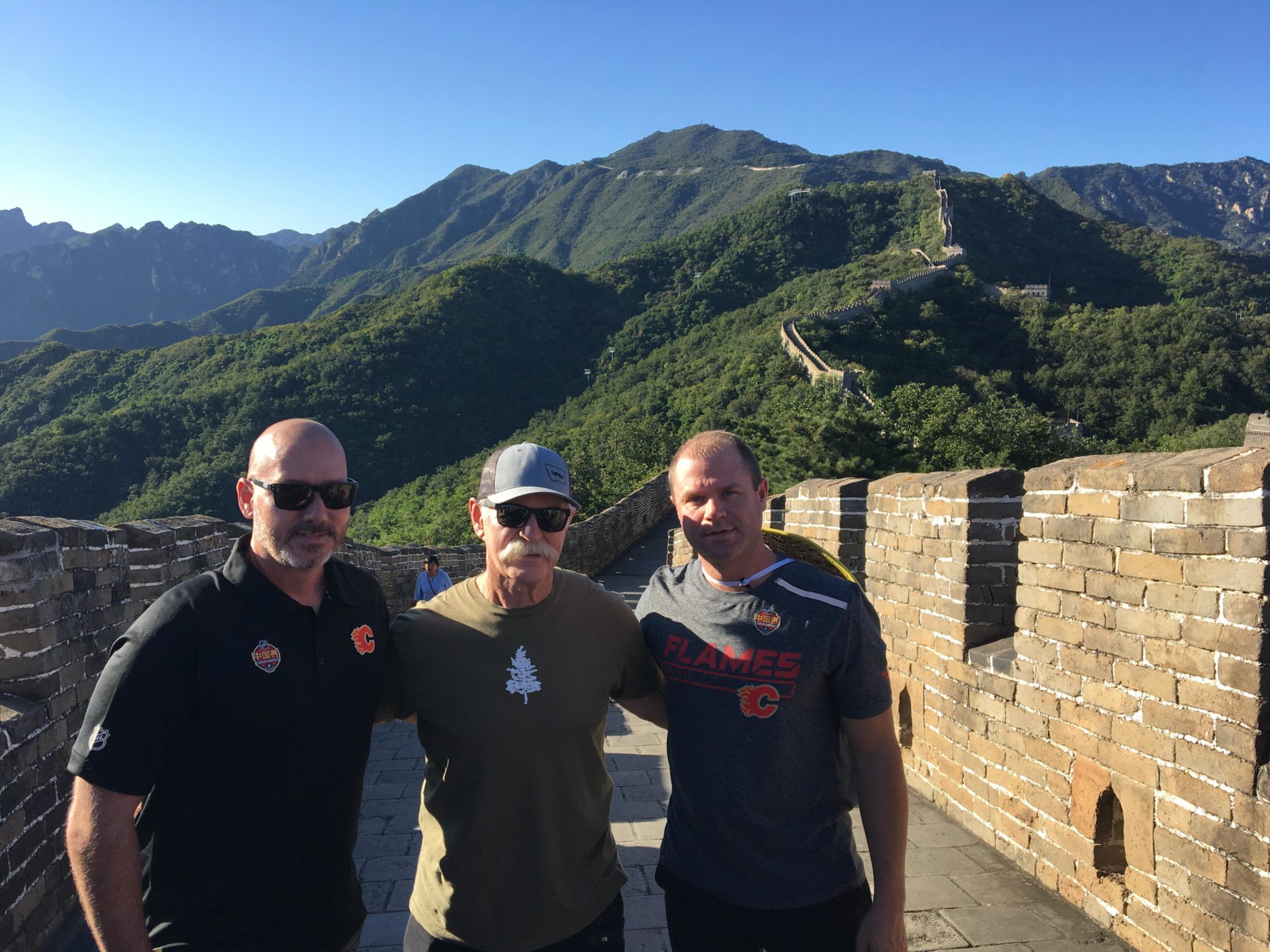 Should hockey return, Pringle is of the mind that teams would at the very least need a seven day mini-training camp in order to return to some semblance of form before the stakes of a playoff march are anted.

“You can’t just jump back into a season especially if you are going into a Stanley Cup tournament,” he added. “Players need time to be on the ice and acclimate so they are injured trying to come back too quickly.”

Hockey in June, July and even August would be a double edged sword for the native Pictonian who has worked for Hockey Canada and the Florida Panthers in similar roles.

Reviving Calgary’s famed  ‘Red Mile’ as part of a lengthy playoff run would be both professional and emotionally gratifying but for the father of Brooke and Brendan and husband to wife Karen, missing out on an annual summer sojourn to his home on West Lake would be difficult, especially when the warm body of water beckons in late June.

“Actually it’s calling me right now,” Pringle said with a laugh if he would be missing his summer digs if the Stanley Cup playoffs ran into August and Calgary was involved. “We are all in uncharted waters and we will do whatever is asked even if that means going into the summer.”

Pringle added the decision the NHL levied was difficult to stomach initially but it’s “clearly been the right one when you look around and see what’s happening globally.”

Like most everyone else undergoing this current situation, a shutdown of regular duties and the pause of the hectic day-to-day requirements has allowed Pringle a chance to focus on home life-something that is in short order this time of year in all NHL households.

“It’s really offered me a chance to spend a lot more time with the family at this time of year than I normally would so if there is one great silver lining, it’s that,” he added.