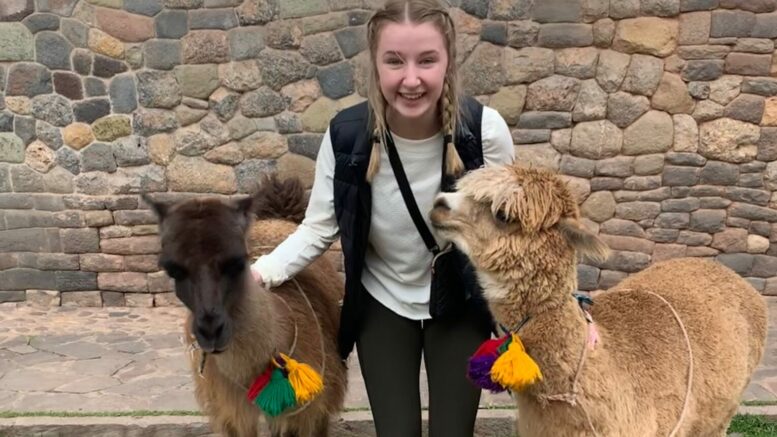 A young Prince Edward County native has been reunited with her family after a harrowing experience of being stuck in Peru behind the cloak of a military lock down amid that country’s response to COVID-19.

Emma Goodman, 18, emerged from the baggage area at Pearson International Airport around 1 a.m. Saturday morning after a day-long repatriation mission that started 5 a.m. Friday morning in the mountain-side city of Cusco.

Goodman, a PECI grad bound for McMaster University in the fall to study kinesiology, arrived in Peru in early March to work with children in the historical Inca capital for two weeks.

The third week of her trip included a visit to Machu Pichu but that was all washed out shortly after her arrival as the Peruvian government launched a military lockdown and closed the airports as well as instituted a strict travel ban and curfew order.

Within hours of Prime Minister Justin Trudeau telling Canadians abroad they should start making their way home earlier this month, any option for Goodman to make a hasty-but-normal return to Canada was negated within hours by the Peruvian government. 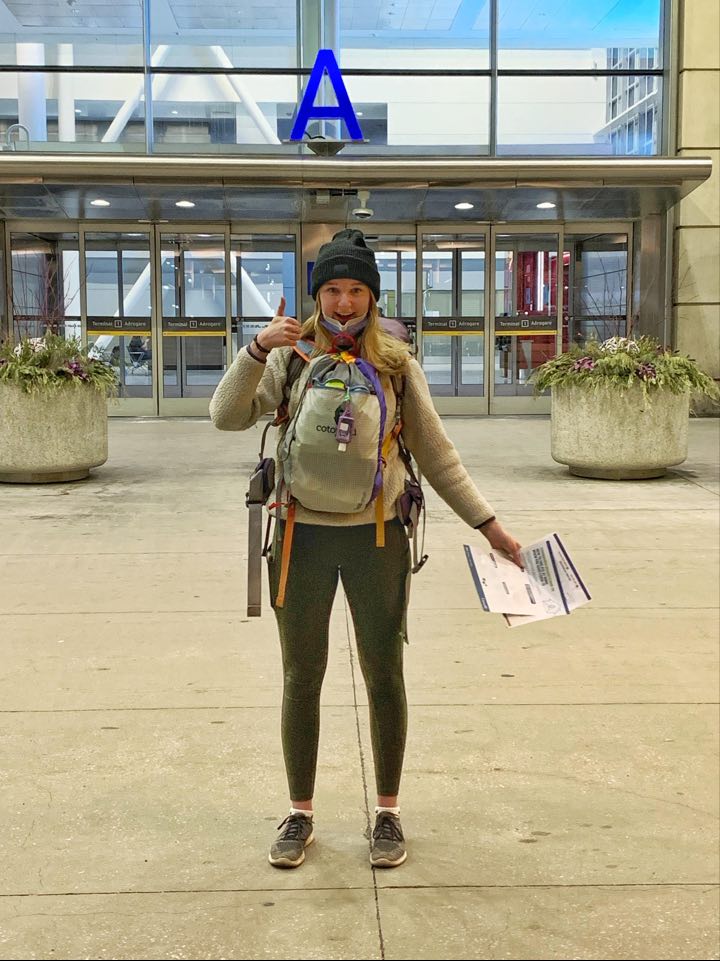 Now safely in a 14-day quarantine period with her family in Bloomfield, Goodman explained she and thousands of Canadians in Peru and looking to return home were in limbo as Canadian Foreign Affairs and their counterparts in Peru negotiated terms to allow for repatriation to occur.

Goodman said she was notified by the Canadian Embassy on Thursday she had been selected as one of about 200 lucky Canadians to be aboard a flight from Cusco that would land at Lima’s  Jorge Chávez International Airport and hop an Air Canada flight to Toronto.

By Goodman’s estimation, there are still around 800 Canadian in Cusco and she admits she feels very fortunate to get a spot on a flight home Friday.

“Im very thankful to all the people behind the scenes who helped along the way including Bay of Quinte MPP Todd Smith. He helped a lot in helping me get home,” Goodman told the Gazette Monday.

While officially an adult, Goodman was designated by the Canadian Embassy as a “vulnerable traveller” and that designation was almost certainly part of the reason she was able to be repatriated so quickly.

Thursday afternoon, Goodman was informed she was to hop a bus at 5:30 a.m. the next day that would deliver her to Alejandro Velasco Astete International airport for a connecting flight to Lima.

Naturally, this was one bus Goodman didn’t want to be late for.

“I don’t think I slept at all on Thursday night,” Goodman said with a laugh.

With the curfew set to lift at 5 a.m. and a 15 minute walk to the bus station ahead of her, Goodman was out of the doorway of her ‘homestay’ family’s house at five bells on the nose.

Goodman boarded one of about eight busses filled with Canadians and travelled to the airport where the military tone of the state of Peru quickly became apparent.

An army bus loaded with soldiers clad in riot gear complete with shields and guns pulled up beside the Canadian busses and left no doubt this was a military operation until the connecting flight had left the runway for Lima.

After a delay that allowed for full medical screening and security operations, Goodman and her fellow travellers were wheels up for Lima around 11 a.m., an hour later than the expected departure time.

For anyone that’s been late for a connecting flight, that feeling of dread of getting to an airport too late isn’t easily replicated during normal travel. How about when the airports are closed down to regular citizens and being operated by the army?

“There was a little bit of panic setting in but we kept getting reassured by embassy officials that the Air Canada flight in Lima wasn’t going to leave without us,” Goodman said. “They said ‘We aren’t going to send a half-empty plane back to Canada’ but the story was always changing by the hour so nobody ever really knew what was happening.”

Upon reaching Lima, the military tone of the operation was amplified.

“We taxied to where the Air Canada flight was waiting but we got herded onto a military bus. We waited on that bus for while and it took us literally 20 feet and then we got off and started to board,” Goodman said.

The sense of camaraderie between the Canadians in such an ordeal and at such a irregular time and place was thick and Goodman admitted to making some fast friends on the plane.

“I think because I was so young and flying solo that people wanted to check up on me make sure I was ok that was really nice,” Goodman said

But the hurry-up-and-wait nature of this journey home had another moment of panic when one of the flight attendants left their mic open. After waiting on the runway for what seemed like eons, a member of the flight crew said openly that if the plane didn’t take off in the next three minutes, everyone would be staying the night in Lima.

You can imagine the reaction of 300 plus already on-edge travellers to that notion.

Finally, it was wheels up in Lima and Pearson bound and the entire plane erupted into applause.

“It was just so surreal,” Goodman said. “We were all so happy.”

After eight hours plus of flight time, Goodman touched down in Toronto around midnight and emerged from baggage claim weary but never so happy to see her parents Dean and Wendy and her brother Tucker.

When asked if this experience would turn her off international travel, Goodman figures this was a once in a life time experience and the odds were now in her favour

“After all this, what could possibly go wrong the next time I choose to go somewhere?” Goodman asked with a laugh

While Goodman has returned, a second Prince Edward County native Krystal Jones remains in Iquitos, an isolated village on the Amazon in the northeast corner of Peru.

A social media post by Jones indicated that a flight from Iquitos to Lima would connect her with an Air Canada flight to Toronto this week was in the works but hopes were dashed when it was determined the local flight was for EU citizens only.

Jones continues to wait for updates and a chance to return to Prince Edward County.