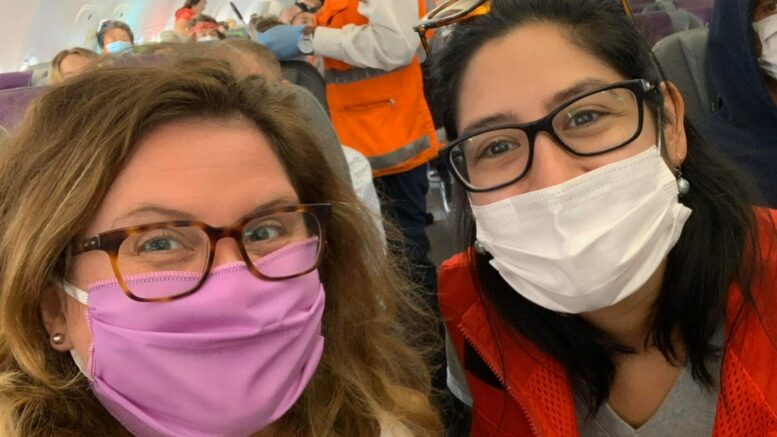 Once the world has a returned to normal, a “Peruniuon” is in order in Prince Edward County.

The second of two local women stranded in Peru after that South American country went into a sudden military lockdown in mid-March due to the COVID-19 pandemic has returned home.

The Air Canada flight carrying Krystal Jones and a number of other weary Canadians being repatriated touched down at Pearson International Airport early Sunday morning, almost eight days to the hour after fellow County native Emma Goodman returned to Canada. 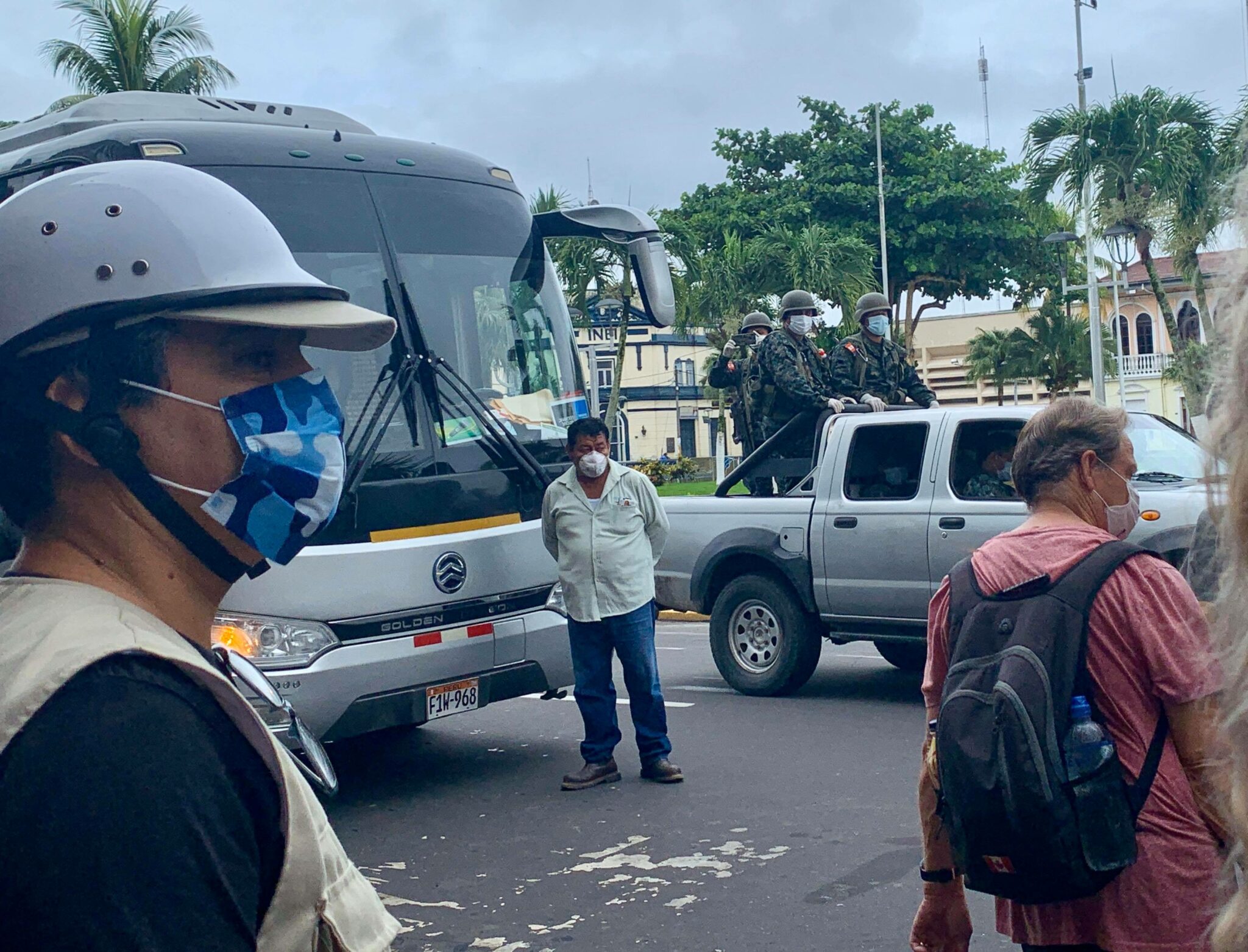 Jones was taking part in an international photography course at the mouth of the Amazonian jungle in the northeast quadrant of the country. The port village of Iquitos on the Amazon River became the Picton Main St. business owner’s home-away-from-home when the Peruvian government announced they were commencing a military lockdown.

A national curfew was instated, airports and roads were closed and movement was limited.

While Goodman was located somewhat closer to the capital city of Lima and the international airport that could connect her with Canada, Jones was in a remote part of the country that could only be accessed by small aircraft, making her journey much more arduous and rife with logistical nightmares.

While there were upwards of 1,000 of Canadians in Cusco, the Inca-era capital where Goodman was located and created a critical mass for the Canadian Embassy in Peru to organize flights to extract expats, the more isolated Iquitos only had about 50 Canadians looking to return home.

“And some of those weren’t even in Iquitos. Some of them were a day or half-a-day up the Amazon,” Jones told the Gazette Tuesday. “Logistically, it was a lot more difficult to organize things.”

Where Jones and her fellow Canadians ran into issue was getting from Iquitos to Lima at a time when an Air Canada flight would be waiting to carry them all back to Toronto.

A heavy-handed military operation from the start, restrictions and getting clearance to get by the security measures put in place by the Peruvian government was an ongoing process of fits and starts.

“We had four or five different flights to Lima that were organized and we’d be thinking ‘OK, we are out of here tomorrow’ and then they wouldn’t get clearance and we start back at zero again,” Jones explained. “The reason we couldn’t get clearance-and I fully agree with it- was that the Peruvian government just didn’t want us moving around the country. Once we were leaving Iquitos, they wanted us going straight to Lima, getting on an Air Canada plane and going straight home.” 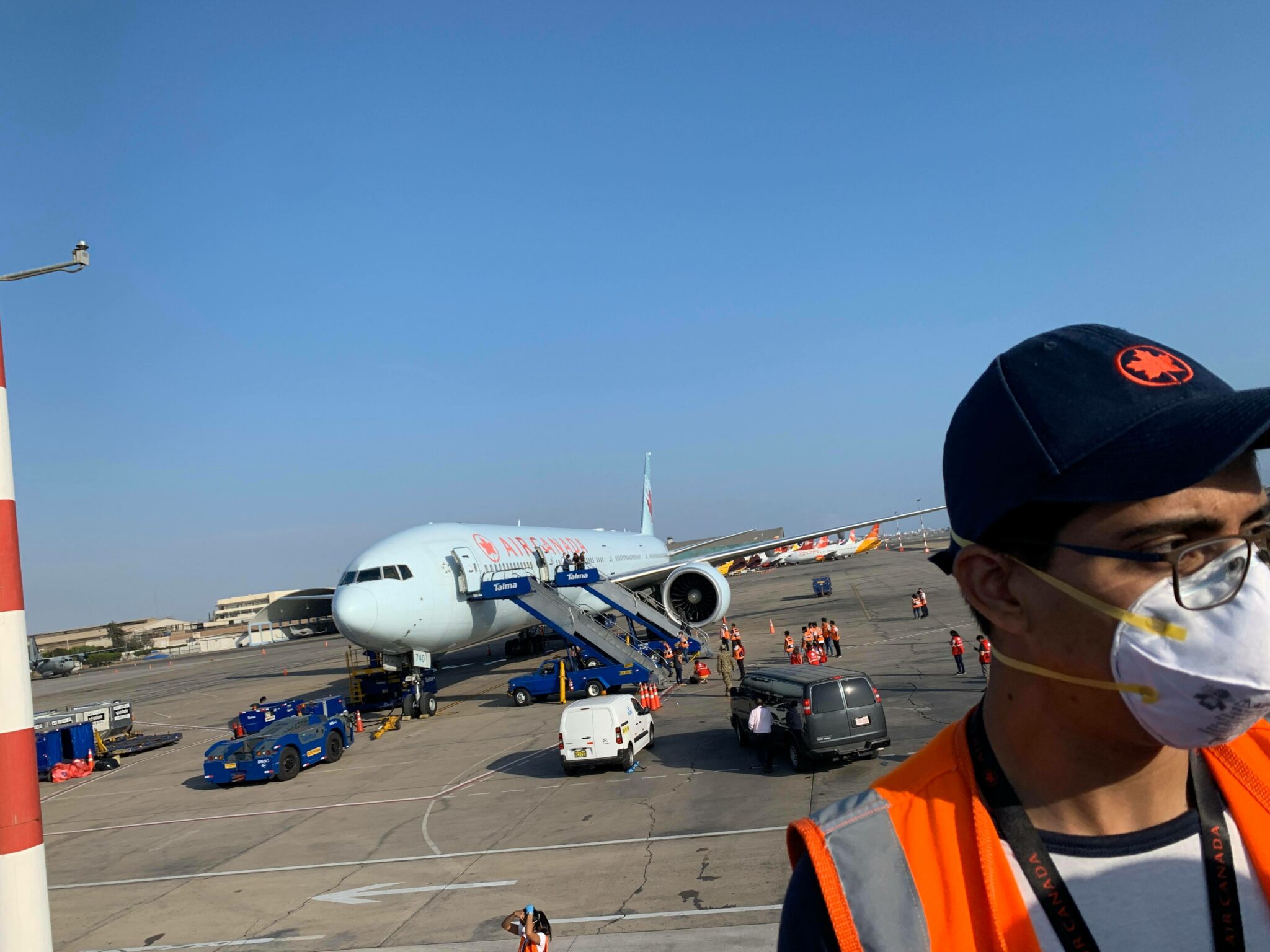 An Air Canada jet on the runway in Lima Saturday. (Krystal Jones photo)

That set of parameters that the visiting Canadians and, more importantly, the organizers at the embassy had to work within, made for a roller coaster of emotions that finally came to a stop on Friday when Jones was alerted by the embassy that a Chilean airplane from Sky Airline would be arriving the next morning to usher the group to Lima.

When she exited the bed & breakfast Friday morning where she was staying, it was the first time Jones had stepped outside the facility in 20 days.

“By law, only one person per household was able to be outside of the home,” Jones said. “So the owner was the only one that was allowed to be going to get food, medicine, etc.”

To further restrict the populace to stem the spread of COVID-19, in the last week the Peruvian government announced that only approved men could be outside of the home on Mondays, Wednesdays and Fridays. For women it was Tuesdays, Thursdays and Saturdays.

“So things were really getting more strict as time went on,” Jones said. “But they had to do it. Their hospitals aren’t equipped to deal with a full blown outbreak.”

So it seemed like the perfect time to skip town and the sight of an Air Canada jet waiting on the runway in Lima was about the height of Jones’ emotions on Saturday afternoon.

“All embassy staff were there, waiving Canadian flags and cheering and I kept saying “We should be cheering for you!” and “Thank you!”,”Jones said. “Getting out of Iquitos was the toughest part so when we landed in Lima, that was probably the best feeling of the entire trip.”

The flight from Lima to Pearson arrived in Toronto and touched down about 1:30 a.m. Sunday morning and Jones was more relieved than anything.

Now undertaking her mandatory 14 quarantine period, Jones is thankful to those that checked in on her via social media and is looking forward to seeing friends and family-once that practice returns to being an everyday routine.

“It’s just really great to be home and back in Prince Edward County,” she added.