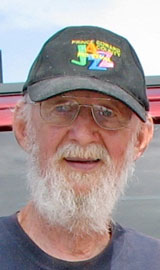 Douglas Alexander Quinn died at 81. We all knew him as Doug. His favourite hobbies were music and gardens. He studied horticulture at Guelph University. He was a member of the Ontario Horticultural Society in Scarborough. When he came to Prince Edward County he joined the horticultural society and became the President of the Master Gardeners. With his wife Carol he joined the jazz committee, the County Photo Club and the newspaper called SNAP. Doug took very ill in 2019 with cancer. That was one of the many things that took him. He died of a heart attack on March 31, 2020 in the family living room. We wish to thank all the nurses, doctors and paramedics who tended to him and his best friend Norm Tapp who was by his side every day and travelled over 11,000 km for health care. Doug is remembered fondly by his loving family – his wife Carol, sister brother, nieces and nephews.