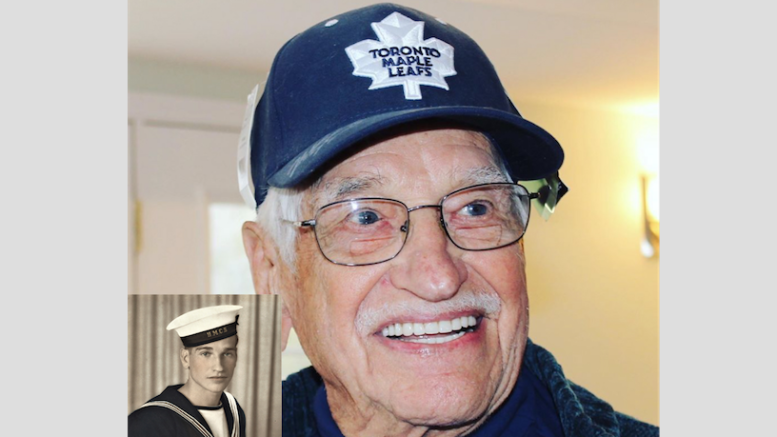 The original plans called for a large, 100 person plus party at Occasions by the Bay but the choice to have a more intimate gathering was made prior to the pandemic.

But plans for even a small gathering were eventually dashed.

“We were gonna have a smaller celebration at the Royal Canadian Legion in Consecon but of course they’re shut down now too,” said Joe’s son, Rick Reid. “So were having a virtual birthday party for him on his actual birthday, Sunday April 19th. I’m still working on the invites but family and friends from across the country almost will be there to celebrate virtually.”

It’s hoped at least 75 of Joe’s friends and family members will join him for well wishes via group web-based video conferencing application Zoom.

Joe’s granddaughter Jessica Reid has been active on social media hoping to get the attention of  Toronto Maple Leafs organization and has been in touch with  the CBC’s new program What’re You At? with plans being set for an online visit with Joe recorded this week.

“My dad’s a huge Toronto Maple Leafs fan and the CBC are trying to get a Toronto Maple Leaf player-hopefully Mitch Marner who is dad’s favourite player- to come on the Zoom chat on April 19th,” expressed Rick Reid. “Dad went to his first Maple Leafs game in 1937 and got to watch names like King Clancy and all the names older hockey fans would recognize. He’s been a Leafs fan his whole life time and even though they won 12 Stanley Cups during dad’s first 50 years, they haven’t won any in his last 50 years! But he remains a die hard fan!”

Another person scheduled to join in the Zoom chat Sunday is Joe Bowen, the radio voice of the Toronto Maple Leafs for 38 years. 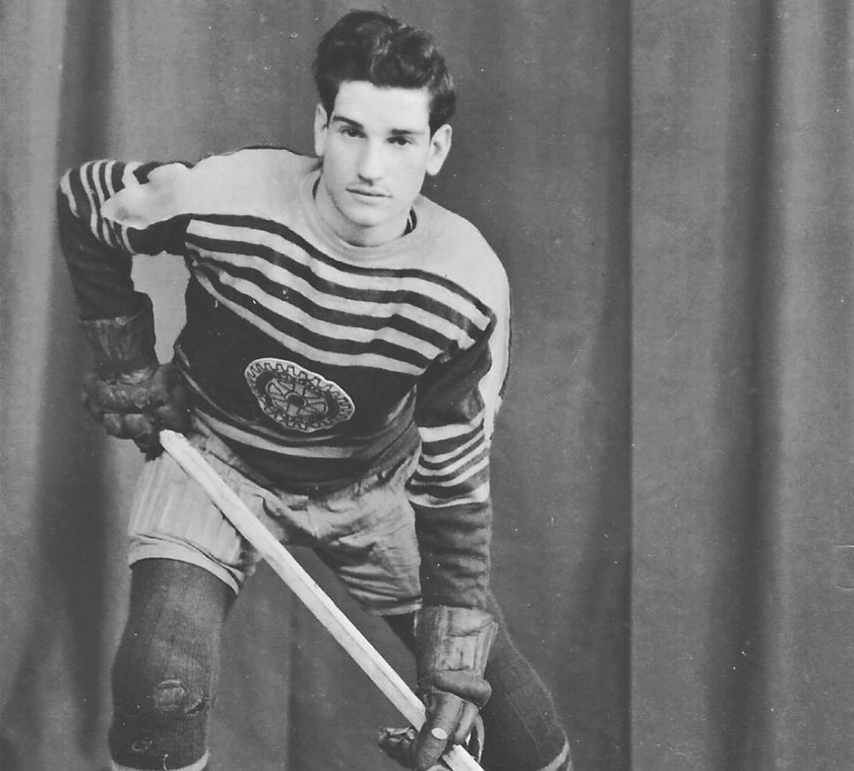 Joe Reid was a junior hockey player of note in the Quinte area in the late 1930’s. (Submitted Photo)

Joe Reid was born in a farm house north of Adolphustown in 1920 and was the sixth of seven children.

In 1928 the family moved to Trenton where he went to high school and even played touch football with Al Purdy, the famed poet of Ameliasburgh.

Living through the Great Depression wasn’t easy and the years became tougher in 1936 when Joe’s father became disabled and couldn’t work. At the age of 16 Reid was forced to leave school to go to work to help support his mother and younger brother.

Despite having to go to work at an early age, Joe Reid was still able to strap on his skates and was one of the best players on the Quinte Macs, a junior hockey club based in Trenton that competed in the Quinte Junior Hockey League against outfits in Picton, Belleville and Napanee.

Joe Reid and his fellow Macs were featured on the front page of the Toronto Evening Telegram in February, 1939.

This was all during a time when Joe had enlisted in the Hastings & Prince Edward Regiment’s reserves  in Belleville.

But when WWII broke out in 1939, Joe made the decision not to enlist in active service as he was still financially helping his mother, brother and disabled father.

However, the call to help the Dominion beat back Axis powers became too strong  and when 1941 rolled around,  Joe and two friends decided to enlist. At first, the trio tried the Air Force Base in Trenton but the RCAF were not recruiting at the time. The group then hitchhiked to Picton to join the Regiment but the recruiting officer was out on a two hour lunch; finally they decided to thumb it to Kingston where they joined up the Royal Canadian Navy.

From 1941 to 1945 Joe served on mostly destroyers and frigates as a Master Stoker but also spent time on a Corvette and completed some time training on a submarine. During this time, his outfits escorted the merchant ships criss-crossing the Atlantic as supplies travelled back and forth from North America to England.

After the war, Joe Reid ended up with CP Rail and was there from 1946 until his retirement in 1982  at which time his final duties were as a Train Engineer, shuttling the cars at the General Motors yard in Oshawa.

Joe Reid married Phyllis LaMorre in 1946 and the couple had four children together and the family has grown to 10 grandchildren and 15 great grandchildren with the youngest of those having been born earlier this year.

During retirement, Joe kept busy as assistant superintendent of his apartment building as well as helping his children, grandchildren and friends with whatever needs or tasks he could assist them with.

“It’s been a pleasure having my dad with us for this long,” Rick added. “As my wife and I were working in the Toronto area, we bought this place on Weller’s Bay just over 12 years-ago.  In 2008,  my dad moved in all by himself when he was 88, he looked after the place and was in amazing shape. He would drive himself into Copperfield’s gym in Trenton and workout three times a week, and then would cut the grass and rake the seaweed off the shoreline, tend the yard, he was a great handy man. He’s just been a great role model and been staying healthy and he still works out and goes swimming. He’s slowing down- he cracked two ribs a week and a half ago, but that’s water off a duck’s back for him, he’s in some pain but he’s still getting around. And without a cane!”