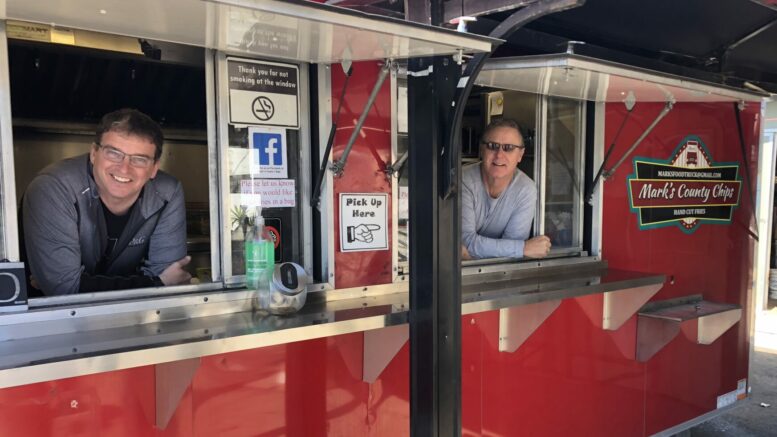 A well known character in the Picton business community is making his return in what promises to be a tasty sequel.

Former owner of Town and Country Video Gavin Bonham-Carter is the new owner and proprietor of Mark’s County Chips on Lake Street. Bonham-Carter purchased the well known and popular take out business from Mark Kennedy earlier this year after the native Kingstonain and now County resident made overtures via the walk-up eatery’s social media page he was looking to exit the business after 12 years.

After three years of factory work which started almost immediately after he rented Town and Country’s final DVD, the affable Picton resident was looking for a change in direction this winter. Kennedy and Bonham Carter started communicating over the winter months and eventually agreed to a deal that included the former assisting the latter during the 2020 ramp up.

The pair took time out of the regular preparation activities on Monday morning to speak with the Gazette.

With all the uncertainty surrounding the business community as it deals with the ramifications of the COVID-19 pandemic, Kennedy said this season’s opening- which like the closing is generally weather dependant,-was uncertain.

“It was probably a week later than usual just because of the uncertainty of the situation,” Kennedy said. 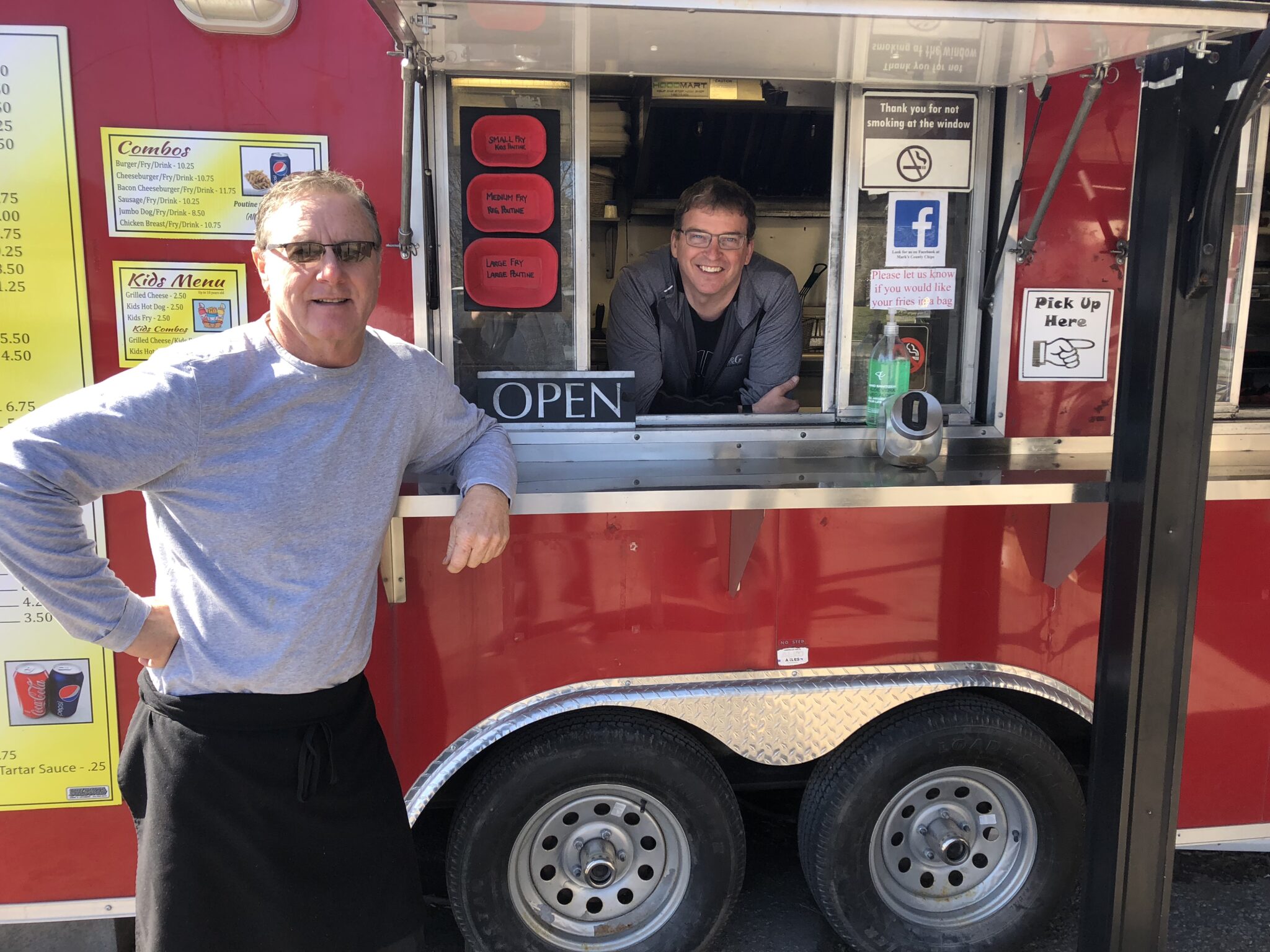 But when the fryers were turned on and the hand cut french fries were sliced, customers old and new started showing up for their first early spring taste of a Prince Edward County main stay.

“The first Friday night was really special and interesting,” Bonham-Carter said.  “A lot the customers I would see on Friday nights at the video store were here, placing orders, saying hello.”

The number of  followers of Mark’s County Chips’ Facebook page swelled by over 400 followers once word got around Bonham-Carter was making a return to the local business scene, leaving Kennedy to quip that he “should have hired Bonham-Carter a couple of years ago.”

It was serendipity that brought Kennedy to Prince Edward County to open a take-away chip truck in 2009.

A summer prior, Kennedy was looking to re enter the eatery business and bought a chip truck and started scouting for locations from Trenton to Brockville that were not too far north or south of the 401 corridor.

Fate would pull Kennedy to Canadian Tire in Picton as the franchisees at the time were regular patrons at his River Mill fine dining restaurant in Kingston several years prior.

“They were going to Queen’s University at the time and I had served them as students. When they realized who I was and that connection, they said get up here and talk to us and that’s how I landed at Canadian Tire in Prince Edward County. I could have been in Napanee, Belleville but I ended up here,” Kennedy explained.

What developed as the seasons rolled by was a happening lunch and supper hot spot -popular with both locals and visitors- that focused on great food at reasonable prices, served up hot and fresh with a smile.

“I was surprised there wasn’t a chip truck here already and I was lucky enough to get in and start growing the business and develop a really loyal following,” Kennedy added.

When it came time for the Canadian Tire store and parking lot to be remodelled, Kennedy relocated to Lake Street across from the County of Prince Edward municipal garage and the valued and dedicated customer base either followed their noses or the rush of crowds that were ready to kick off spring with a box of hot and fresh french fries drowning in ketchup.

It’s not hard to tell Kennedy has enjoyed starting up and running his Picton-area business by the way he recalls favourite customers and the memories made each season. However, the restaurant industry can be “tough on the body.”

“Especially if you are working it day after day and my body was telling me it was time. When you look at the restaurant industry, people usually do this five to seven years and then start looking for something else,” he said.

Kennedy’s exit strategy involved finding the right person to sell the business to and Bonham-Carter was the perfect fit.

“You couldn’t find a better person in Gavin because he knows everybody or everybody at least knows him and he’s got that energy you need and he’s willing to go above and beyond and not count hours,” Kennedy said. “In this business, you do the work that needs to be done and don’t worry about a 40 hour week because there’s no such thing as a 40 hour week. You go until the job gets done.”

Retirement or at least semi-retirement seemed to be calling Kennedy’s name and the exiting owner wished to thank this community and its patrons for supporting him for the last dozen years.

“I couldn’t have asked for a better location or customer base than I’ve had in Prince Edward County. I’ve been accepted here and I will continue to make my home here because I really love it,” Kennedy said.

As for any drastic changes to the menu or even the chip truck’s name, Bonham Carter said he was more than happy to keep things status quo.

“Why change what works? Mark Kennedy has developed a great business, he has an outstanding reputation and people love the food here. We are going to continue on in that tradition,” Bonham-Carter added.