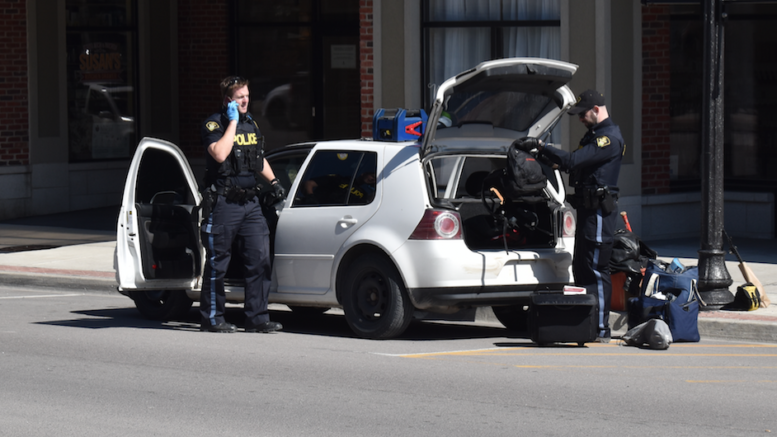 A mid-day traffic stop by a member of the Prince Edward detachment of the OPP on Picton’s Main Street Monday afternoon has netted a Centreville man with a laundry list of drug, weapons and Highway Traffic Act charges.

Around 2:30 p.m. a Provincial Constable checking licence plate numbers noticed plates attached to a white hatchback  passenger car were not associated with that particular vehicle and a traffic stop was initiated.

During the stop, officers observed alcohol and cannabis readily available to the driver. A subsequent search revealed an amount of suspected Crystal Methamphetamine.

Roger Venton, 40, from Centreville, Ontario has been charged with the following offences:

The accused was released from custody and is scheduled to appear in the Ontario Court of Justice in Picton on June 24, 2020