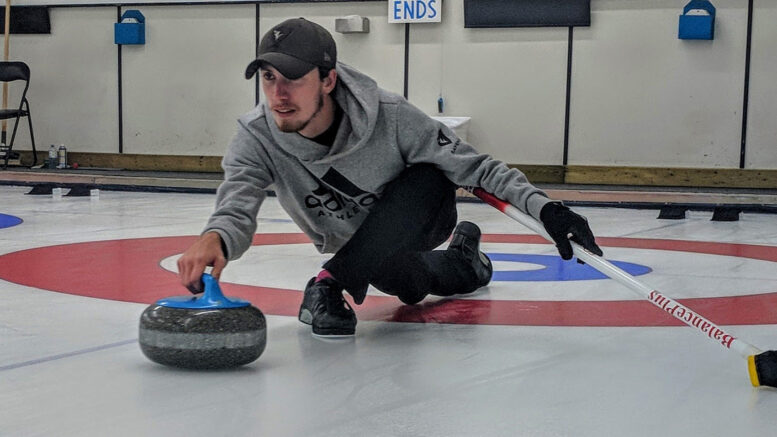 MAKING ENDS MEET Picton’s Wes Stakes was named at the Carleton University Ravens most improved curler in 2019-20. The PECI graduate was part of the rink that won the 2019 U Sport national championship for the Ottawa-area school. (Submitted Photo)

A dedicated Prince Edward County curler who elevated his game during a post-secondary career that included a national championship had his efforts recognized last month.

Picton product and Carleton University graduate Wes Stakes was named the curling team’s most improved curler for the 2019-20 season through the Ravens athletic awards program.

The Ravens rink, which had designs on defending its 2019 Men’s Ontario University Association and U Sport Canadian club athletics championships this spring were bounced in an upset by the Brock University Badgers in the 2020 OUA Bonspiel’s elimination quarterfinals, leading to a disappointing end to Stakes’ post-secondary athletic career.

After arriving at the forefront of Canadian University men’s curling last season, Stakes told the Gazette the rink was eager to defend their titles but fell to the upstart Badgers.

“We were undefeated at 7-0 going into the quarterfinal against Brock but we just had a few hiccups and they played the best game of their season,” Stakes said.

The loss was the end of the line for the PECI alum who served as alternate over the last two seasons but his coach was left impressed by Stakes’ dedication and doggedness to become a better curler during his post-secondary career.

Ravens coach Tom Sinclair explained Stakes fulfilled the role of alternate as well as a team manager and took care of all types of essential and non-essential details including equipment and practice time during the 2019 national championship run. And he also performed on the ice.

“He didn’t curl a lot at the 2019 U-Sport championships but his stats were among the highest in the field,” Sinclair told the Gazette. “This season he was again an alternate but he was able to perform very well in order to keep the team fresh heading into the OUA play downs. Unfortunately, we were upset in the one game we could not afford to lose.” 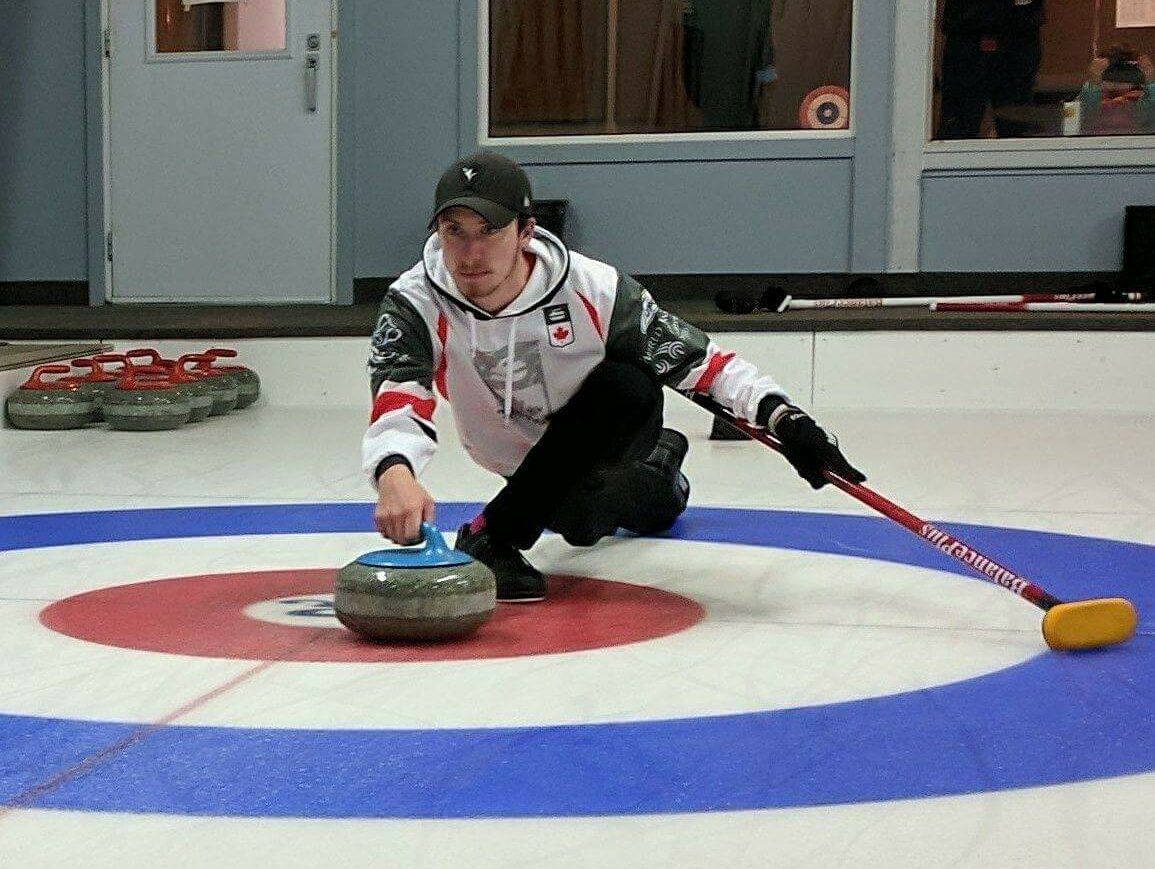 Stakes wasn’t exactly a neophyte when he arrived at CU but the local certainly didn’t have the same level of curling experience of his teammates.

“We have a depth of field at Carleton that’s recognized across the country and that is by virtue of development of young curlers coming out of the Ottawa Valley. So there’s a boatload of curlers that come and try out that have provincial and even national experience in some cases. “

Stakes had none of that experience but what he did have was drive and desire to be part of the Ravens rink.

“He just put his nose down and over five seasons really developed into a top-notch player and so when he took on the role as alternate, he was the curler with the least amount of high level curling experience but he performed so well. This award is for the 2019-20 season but it’s also a recognition of his career at Carleton University,” Sinclair added.

Being able to fill a role with the Ravens and manage his post-secondary course load was not lost of the club’s coach.

“The reality is that Wes developed unlike many of the players that come to us from the region with higher experience levels. They are coming to us from secondary schools where the academic intensity isn’t as intense (as post-secondary studies) and they’ve developed steadily since the age of 15. But Wes took it the other way. He put a lot of time and effort into his development as a curler while still balancing his studies and it’s not the easiest thing to do at this level,” Sinclair added.

In order to keep his game sharp, Stakes curled three nights a week in an Ottawa area league and practiced with the team when ice time could be secured.

While no one can figure on when life will return to normal post- COVID-19, Stakes is non- committal what his curling schedule will look like this upcoming season. Stakes said he was looking at taking a season off of competitive curling to recharge the batteries but is willing and has been in talks with some competitive curlers in the region

“In the competitive side of things, you go out, throw 30 rocks and work out and build your body up or you go out and constantly try and tweak little things and it can be a grind,” Stakes explained. “I might take a season off, have some fun with the sport then see where I’m at.”

Nonetheless, Stakes knows he’s a far better curler than when he graduated PECI a handful of years ago and his eager to bring his skills to the local sheets some time soon.

“I love to make a ridiculous triple run-back double in a meaningless Wednesday night league game and have people look over think ‘Boy, I wish I could throw that’, that’s what I get a kick out of when it comes to the sport,” he added with a laugh.