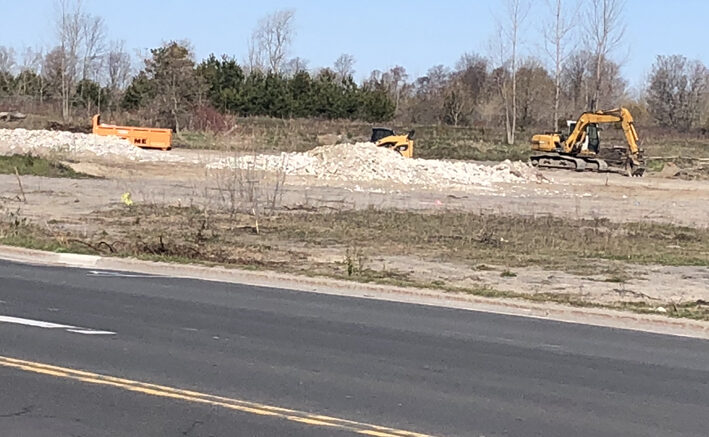 IN DEVELOPMENT Work at a west Picton shopping centre that will be the home of Picton Foodland (Formerly Sobeys) continues Wednesday morning. (Jason Parks/Gazette Staff)

The pleas of a developer to reinstate a reduced fees rate for a west Picton shopping plaza has fallen on deaf ears at the virtual Shire Hall horseshoe.

Jamie Chisholm of Picton Properties spoke to Council during the last Regular Council Meeting. Chisholm addressed council requesting a review of the development costs, including development charges and service fees associated with his company’s planned plaza on Loyalist Parkway.

A report from the Development Services Department recommended council approve the development charges reduction rate that was in place as of December 2018.

The new plaza was intended to consist of Foodland, Dollarama and a fast food chain. Last fall, Picton Properties received site plan approval from council at a time when the development charges were significantly reduced to incentivize commercial developments.

Given the current economic climate precipitated by the pandemic, Chisholm noted there are few restaurant retailers looking to develop.

“Any plans that Picton Properties had for this site with other retailers, most notably restaurants, have completely disintegrated,” stated Chisholm “There is no restaurant retailer, sit down, take out or fast food that will entertain a new location or lease commitment for the foreseeable future.”

Even before the current economic climate, Chisholm noted that the current development plan was “challenging”.

“Certainly this development, even in advance of current challenges we’re all facing, was challenging from an economic perspective. The cost of developing bricks and mortar with significant land costs, carrying costs and the process is cumbersome,” he stated. “The current pandemic certainly has impacted a significant portion of what we thought would be beyond phase one.”

Four years ago, when Picton Properties began pursuing this development, they had envisioned it being completed and operational.

“Our hopes and expectation was that it would be open by now. The process and the timing for this development was not controlled by us. Certainly, if we had the choice, we would have tried to find a way to bypass the Ministry of Transportation Environmental Approval process but we had no control over that,” asserted Chisholm. “

Picton Properties request to Council Tuesday was not only an issue of fairness but about keeping with what the originally expectations had been, both in 2016 and last year.

“The development charges rate that we are expecting was the rate that was in place throughout our approvals process,” said Chisholm. “Were it not for the MTO EA process on a provincial highway this Centre would likely have been operational over a year ago- maybe two.”

Furthermore, he stated, it is ironic that as soon as development was able to commence, the development charges rate went up.

“In terms of other items, the site has and had an existing water service for the five buildings on site and we’ve been paying for that service since we owned the site in 2018,” said Chisholm.

From providing jobs to a larger tax payout to the municipality and a safer shopping environment for patrons, Chisholm argued the new development would be a contributor in the community

“If this development proceeds, it will bring a lot to the community. It will create significant new jobs and even before the pandemic, I think that was a consistent objective in the county,” he said.

“What’s especially true today is this shopping centre, compared to current location of Sobeys, will create a better and safer shopping experience,” added Chisholm. “Currently, the ability for staff and customers to social distance is challenging to say the least.”

Financially speaking, the developer argued that the proposed development would produce 15 times the tax payout as the site currently generates. 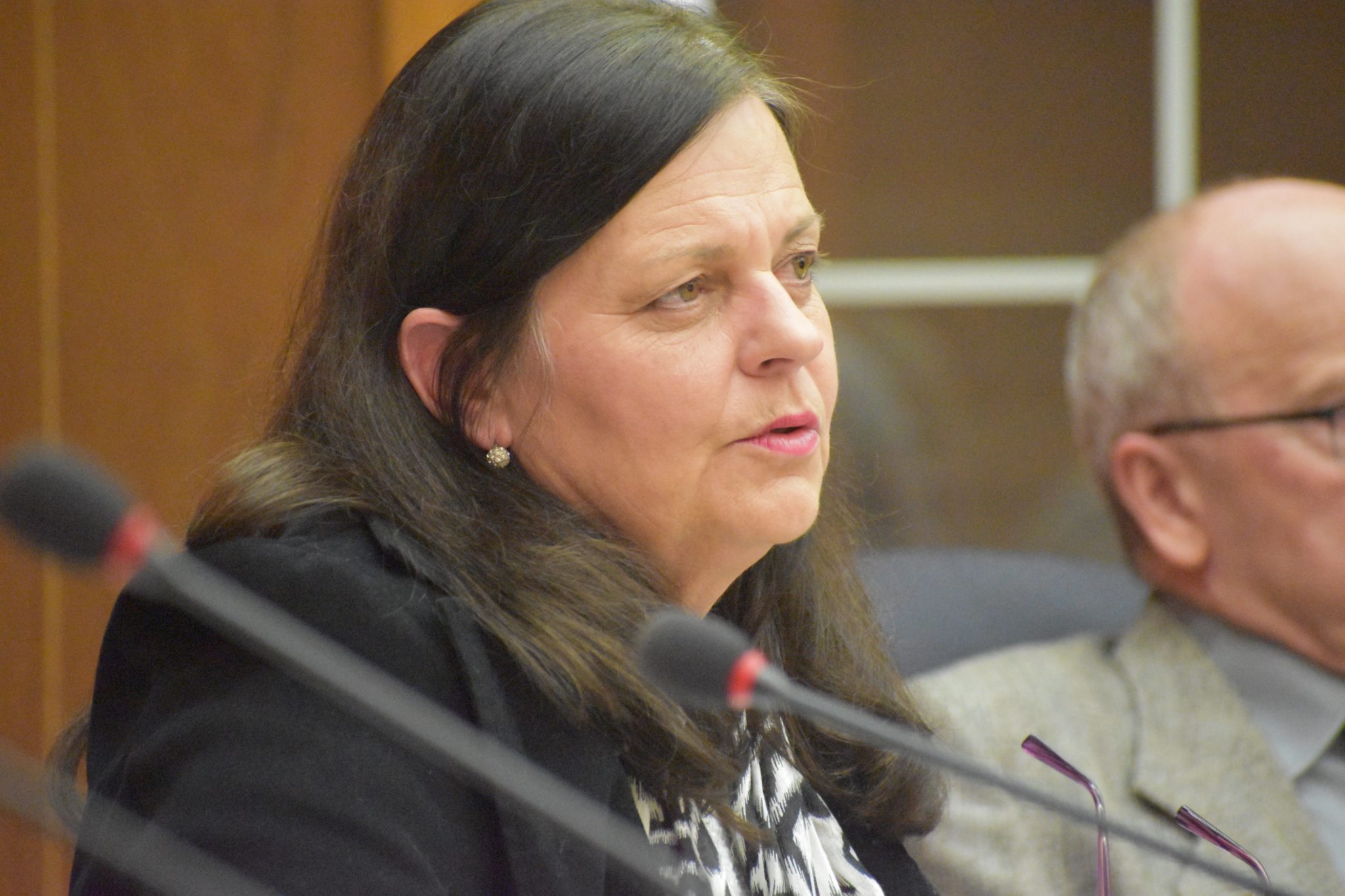 “Last year, the fees in place were $1.77 per sq ft for commercial development. We’re asking that remain in place for a first phase,” Chisholm stated. “We certainly would have like that to apply to the entire development., but after constructive consultation with staff, it was agreed that this rate would apply to the building phase one only. That is the Foodland building at back of site.”

Chisholm also asked that the water connection fees be waived, citing it as potential “double dipping”.

“We have an existing water service, we’ve contributed on top of that another $88,000 for the extension of that service,” he explained. “The notion that we should have to pay a connection fee for a water service that already have and that we have paid 100 per cent of the cost of the new infrastructure for seems like double dipping.”

Councillor Janice Maynard questioned Chisholm as to whether or not he had understood that the reduced development charges that had been in place were temporary.

“When you started the process through the planning department the reduced development charge’s were in place at that time. Were you aware that they were a temporary measure and reviewed annually by council and could be repealed at any time,” she inquired.

“And also,” continued Maynard, “that any reductions made up to the development charges had to be refunded through the rate payers?”

Chisholm replied that seeing as the incentive was put in place to encourage commercial development, it is ironic that now such a reduction in rates has been eliminated.

“I guess that’s true of any bylaw. I certainly think that if the basis of the incentive was to encourage commercial development, and to the best of my knowledge this may be the first commercial development over that period of time, it seems ironic that now ready to go the decision is to eliminate the very incentive you put in place to encourage companies like mine to invest,” Chisholm replied.

Councillor Jamie Forrester queried Peter Moyer, Director of Development Services as to where the money for such a reduction would come from.

“How much of this development charge reduction would be paid by general tax base? Where does money come from,” he asked.

“The amount is roughly $50,000. Every year there is a development incentive budget item,” explained Moyer. “For example, this year I’m told it’s somewhere in the $325,000 range, which covers last years development charges incentive. So, next year the $50,000 would get covered by that. That is made up by the tax base.”

Based on comments made by Chisholm, pending the MTO EA the development is expected to proceed and will include the Foodland and Dollarama tenants however a fast food chain seems unlikely to materialize at this stage.