Thoughts and prayers-while a nice sentiment to offer families who have just lost a loved one to gun violence, do nothing to prevent the next tragedy.

Which is why it was refreshing to see Prime Minister Justin Trudeau’s recent announcement that the federal government would be banning 1,500 assault-style firearms effectively immediately.

In the wake of the deadliest shooting in Canadian history in Nova Scotia just two weeks prior, the ban is a step towards preventing another-though how big a step is certainly up for debate.

The ban is far from perfect. It certainly doesn’t magically ensure a similar tragedy will never happen again. More attention and enforcement directed at the US-Canadian border towards those that would illegally traffic these types of weapons would be a good addendum to the new legislation. But the ban is a step in the right direction, if only because very few, if any, steps towards preventing an assault rifle fueled mass shooting had previously been taken.

An assault rifle has one purpose-to rapidly fire a large amount of ammunition. It is true the vast majority of assault rifles made and sold to the public will be used for firing at inanimate objects in a firing range.

But place them in the wrong hands, as the country saw on April 18 in Nova Scotia, the results can be devastating. That these guns can be legally owned, and in the case of the United States legally carried by anyone on a crowded street, is unsettling.

Speaking of the States, it’s been reported most of the guns used in last month’s deadly shooting originated from there. For that, many are quick to point out Canada’s ban will do little to stop a similar tragedy.

That’s far from the only criticism leveled on Trudeau’s ban. Another is the way in which it happened-in the middle of a pandemic with no debate. Certainly not something we’re accustomed to seeing in Canada-but then again neither are mass shootings. The Liberals were elected-albeit as a minority government-on a platform that included gun control and the Nova Scotia shooting was no doubt a catalyst to push for the ban to be enacted.

As welcoming as it was to see a government act quickly to get something passed-at least for those who wanted to see it passed-the matter in which it happened as well as the lack of details in the motion will make it easy pickings for the opposition. The wording in the ban itself has many wondering what exactly is an ‘assault-style’ firearm.

For those reasons, it’s easy to assume the ban will be challenged by the opposition when parliament returns to full swing. It’ll also no doubt be a topic that comes up when the next election cycle ramps up, with a challenger likely to lock up quite a few votes if he or she promises to revoke it.

While this ban has its faults, hopefully anyone willing to challenge it will have a better idea to prevent further gun violence.

Because Canadians deserves more than thoughts and prayers. 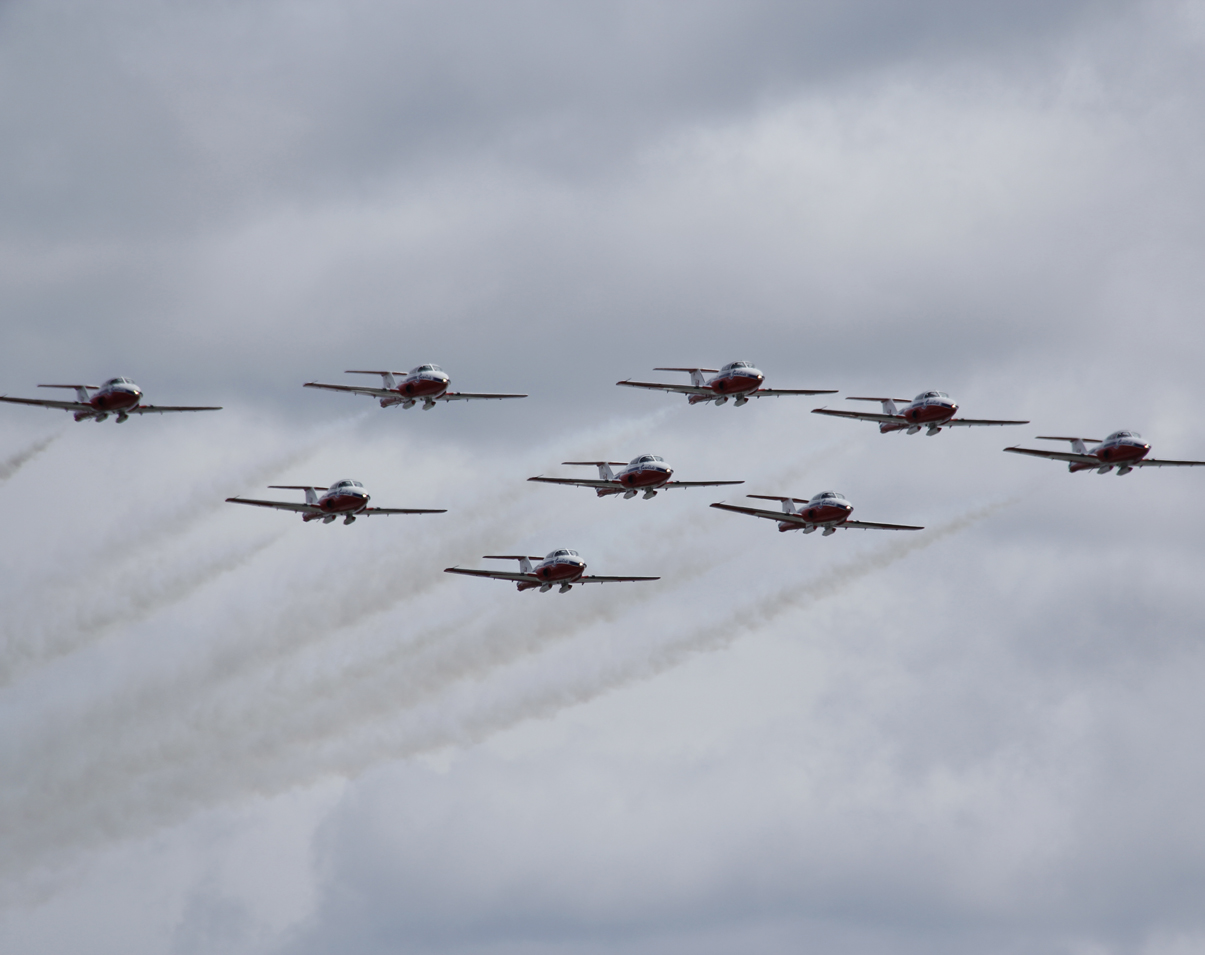 AN INSPIRING SIGHT The Canadian Forces Snowbirds were visible from northern Prince Edward County on Friday afternoon as the nine jet air acrobatic team continued Operation Inspiration, a cross-Canada salute to Canadians who are doing their part to stop the spread of COVID-19. The Flyover across the Quinte area was at a height of no more than 500 ‘. After landing at CFB Trenton, the team continued their tour west with a flyover of the City of Toronto. (Desirée Decoste/Gazette Staff)