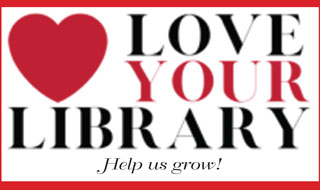 Since we have closed our physical library branches we have been doing a lot online – storytimes, author events, tech workshops, ebooks and more.

We recognize that not everyone has easy access to the internet, so we are always looking for new ways to connect with you. We share updates regularly in this column, and know that many of you look to the newspaper to see what we are up to.

It is always fun to hear someone tell me they have read this column or recognize my name from the newspaper.

Recently we have added a new way of reaching you thanks to the Picton Kinsmen. The Kinsmen manage the Community Channel on Eastlink Cable and you can now join us there daily around 7:30 a.m., 1:30 p.m. and 7:30 p.m. to see our storytimes, Functional Fitness and more. We are grateful to the Kinsmen’s ongoing support of the library. The Picton Kinsmen note that they are currently not able to raise money in the same ways as before, and their cable bingo events on Thursday evenings at 7 p.m. is their only source of fundraising for the community at this time.

They are now making these events available via YouTube as well if you search “Picton Kinsmen Bingo” During bingo they will give away 2 free movie passes to the Regent Theatre courtesy of The Regent Theatre as well as their regular cash prizes.

Cards are $1 each and available at Thorne’s Variety, Scott’s Store and Esso Fuel and Car Wash. Every 10 cards you buy gets your name in a draw for a large pizza donated by Prince Edward Pizza.

In addition to newspapers and television, we are also expanding our offerings to the radio!

We are thrilled to announce that through a partnership with 99.3 County FM, we will bring the highly-anticipated County Reads debate to the radio.

We were disappointed to have to postpone the popular debate, and are thrilled that this year’s edition will be broadcast on Sunday, May 24 after the news at noon. Ken Murray will return to moderate and Lynn Pickering will host. Richard Johnson will defend Bush Runner by Mark Bourrie.  Joan McBride will defend Woo, The Monkey Who Inspired Emily Carr by Grant Hayter-Menzies. Shannon Coull will defend A girl named Lovely by Catherine Porter and Duncan Payne will defend The Marrow Thieves by Cherie Dimaline.

This promises to be a lively and exciting debate! All of these books are available on Overdrive at peclibrary.org.

You will be able to vote for your choice at peclibrary.org or by phoning (613) 476-5962 and leaving a message. We are thankful for our many community partners including the Picton Gazette, the Picton Kinsmen, and 99.3 County FM for making it possible for us to connect with the community in many different ways.