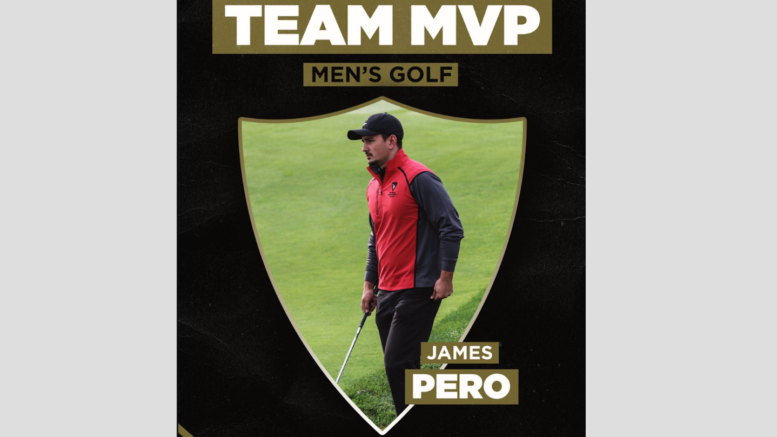 A Prince Edward County native has left an incredible legacy with the Carleton University Ravens golf program and recognized as its most valuable player from the 2019-20 season.

Bloomfield’s James Pero will graduate later this year from Carleton with a degree in commerce and his four years at the Ottawa post-secondary institution has been marked athletically by a solid Ontario University Athletics career where he performed admirably for the Ravens on and off the golf course. 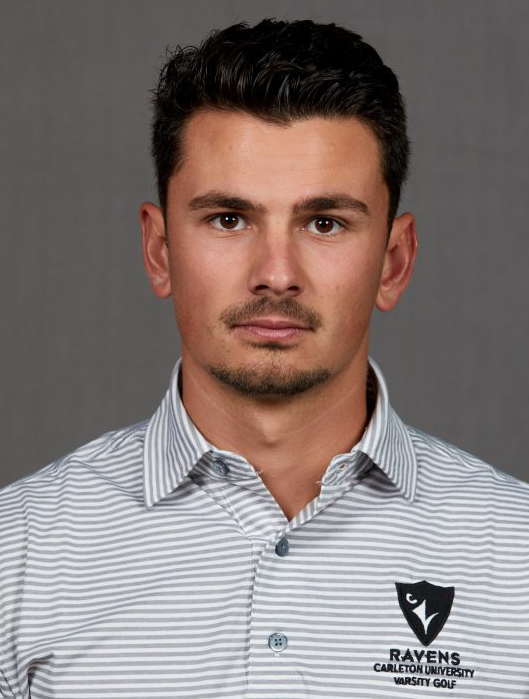 In the fall of 2019, Pero served as team captain of the eight member squad who play a compressed schedule of tournaments all over Ontario from early September to mid-October, often playing one or two tourneys a weekend while playing four to five practice rounds during the week.

Quite a way to kick off the school year, especially in your freshman and sophomore years.

“It’s a huge time commitment for sure,” Pero told the Gazette this week. “It’s a fine balance. There’s a lot of social interaction and balancing your school schedule and competing and getting ready through the week.”

Living in Bytown for the last two years and a member of the prestigious Royal Ottawa Golf Club, Pero said he was honoured to be named the MVP of the Ravens Golf team and admitted he wasn’t surprised by the honour.

“As team captain and going into my fourth year it wasn’t a complete shock. Growing up as a golfer on an OUA team was special and this was a great way to cap off my post secondary career,” Pero said. “I had a lot of fun out the whole experience.”

Ravens golf team coach and Canadian PGA teaching professional Dave McBain said when Pero arrived at Carleton, the former Picton Pirate was a well rounded and outstanding athlete but his golf game”wasn’t where we needed it to be.”

“But he worked very hard on his game and in his graduating year, this honour is a reflection of all that hard work,” McBain said.

As with any type of development, self-realization is the catalyst to improvement and McBain believes it was in Pero’s third season with the team the student athlete had an epiphany. While the courses at Angus Glen and other top-notch tracks throughout Ontario will hold their course quality into the recesses of fall, the weather conditions can wreak havoc on golfers in the later stages of the OUA season.

“In that third season, James took note how the successful golfers from other schools were making adjustments and playing well under the circumstances of the day,” McBain noted. “He ended up redefining what game he wanted to bring and he worked excessively hard through practice and play, through investigating shot shaping with what other golfers were able to bring and he refined elements of his game to match the course and conditions. The synopsis is that James Pero was Carleton’s best golfer by far, tournament by tournament, in the 2019 season.”

While there are success stories and tales of athletes on to professional sports careers from OUA athletic programs, McBain is quick to stress there’s a love of the game combined with the acknowledgment that the student part of the term ‘student-athlete’ comes first for a reason when it comes to Canadian Universities and sports.

“We’re not an NCAA Division I crowd. Players in the OUA stay in Canada because they want the best post-secondary education possible and they are athletically involved because they want to experience the highest level of amateur competition outside of a national championship,” the coach said. “But they are people who are students and happen to be athletes.”

Just making the Carleton Ravens golf team involves a ramping up to a break neck pace before students even arrive on campus.

“It’s like running into a Mack truck because even before you’ve arrived at residence, you’ve already applied to become a part of the golf team. The Saturday when students arrive at residence,they have to grab their clubs and head to the course. Then they have figure out what it’s like to be away from home with all this newfound independence and then try to have your studies in order. It’s very, very difficult grind,” McBain said. 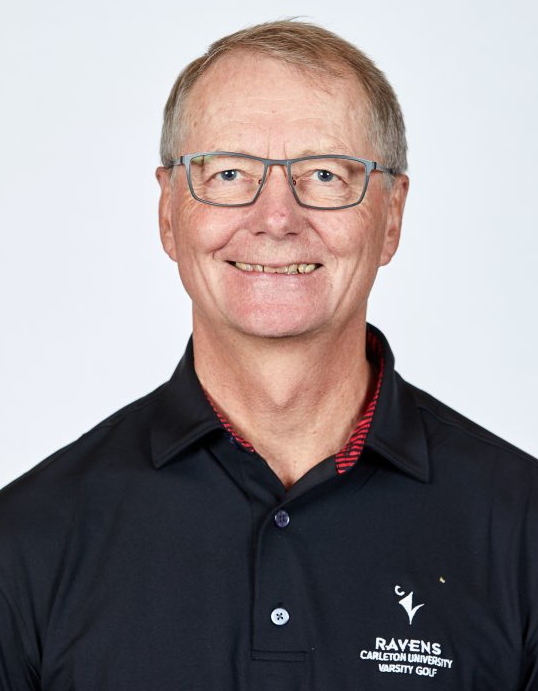 Anyone that regularly swings a club after Labour Day can attest to that unique feeling in their hands after a missed hit on a brisk September morning. And that’s generally when the sun is at least shining. How about when weather isn’t so pleasant and the days grow dreary?

Those uncontrollable elements and Pero’s drive to adapt to them is part of the young man’s success story according to his coach.

“The real killer in the OUA golf season is the weather. It’s more common than not we are playing in 40 kmh winds and temperatures that lead to frost delays in the morning and then rain and even snow flakes. You have to have the type of game that can adapt to those conditions and also have the mental prowess to persevere and play it shot-by-shot and not worry about outcomes. It wears you out when you are facing those conditions and you get fatigued and you lose your train of thought and your game can turn on a dime. Bad holes will happen and you have to have the resilience to get past it,” McBain added.

Developing a ‘fall golf’ game was key to Pero’s success.

“It was something James observed in the early part of his OUA career and he eventually came to the conclusion that unless he learned to flight the ball and manage where he was playing to on the course he would stay in his rut. He transformed his ball striking completely so he could really control the flight of the ball no matter what club he was using. If he needed to keep the ball low and penetrating, he could do it and that, from a golfer development angle, was so impressive to me,” McBain said, adding Pero was a ‘Non-stop learner’. “He got away from his high, high drive because a lot can happen to a ball when it’s that high and you are in 40 kmh winds. He adjusted his swing and equipment to get better.”

As Ravens team captain, Pero not only led by his play from the tee box and on the putting green. The coach said Pero worked hard to develop a positive environment at the course but also away from the course, reaching out to each team member throughout the week, organizing social activities as well as team work outs.

“When he spoke, people listened it was positive and encouraging while also reinforcing the messaging of the coaching staff,” McBain noted. “He also viewed himself as a spokesperson of the team so when something came up with the players, he would bring it to the coaching staff.” And on top of the leadership roles and game development, Pero left an indelible mark on the legacy of the program. McBain explained the program is funded in part through a pay-it-forward program. When players show up the first year, a large part of the expenses are paid- golf bags, clothing, travel, other equipment, etc. are covered.

“We ask they then go out that summer and do fundraising that each player raises a minimum of $250 each,” McBain said.

Pero took that commitment to the next level, utilizing his employment and membership at Royal Ottawa to build a network of program supporters.

“James thrived on building a network when got himself on staff at the course and he interacted with members, building a network for career and friendship, so when asked about supporting the Ravens, people stepped up and it was incredible what he was able to do for the benefit of the entire team,” McBain said. “ He’s left quite a legacy with the program and very big shoes for the next captain. Fortunately, he’s provided an incredible template of what a leader looks like and how a leader behaves.”

While the COVID-19 pandemic had put a pause on the divot digging activities for everyone eager to swing the sticks, the PECI alumnus was hopeful to get out on his home track which opened yesterday. While his OUA career is down, Pero said he was looking forward to competing for a club championship and playing a few amateur tournaments. Although he, like most all golfers, will need some extra time to get back in the swing of things.

“I haven’t picked up a club since my last tournament last season so it will be interesting to see what kind of game I’ve got. At least most everyone else is in the same boat,” he said with a laugh.