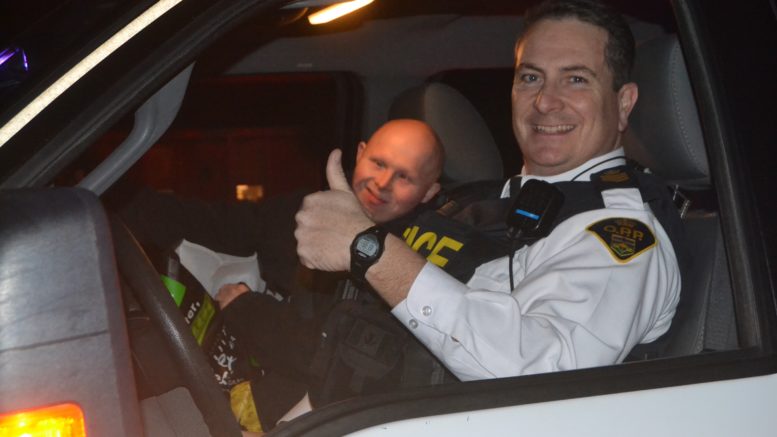 The head of the Prince Edward detachment of the Ontario Provincial Police is looking for public input that will shape the next local community policing action plan.

According to Prince Edward OPP Detachment Commander Staff Sergeant John Hatch, Commissioner Thomas Carrique has released the OPP’s 2020-2022 Strategic Plan  which has been developed with priorities focused on “our people, our work and our communities”.

“It is his plan that guides the development of the individual Detachment Action Plans, which in turn outline the priorities for each community in order to deliver on our commitments and support our local needs,” Hatch said.

To that end, Hatch is hopeful to gain valuable community input for the next three year Prince Edward County OPP Action Plan slated for 2020-2022.

In a typical year, Hatch would have a number of staggered input sessions scheduled for various ward town halls throughout Prince Edward County earlier this year but  2020 is anything but a typical year.

“The input and opinions will be meaningful, because they will be based on engagement and support from the community members, partners and stakeholders,” Hatch said.”I had planned on hosting town hall meetings in the various wards with members of the PEC Police Services Board, but due to the restrictions in place, I will have to elicit feedback through e-mail.”

The three year action plan is a required element for OPP detachments and the previous Prince Edward plan had three ranked focusses.

The categories included Crime (Violent Crime, Property Crime, and Drug Crime); Traffic Safety (which includes safety in relation to highways, trails, waterways, and cycling safety); and  Other policing priorities (in Prince Edward County those include Elder Abuse, Mental Health, Fraud, and the reduction of 9-1-1 calls and False Alarms).

Typically these plans are completed and submitted to OPP General Headquarters in Orillia by the end of May, but due to COVID-19 there has been an extension this year.

In order to create a fulsome plan with community consultation, there are five questions on which Hatch would like the public’s input:

1)      In your opinion, what is the most important policing priority in Prince Edward County?

2)      What changes or improvements would you like to see in relation to policing in Prince Edward County?

4)      What questions do you have about policing in Prince Edward County?

5)      Do you have any other comments, suggestions, or feedback to provide?

The deadline for submitting answers to these questions is June 12, 2020, and Hatch reports he will base the priorities of the next Action Plan on those responses.