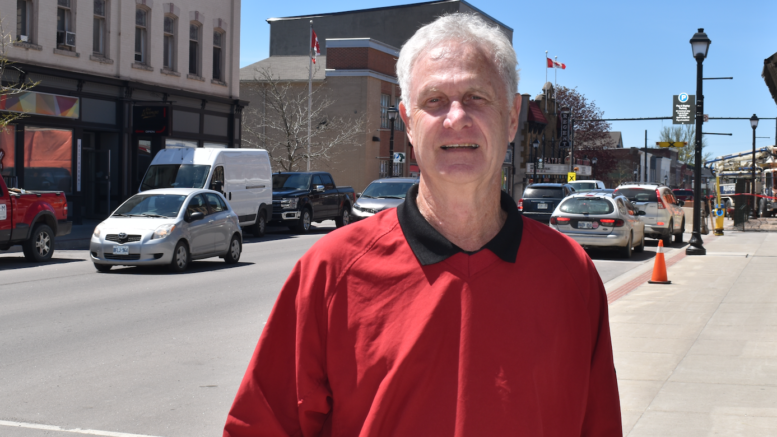 Prince Edward County native and longtime Ontario Parks Superintendent John Drechsler has been appointed to a three year term to the Ontario Parks Board of Directors. (Jason Parks/Gazette Staff)

A Prince Edward County native that’s served as a Provincial Park Superintendent all over the province has been named to a advisory board that will that help shape the direction of the park system.

John Drechsler was named to the Ontario Parks Board of Directors for a three year term starting last month. The Board serves to provide advice on planning, management and development of the provincial park system, including, but not limited to, such items as development of strategic plans, engagement and increased public awareness of the Ontario Parks system and to advise on other matters such as policy and program direction as requested by Minister of Environment, Conservation and Parks the Honourable Jeff Yurek.

Drechsler said he developed his love of parks when he was a young Prince Edward County boy by going to Sandbanks and that love led him to enrol in  Sir Sanford Fleming’s Forestry program. Drechsler wound up as a crown land surveyor in Northwestern Ontario out of college.

“I had always been around the parks growing up and I just had this love for them and the natural environment,” Drechsler told the Gazette.

Transitioning from surveying expanses of crown land in the Fort Frances region, Drechsler’s first major Ontario Parks posting was as Operations Manager of the 1,550 km sq. Lake Superior Provincial Park located between Sault. Ste Marie and Wawa along the northeastern shores of the grandest of the Great Lakes.

It was here where Drechsler was able to realize his passion and combine it with a satisfying employment opportunity.

After time at Lake Superior, Drechsler and his growing family moved further south to the North Bay/Mattawa area where he oversaw a cluster of parks including Samuel D. Champlain, Mattawa River and Driftwood Provincial Park as well as worked alongisde the Interior Program for the governance of the northern reaches of Algonquin Park.

Drechsler’s name among residents and visitors to the Mattawa River and the eastern reaches of the North Bay Area is still spoken highly of as the County native oversaw many improvements and enhancements including the Voyaguer Heritage Centre at Samuel D. Champlain Park where stories and artifacts of the fur trade era are presented.

Eventually, retirement came calling after a tenured career in the Ontario Parks system and Drechsler and his wife Bonnie, also a Prince Edward County native, made their way back to retire locally.

But not wanting to sit idle, Drechsler has stayed involved locally by becoming a committee member of the Friends of Sandbanks and is eager to undertake a three year term with the Ontario Parks Board of Directors.

Drechsler said there is incredible diversity on the 10-member board and includes representation from across the province. Each member has a specialized background and employment history that will help to shape future policy and process recommendations.

“I feel because I’ve had experience at Ontario Parks in various parts of the province, I have a good grasp on what’s been working there,” Drechsler said. “Plus I’m here in Prince Edward County where one of the most attended parks annually in Sandbanks is located so I don’t think it’s any accident I was appointed to this Board.”

Drechsler is in his early days as a member of the Board so he has yet to attend a meeting and isn’t quite sure of how that process will unfold but in general terms and in his personal experiences, he’s curious as to how a changing climate is offering challenges with regards to flora and fauna.

Another aspect is what new initiatives might materialize with regards to operational funding.

“The Ontario Parks system is becoming more and more self-sufficient each year but I think we need to keep remaining and finding new and creative ways to increase the revenue and take the more burden off the government,” Drechsler said.

“We are so lucky in Ontario because we have such a great offering of provincial parks and there’s such a great variety. Depending on what you like, you’ve got beaches here in Prince Edward County and then you’ve got interior Canadian Shield just a short drive away. I’ve enjoyed every park I’ve visited and worked at and I think this incredible diversity is one of the strongest parts of the system,” Drechsler said.