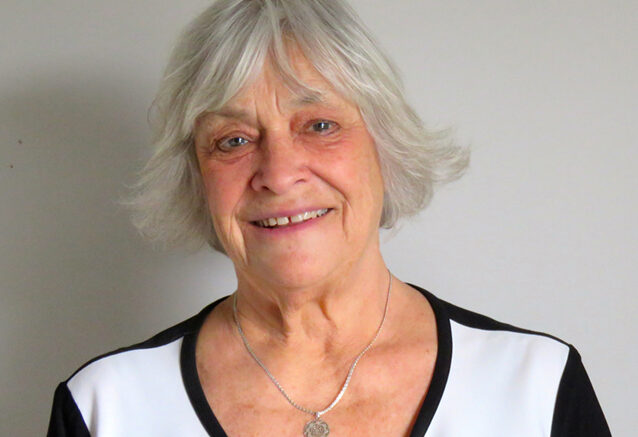 Sophiasburgh resident Judy Kent, who made a career out of including everyone in sport, was named to the Canadian Sports Hall of Fame. Submitted photo.

Decades of work behind the scenes to shine the spotlight on women, disabled and Indigenous athletes have earned Judy Kent a spot in the Canadian Sports Hall of Fame.

The Sophiasburgh resident was inducted as a ‘builder’ in the 2020/21 class, joining the likes of LPGA star Lorrie Kane, two-time NBA Most Valuable Player Steve Nash, NHL’er Sheldon Kennedy, Olympic gold medalist equestrian Eric Lamaze and his horse Hickstead, among others. Each inductee receives the Order of Sport award, Canada’s highest sporting honour.

“I was thrilled and humbled,” Kent said of hearing she’d been inducted. “I knew that I had been nominated but they have a lot of nominations and I was nominated as a builder and usually annually they only pick one builder. However because this year is the Canadian Sports Hall of Fame’s 65th year, they picked six athletes and five builders, where usually they pick six athletes and one to two builders. So that upped the odds, but I was thrilled. I think there are some extraordinary people, both athletes and builders and horses in the Hall of Fame. (I’m) joining The Great One, Guy Lafleur and a whole bunch of our wonderful amateur athletes.”

Kent’s list of sports accomplishments is equally as impressive, though they didn’t take place between the lines inside a stadium. Instead they were done in boardrooms around the globe, speaking up for athletes who were often left out. After an accomplished career as a competitive swimmer and later a coach, she took a job with the Commonwealth Games Canada in 1987. By 1992 she became the first female voting delegate to attend an Annual General Assembly of the Commonwealth Games Federation, and served as president of the Commonwealth Games Canada from 1994-’98, the first female to do so. In that role, she established new initiatives to recruit and train more female leaders within the organization.

Also as president, she used her influence to push for the inclusion of athletes with a physical disability to the Commonwealth Games, helping to establish six demonstration events at the 1994 Commonwealth Games. That was a huge breakthrough towards creating the opportunities that exist today for athletes with a physical disability.

“We have a Paralympics now,” said Kent. “When I worked with Commonwealth Games, it was not easy, I had to do a lot of advocacy and struggle with Rick Hansen and others. But we got six events for athletes with a disability in the Commonwealth Games in 1994 in Victoria. That was the first time. I remember after one of the events, Jeff Adams was a miler wheelchair athlete. He did this amazing race and I’m leaving the stadium and Prince Edward and a number of people came by and they said ‘what an athlete.’ That’s what we wanted, for them to see that. Now we have a Paralympics that is now attached to the Olympics Games in summer and winter. That’s come really a long way.”

Throughout her career she was also an advocate for Indigenous athletes, who were often overlooked by the sporting world or forced to assimilate if they wanted to play.

“I got involved with the Indigenous community with Alwyn Morris, who is a Mohawk from Kahnawake,” said Kent. “He got a gold medal in the 1984 Olympics in canoeing. He was a big role model and very fine man and he became a leader in recognizing his role was very difficult as were some of the Indigenous hockey players. They had to cut their hair and things that were horrible at the time. I just became much more active at the time and used my influence where I could to broaden the inclusion of all.”

In 2008 Kent was tasked with helping to establish Generations for Peace in Amman, Jordan, which trained over 1,000 leaders from war torn countries such as Bosnia, Rwanda and Afghanistan to use sport as a vehicle to bring communities together.

“As it gets higher and higher level competitive we lose some of this, but with sports people can play together and it doesn’t matter their colour, their religion, their age, their gender, their skill level, you can play together,” said Kent. “There’s millions of examples in this country where somebody was in conflict with someone else because they were different. They played together and the power of sport brought them together and they see similarities instead of the differences.”

Kent’s work has earned her plenty of accolades throughout the years such as in 2003 and ’04 when she was named one of the Most Influential Woman in Sport by Canadian Women & Sport. In 2006 she received the Commonwealth Games Canada Award of Merit and in 2016 became the first recipient of the Order of Merit from the Commonwealth Games Federation.

Though her career has taken her all over the world, in 1999 she moved to PEC and hasn’t left.

“We live in heaven in this part of Ontario, of Canada,” said Kent. “I’m so proud to be a Canadian. I’ve been to many, many countries, 100 plus countries. We have it all. We have to be careful we don’t fritter it all away or let divisiveness amongst different people here harm the gift that we have in our country. When I was travelling, and I love Africa, almost anywhere in Africa I’d go again, but when I came home and I cross the sky bridge to come into the County, my heart would (cheer).”

Due to COVID-19, the actual October Induction Festival for the Canadian Sports Hall of Fame has been delayed until 2021.