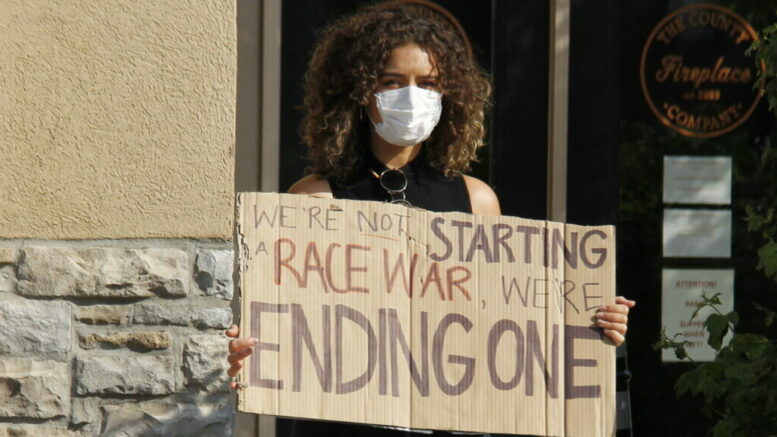 All Welcome Here helped organize a peaceful protest in the spring of 2020. Now the group wants to hear from all BIPOC residents living in Prince Edward County. (Desirée DeCoste/Gazette Staff)

It was a scene unlike any other in the history of Prince Edward County.

On Friday, Picton’s Main street was filled with over 1,000 people for a peaceful demonstration in support of Black Lives Matter (BLM).

Starting at the top of town hill to as far as the Sobey’s Plaza, the street was lined with people for nearly three hours either holding signs or standing in solidarity with those from around the globe eager to stir the winds of change and end systemic racism. 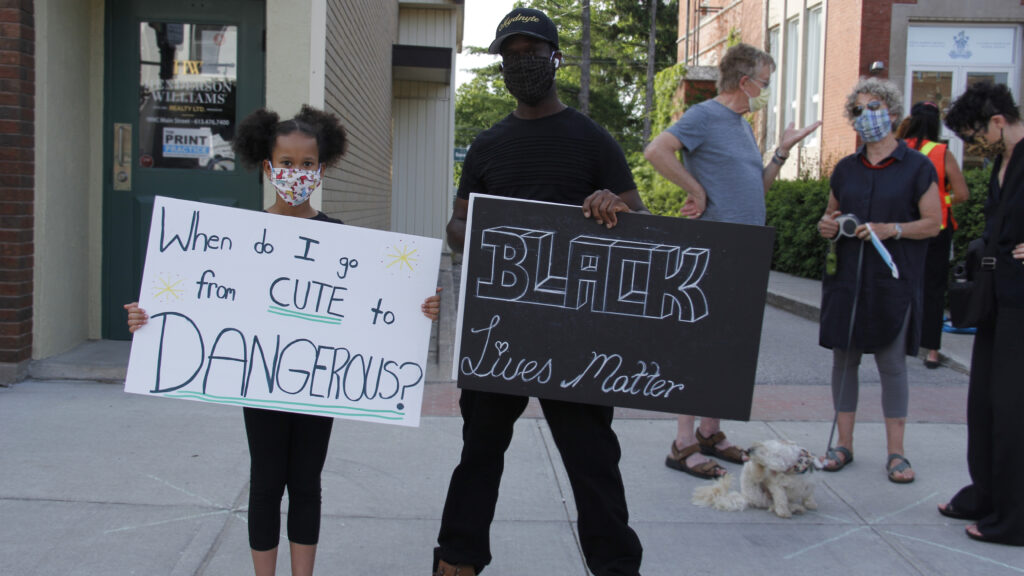 The local demonstration stemmed from the recent death of George Floyd in Minneapolis, MN while the man was being detained in police custody but recent deaths of racialized Canadians either at the hands of police or with police involvement including Chantel Moore in New Brunswick and Regis Korchinski-Paquet in Toronto were also mentioned at the protest.

Event organizer and County resident Judith Burfoot runs a non-profit organization called All Welcome Here (AWH) which was founded in 2019 and is dedicated to Black, Indigenous and People of Color/People of Color (BIPOC/POC) and also focuses on anti-racism.

“In 2019 I formed AWH, an organization dedicated to people of colour here in PEC. We’re focused on community building and ant- racism. AWH also has a private Facebook group exclusively for POC in the County,” Burfoot told the Gazette. “When events in the U.S., specifically the murder of George Floyd, and here in Canada, the alleged murder of Regis Korchinski-Paquet, I felt I had to speak up. Like so many others here, I feel silence was not an option.”

Anyone and everyone was invited to attend the BLM-approved event to support the end of systemic racism here in the County and around the world.

A majority of participants  Friday night were young people as well as families with children and bridged a number of gender, ethnic and socioeconomic standings.

Burfoot explained the timing was right for a public protest in Picton as a great number of local residents felt called to act and respond to the world-wide demonstrations calling for the end of racial discrimination and the events that led to the extinguishing of Floyd’s life.

“Because of AWH’s online presence, people- all people, were asking if we were going to hold a demonstration here,” Burfoot said. “Not a couple of people, but over and over, people were asking how to show their support and act for change. People here, again, all people, recognized it was critical this be led by Black people.  So I got the ball rolling, other black people are helping here and the offers for volunteers just keep pouring in.”

Attendees were asked to wear black, bring a sign and wear a face mask to help ensure safe COVID-19 practices. 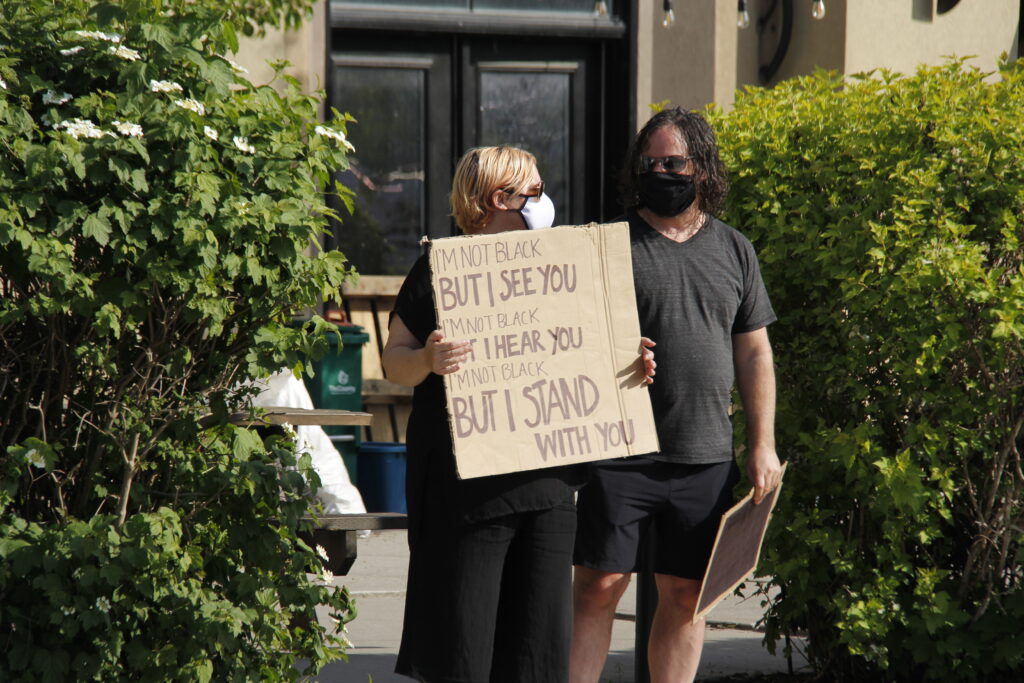 While passing motorists honked their horns in support, protestors for the most part avoided chanting or singing.

The organizer explained that while there are fewer people of colour in Prince Edward County, the issue of systemic racism is wide-spread.

“The issues for black people in the County may be less visible and there are fewer of us to speak up and be heard, but things are happening right here,” Burfoot said. “This is not a far away problem that those Americans have to deal with. We’re going to use our platform to inform people and to encourage everyone to not let this just be a case of do the march, problem solved. These are massive, systemic legacy issues that need to be addressed by everyone. I’m heartened by the virtual tsunami of support and by Prince Edward County OPP Detachment’s  readiness to engage with AWH beyond just this one event.”

While the police were asked to be present due to large numbers expected, only one vehicle and one officer was observed.

The peaceful protest was a silent demonstration, even with the constant honking of car horns disturbing the peace, it seemed fundamental and essential for the protest process.

County of Prince Edward Mayor Steve Ferguson was joined by councillors Bill Roberts, Phil St. Jean and Kate MacNaughton in attending and participating in the protest.

“Based on conversations with some people in my life this month, I realize it’s only now becoming clear to them how much harder people of colour have to work to be heard and taken seriously and apparently they still need video evidence,” said MacNaughton, Councillor for Picton ward. “If it weren’t for video evidence of George Floyd’s murder, we wouldn’t be having this conversation now. Meanwhile, my 11 year old already knows it in her bones the deep need to see fairness.”

One hour after the official start, the most influential moment of the demonstration occurred as people began laying on the ground. Participants were asked to lay still for eight minutes which is the approximate length of time Minneapolis Police Officer and alleged murderer Derek Chauvin knelt on George Floyd’s neck and killed him.

Most people took to the sidewalks to lay down with a few resting at the road’s edge while others on the edge of the curb. Some people laid face up with others face down.

“This was always going to be a time of rapid change because of COVID-19,” Councillor MacNaughton said. “To see so, so many people taking to the streets to say black lives matter, to see so many even in our small, very white corner of the world, is a hopeful sign this change will be a move toward social justice for everyone. I hope we won’t accept any less this time.” Burfoot asked for people to do three things: support black people directly, educate yourself and never be silent again.