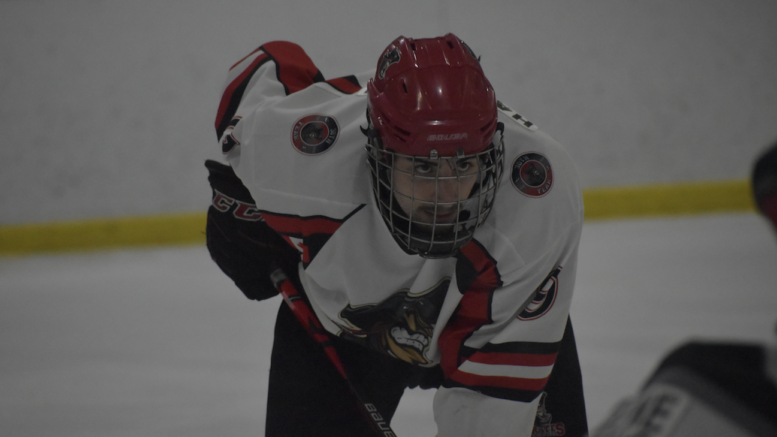 The COVID-19 pandemic squashed the Schmalz Cup dreams of the Picton Pirates in 2020 and then hung around to negate the opportunity to formally toast the clubs uncanny and magical 2019-20 Provincial Junior Hockey campaign.

Picton got off to an incredibly slow start last fall and found themselves eight points out of a playoff spot on Thursday, Nov. 28 heading into a contest with the visiting Campbellford Rebels.

A 16-1 drubbing of the Rebs was a reflection of things to come for Picton as the Pirates went on an incredible run, going 20-3 over the final three months of the season and finishing the year as the PJHL’s hottest club heading into the playoffs.

And while some might point out that Picton was facing an 0-2 hole in the Tod Division finals against Napanee when Hockey Canada pulled the plug, those same people should take note of the way Picton was able to beat the Raiders twice in head-to-head competition including once at the Strathcona Paper Centre.

This incredible rise to second place in the Division and other highlights from the 2019-20 campaign would have been great fodder for discussion at the club’s annual awards banquet where players, staff and the dedicated volunteers typically join to enjoy one last gathering and celebrate the town’s junior hockey entity.

In the new coronavirus reality, the club took to social media this weekend to announce who would be getting hardware via Canada Post in the coming weeks. 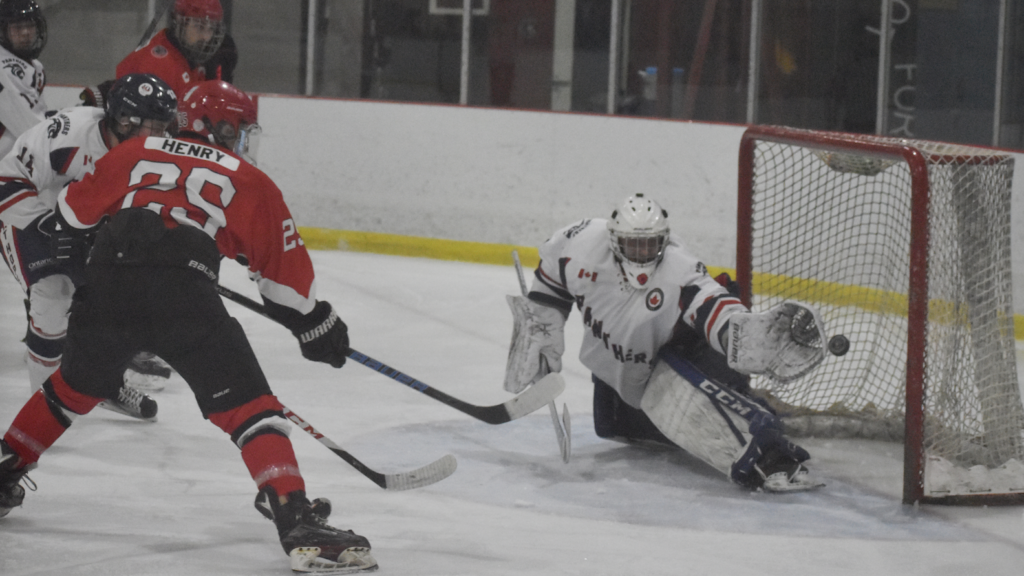 “Obviously it would have been great for the organization to gather one last time and celebrate this team because we really did go on quite a run and do something pretty special,” Picton head coach Ty Green told the Gazette. “It’s unfortunate we have to do things a little differently this year but it’s critical we recognize the individual efforts of the players.”

To no one’s surprise, those lurking at the top of the Picton PJHL points parade were tabbed with major awards.

Team Capitan Will Harrison who took over the organization’s lead for number of regular season games played at the end of the 2019-20 campaign, was selected as Lionel Hicks Memorial MVP as well as the Bill Strachan Memorial Award winner as the club’s most sportsmanlike player.

In his final season of junior hockey, the Picton native was a wizard with his stick, finishing with 20 goals and 39 helpers for 59 points and kept his low penality minute streak in tact.

Overall, Harrison picked up just four minors this season and only tabulated 50 PIMs in 229 career PJHL games. “Harry” will go down as one of the most skilled, hard working and disciplined players to ever don a Pirates jersey. Full stop.

“Right from his first game in a Pirates uniform to the end, it’s been amazing to watch him grow and develop into one of the best and hardest working players in the entire league,” Green said. “He’s not someone that’s going to be easily replaced when we break training camp next season and we just thank him for everything he’s contributed to our organization both on and off the ice.”

Harrison was edged in the points race by rookie Khaden Henry who was the academic leader for the Bobby Hull Award for top points and almost as academic for the Walter E. Norton Memorial Award as Rookie of the Year.

Henry led the club in goals, lighting the lamp a Tod Division-leading 37 times while adding 23 helpers for 60 points.

An observer would be hard pressed to find a more shiftier performer in the heavy going of the PJHL in 2019-20. “It was tough to see (former captain) Devin Morrison get traded and we weren’t sure what we might be getting back in Khaden but the way he stepped up and found his game, playing against men in the PJHL was an incredible success story,”Green said. “His ability to change gears and make something out of nothing was a real treat to watch.”

Netminder Kyle Renaud was selected as the BJ Munro Memorial Award winner as playoff MVP and while the stats will show Picton was partway through the second round of the PJHL playoffs when their season was ended, the club was involved in a great number of high leverage games down the back stretch of the regular season thanks to the aforementioned slow start. 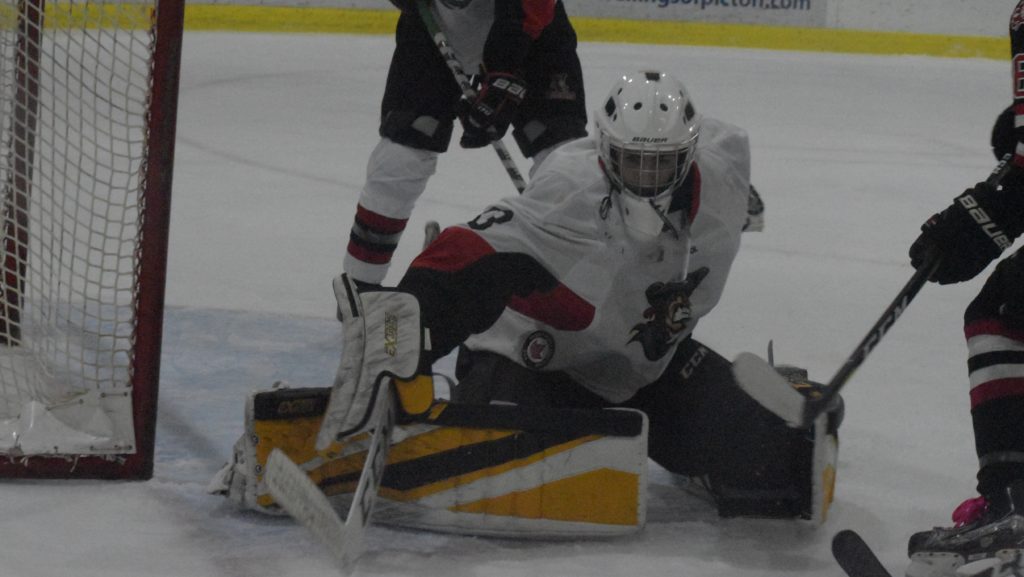 As he did last season, Renaud arrived in Picton partway through the year and provided outstanding goaltending and leadership, helping vault his team to new heights.

“He was a huge piece that we added in the season and we thought he was at his best going into the playoffs when you looked at his body of work but even in the playoffs, he found another gear. If we weren’t ready to start on time, he was there and always gave us a chance to get our legs under us and win a hockey game,” Green added.

On the back end, veteran Nick Kyte and rookie Jacob Dietz shared the Bill Ogden Memorial Defenceman of the Year award.

“Our whole D group was outstanding. Kyte had that veteran presence and the two were partners and really played to each other’s strength. Dietz fit right in and took a lot of top line minutes and played against the Tod’s best,” Green said.

Netminder Eric Tessier was also outstanding in his time in the Picton crease and went 12-2 from mid-November onward. “His development was incredible on the ice and he’s great in the dressing room. He’s a great young man who has a lot going for him,” Green said of the Tom O’Halloran Memorial Award winner for top goalie.

In other Pirates award: •Veteran Griffen Conger made the transition from wing to centre after a lack of pivots hit Picton in the early part of the season and his two-way play helped him earn the Matt Stever Memorial Award for best defensive forward. Green was highly complimentry to the way Conger rose to the challenge of moving to centre ice at this stage of his PJHL career

•Forwards Garrison Moore and Nate Brant split the Wayne Lindsay Memorial Award for most improved.  Green said Moore’s ability to become a steady performer on the penalty kill helped his entire overall game and that Brant was a highly coachable individual that knows his role on the club and performed admirably

•Veteran blue liner and County native Kurtis Wood won the Ivan Stringer Memorial Award for commitment and dedication to the organization. Green made mention of the herculean efforts of Wood in a game against the Amherstview Jets in Picton Jan. 23. Pirates fans would recall that four point game being tied 3-3 late and Wood on the bench after absorbing a heavy hit.

The County native would shake off the pain and wound up finishing a nice passing play the blueliner started, cruising to the high slot and snapping home the game winning tally with under two minutes to play.

“That’s the kind of player you need to win high leverage games and critical situations and that’s the kind of person Woody is. He is so dedicated to the organization and the club is better for having him involved and performing at such a high level,” the coach added.