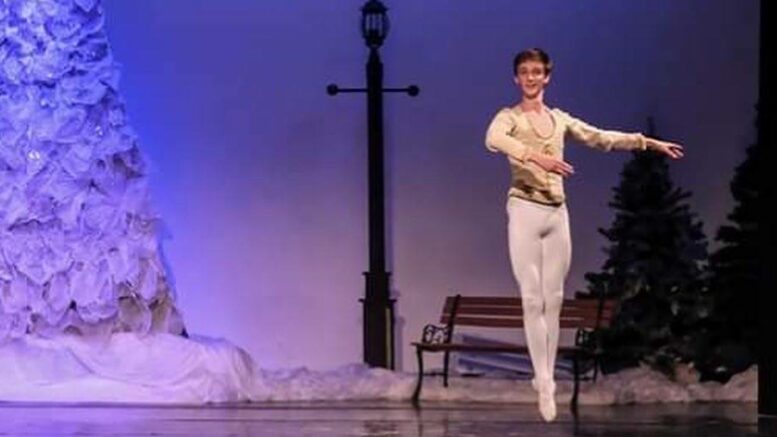 ON POINT - Cameron Galway has considerable stage experience after attending both the County School of Dance and the Quinte Ballet School of Canada. (Submitted photo/ Martin Labbe Photography)

Goals are not so hard to achieve when passion is involved. Such is the case for young County local Cameron Galway. After studying ballet for over 10 years, Galway’s long hours of practice and perseverance will see him continuing his studies at the Alberta Ballet School this September.

“It’s awesome,” said Galway’s proud mother, Colleen. “All of Cameron’s friends who he went to school with have been accepted to post-secondary schools for the fall and we hadn’t had that until recently, so having him get accepted to the Alberta Ballet School really does feel awesome.”

“It’s the culmination of twelve years or so of hard work,” she added.

As many students flock to far-flung corners of the country, Galway’s mother noted she is happy he’s at least staying in the country and not setting sail for Europe, an option her son had also considered.

The Alberta Ballet Program is a post-graduate, two-year program that Galway describes as a good school for enabling dancers to keep dancing even after graduation.

When asked what brought him to ballet, Galway explained it was mostly a case of being in the right place at the right time as well as having support to pursue his passion.

“It’s a strange story, but when I lived in Toronto with my family, my sister always did dance. It was something I’d been exposed to and then, when we made the move down here, it became an option with the County School of Dance” he explained.

As Colleen Galway explained, her son was often dragged along when her daughter went to dance classes. Finally, she recalls, he said ‘Mom, do boys do this?” 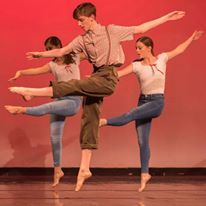 Owner of County School of Dance, Brenda Moran, said she would “love” to have a boy take part in dance school.

“We talked to Brenda Moran, who is the owner of the school and she said she’d love to have a boy come and join,” said Colleen. “He started with Irish dancing and she said if he takes Irish, he has to take ballet and he actually fell in love with ballet. Of all the types of dance he took, ballet was by far his favourite.”

Galway commented that it was mostly the type of movement that drew him to ballet.

“I really enjoy the movement,” he said. “Especially with male dancing, there’s a lot of jumping and turning and taking up a lot of space. I always found that really fun.”

“With County School of Dance, every year they did a Nutcracker performance at Christmas and then they did a showcase performance every June. As well, they do two dance competitions per year,” noted Galway. “Then, since I moved to Quinte Ballet School four years ago, I’ve been doing two performances per year.”

Not forgetting the elephant in the room, Galway noted he did have to overcome some teasing in middle school.

“It’s not really normal-which is a weird word to use-in this area for a male to wear tights and jump around,” quipped Galway. “It did lead to a bit of teasing, but I don’t hold that against people and I haven’t let that hold me back either.

When asked how he overcame the teasing, Galway points to a mentor figure who helped him build confidence.

“There are a lot of critics in this world. But, I had Mr. Clarke, my grade six teacher. He is an excellent man and an excellent teacher who really pulled through and supported me, which was great having someone who wasn’t my family saying, ‘I support you and this is amazing what you’re doing’.”

Beyond Alberta, Galway has aspirations for joining a ballet company and turning his passion for ballet into a career.

“I’m hoping to join a company somewhere and make this a job,” said Galway. “Having a passion of mine turn into something like this already is pretty crazy. I think the next step would definitely be a company and doing roles and shows that people pay to see.