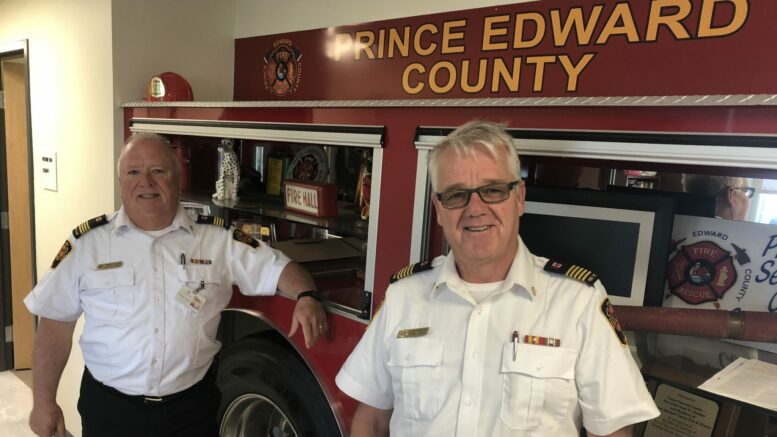 Prince Edward County is getting a new fire chief.

Current Chief of the Prince Edward County Fire and Rescue department Scott Manlow confirmed to the Gazette he will be retiring from his current post at the County’s top firefighter effective June 30.

Deputy Chief Robert Rutter has been tabbed as Manlow’s replacement.

Manlow has been with the fire department for over three decades and admitted that in discussions with his family he had been contemplating retirement for a few months.

“There were a couple of projects that I wanted to see completed but there comes a time in life where you say to yourself ‘It’s time to step aside’ and concentrate,” Manlow told the Gazette Tuesday morning.

Manlow started as a volunteer with the department in 1988 as a volunteer and then transitioned to a full time firefighter before replacing retiring Chief George Pettingill in 2006. 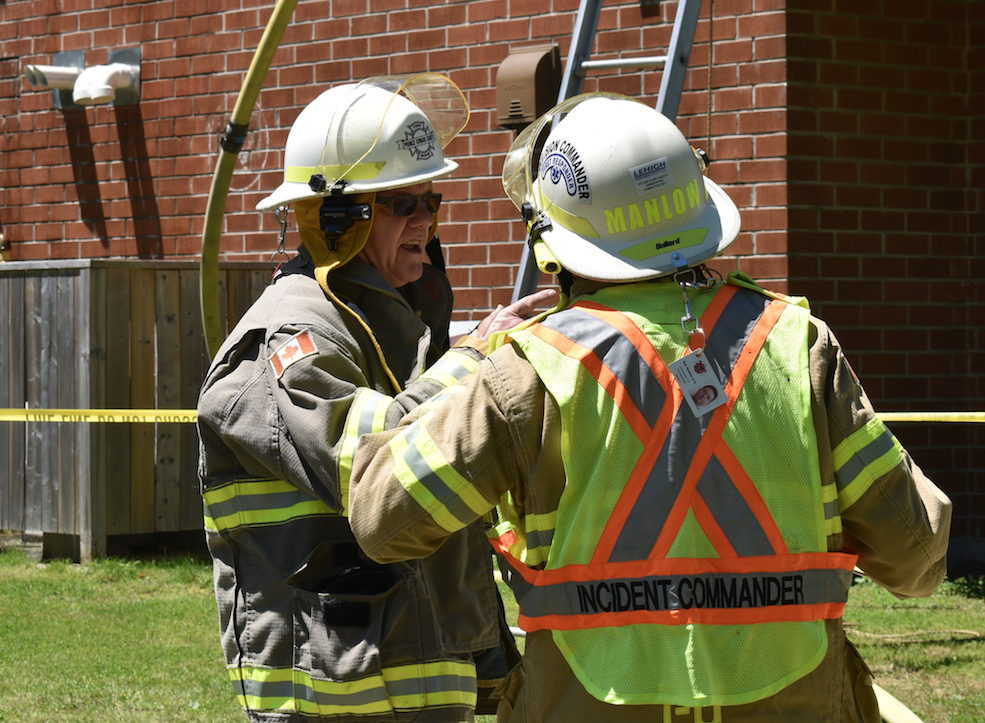 The outgoing Chief said there’s been plenty of changes in firefighting during his tenure and many of those technology-based.

“Firefighting equipment has come a long way. The new gear ensures firefighters are better protected and health and safety has always been my number one goal. We always said ‘We never cause an emergency’ and we want to always make sure everyone can go home after we have responded to the call,” Manlow said.

Manlow said he’s been fortunate to have been surrounded by mentors and has enjoyed good relationships with supportive staff as well as members of Prince Edward County Council.

The chief points to a great complement of 150 plus firefighters who all bring different assets and skills to any situation.

“I still love my job, I look forward to everyday, coming in, seeing the members of the team and whether it’s the excitement of a busy day or the just the day-to-day routines, I love every part of it,”

While the dedication of the volunteers and professional staff have endured and created a great legacy  to the craft of firefighting, the task of combating blazes and conducting rescue operations have changed dramatically over the last three decades as has the equipment that’s utilized.

With Manlow at the helm, Prince Edward County Fire and Rescue has seen its operations modernize and adapt to the ever-rising provincial and federal safety standards and mandates.

“As we’ve progressed through the years, we’ve changed the mindset you had to have hand-me-downs, you had to have fundraisers and source donated equipment for the department,” Manlow said. “Coming out of amalgamation in 1998, George had a plan and moved it forward then I came in and moved the plan forward and next it will be up to Robert and his team to determine the path forward but we’ve always believed that good training and good equipment are the best tools a firefighter can have.”

In a statement to the Gazette, County of Prince Edward Mayor Steve Ferguson congratulated Manlow on his retirement and welcomed incoming Chief Rutter to the head of the  County’s Fire and Rescue table.

“I want to thank Fire Chief Scott Manlow for his many contributions to the municipality. Over the years, Chief Manlow has demonstrated outstanding character and integrity, and a commitment to helping others. He will be greatly missed,” Ferguson said. “While it will be hard to say goodbye to Chief Manlow on July 1, we are pleased to welcome a familiar face to the role of fire chief. During his 36-year career with the local fire service, Robert Rutter has shown a willingness to learn, grow, and develop. He understands the current challenges and opportunities given his years of experience in our community.”