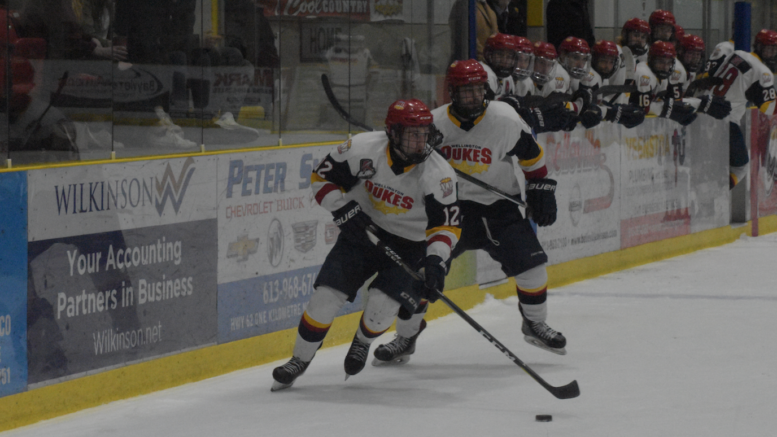 Given the ordinary run of things, Daniel Panetta would be doing some light off season training and preparing to follow his older brother Jacob’s footsteps-parlaying three seasons with the Wellington Dukes into a four year NCAA career with the Colgate Raiders.

But these aren’t ordinary days for anything and that especially rings true for hockey at all levels.

Late last week, the Dukes announced they were trading the Belleville-born Panetta to the Salmon Arm Silverbacks of the British Columbia Hockey League in exchange for hulking defenceman Zach Grubach and a player development fee.

In 159 Ontario Junior Hockey League regular season games over the last three campaigns, Panetta tallied 34 goals and added 52 helpers for 86 points while developing into one of the best penalty killers in the circuit.

But consultation with and on the advice of NCAA program he committed to back in 2017, Panetta chose to delay his entrance to Colgate until 2021 and a trade to the BCHL was decided as the best course of action for all parties involved.

“We have nothing but admiration and respect for the Panetta family and their involvement with the organization over the last six or seven years,” Wellington Dukes General Manager Todd Reid told the Gazette. “Dan has been everything for this organization and we had chats with him, the family and Colgate and, at the end of the day you want to do the best thing for the organization but they felt like they needed a new opportunity and in our internal discussions with ownership, we felt like Dan had earned that opportunity.”

The loss of a deep playoff run might have also had something to do with putting Panetta off NCAA competition for a year.

“I just know that if we were able to make a long run, Dan would have been a huge part of that and Colgate would have been impressed and thought ‘We need this player in our lineup next season’. The same thing happened with Elijah Gonsalves and RIT. They were going to put him off a year and then the 2019 playoffs came around they changed their minds pretty quickly,” Reid added.

At 6’5”, 200 lbs, the 19-year-old blueliner will be difficult to miss when patrolling the back end at Lehigh Arena. 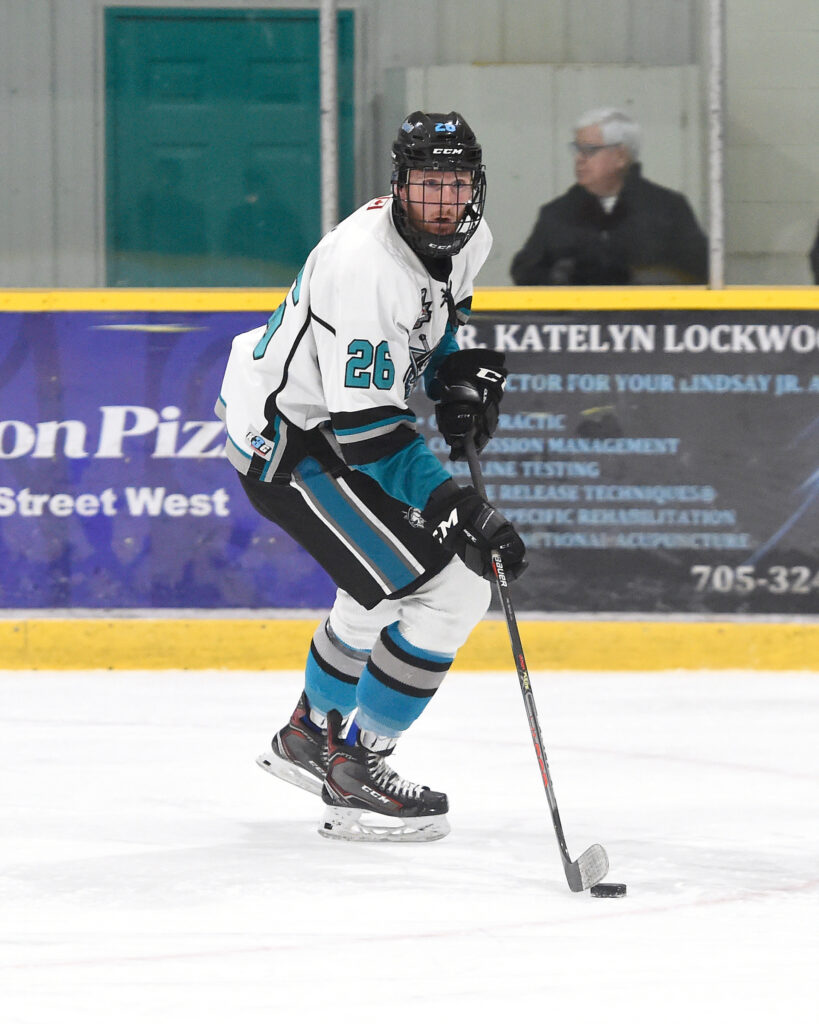 Another big body added on the back end for Wellington is 19-year-old Ottawa native Ben Hamilton who started the season in Salmon Arm and then was traded to the vaunted Notre Dame Hounds program of the Saskatchewan Junior Hockey League.

Hamilton had three goals and half a dozen assists in 27 SJHL games last year.

“He was a guy that we had watched in the BCHL and identified. He’s from Ottawa and he wanted to get closer to home and he’s got the size and strength we are after. We look at him as a little bit a late bloomer and we are excited about the kind of hockey player he’s developing into. We think there’s some Division 1 potential there,” Reid said.

The Dukes have been busy on the trade front and also on the recruitment end of things.

Prior to the Panetta deal, the club announced it had secured Bryce Caruk, 19, from the Lindsay Muskies.

Prior to landing with the Fish, Caruk split time with the Whitby Fury and the Owen Sound Attack of the Ontario Hockey League.

At 6’4” and with Major Junior experience, the Courtice, ON native is another massive addition to the Wellington lineup in more ways than one.

“We had looked at bringing him in for a while,” Reid told the Gazette. “Lindsay has a young team coming on and they wanted to make sure they get the ice time to those players and we were able to get a deal done for a player development fee. He came from Major Junior and that’s tough but he’s really excited to be a Duke and to be able to add that type of two way ability and that size and strength is really great for us.”

On the recruitment end of things,  the Dukes have managed to land a pair of Quinte AAA grads that were drafted in the third round of the 2020 OHL entry draft.

Belleville native Cooper Matthews was second in scoring with the Red Devils Minor Midget squad with 27 goals and 29 assists in 36 Eastern Triple A games for Quinte last season and Reid praised the right winger’s ability to read situations.

“He has that really extensive hockey IQ we look for with tremendous offensive ability. He really worked on his play in his own end this season and I think the backbone of the Wellington Dukes has been outstanding local talent we’ve been able to develop. The Panettas down to players like Jacob Vreugdenhil, Barret Joynt, Zach Uens, Ben Rogers, these are all local guys that hove come to Wellington and made or are making their mark,” Reid said.

A defenceman, Brown had eight goals and 16 assists for 24 points in 36 games last year for Quinte.

”We are very excited to have them, there’s interest from the OHL but there’s also extensive interest from NCAA Division 1 and players like that can probably sign an offer to a US College as soon as they’re eligible to, there’s that type of demand so our job is to let them develop and put them in good situations so they can succeed,” the GM stated.

In terms of the overall make up of the club this season, Reid said the lineup has openings in it and expects the competition to be fierce when training camp opens up.

“Last year we had a team that was built to go for it all right away and this year we feel like there more opportunity for guys to come in and take spots. We still have top end guys James White, Ben Woodhouse and Evan Miller up front but the message we want to get out is there’s lots of opportunity to step in and contribute right away to one of the OJHL’s flagship organizations,” Reid added.