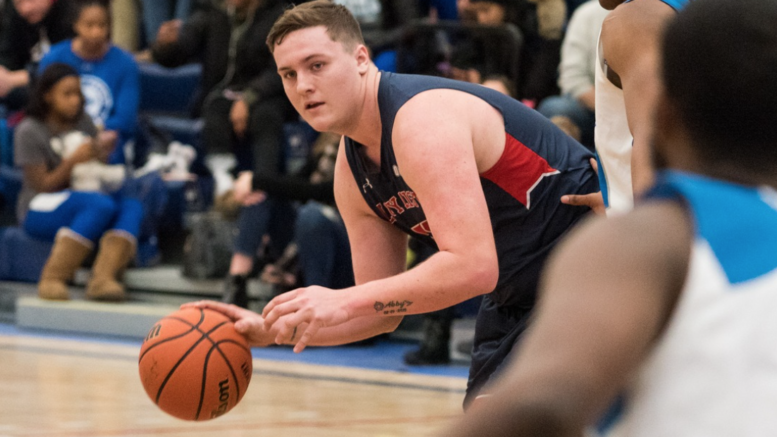 Loyalist Lancer and Picton native Brodie Byford won the Coach's Award and was an OCAA Academic All-Canadian by way of maintaining higher than an 80 per cent average in this first year of the Community and Justice program. (Matthew Syriac Elias/Loyalist Lancers photo)

A Picton resident and PECI alum who was a big part of a tremendous turnaround season for the Loyalist College Lancers men’s basketball program has picked up two awards for his efforts.

Freshman centre Brodie Byford was named as a Coach’s Award winner for his dedication and strong work ethic in his first year of Ontario Colleges Athletic Association.

Byford was also named as an OCAA All Academic Canadian and was one of just nine Loyalist College student athletes to finish the season with a grade average over 90 per cent.

Appearing in all 20 Lancer regular season games and starting six, Byford averaged just under 12 minutes per game, scoring 3.8 points per game and adding 4.3 rebounds per game.

Thanks in part to the 6’8” 18-year-old’s efforts, the Lancers went 15-5 in the 2019-20 OCAA campaign and wound up placing third in the East division, the club’s best regular season season showing since coming to Division I.

Lancers Head Coach Patrick Kabeya said Byford brought his smarts from the class room to the court and found a place in the Loyalist lineup where the Pictonian could make a positive impact.

“The first thing to know about Brodie is that he’s a brilliant kid in the class room and that translates on the basketball court very well. He’s very much able to find out areas for him to thrive in. His role is very simple but he takes a lot of pride in being the best big man that he can be. He’s a very good help defender, he’s a very good communicator. Because he turned 18 this season, it’s strange to say but he’s also the youngest guy by far on our team and he’s also the strongest guy on our team,” Kabeya told the Gazette Monday. 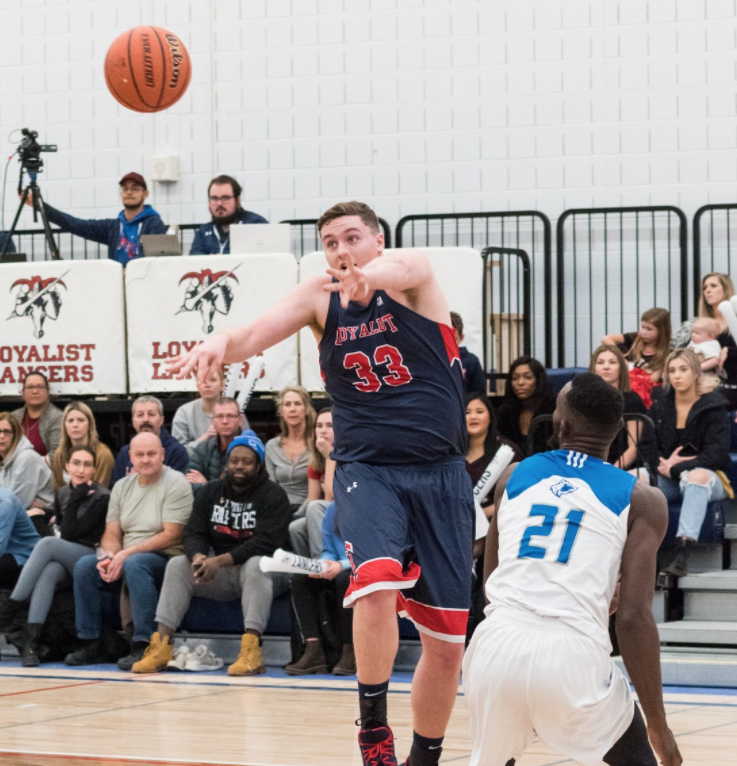 While Byford worked out with the Lancers all summer and through the fall in preparation for the 2019-20 season, he said it didn’t take him long to realize he was playing something over and above Bay of Quinte or Ontario Basketball Association level hoops when the games started for real.

“I think it was the third play I ran in my very first game, I completed a lob (alley oop) play to one of my teammates and I had never seen that in high school so that was a bit of eye opener for sure,” Byford said with a laugh. “I can remember thinking ‘You are  in a whole different league now’.”

Byford said the biggest difference between Secondary and OCAA programs other than the speed was that at the Ontario college level, players “eat, sleep and breathe basketball.”

“Guys wake up early, get to the gym, get together between classes, watch film before and after practice. There’s a higher level of dedication for sure,” Byford explained.

Coach Kabeya praised Byford’s development thorough the season and likes what the centre will bring to the Lancer program when the 2020-21 season tips off.

“The finishing around the basket improved and his touch is actually better than you might think for some one his size. Experience playing really helped with that,” Kabeya said. “Being out there on the floor was very valuable for us, knowing that he was going to be a returning player in 2020-21. By him figuring out what his niche is, that was very big for the program’s future. This coming year, his minutes would likely double from last year.”

While there’s hope that the OCAA basketball program could return to the courts in January next season with a condensed schedule, Byford’s status is a little cloudy due to a fractured ankle suffered in Loyalist’s last regular season game in late February.

Byford was forced to sit and watch from the sidelines at the first ever OCAA Division I basketball playoff game hosted at the college and saw the upstart sixth seeded Sheridan College Bruins down the Lancers in a one game elimination.

Byford split the Coach’s Award with third year player Akim Rout. The pair subbed in and out for one another and while the pivots may have shared a position, they definitely brought different skill sets to the club.

“They are very different  players. Akim is a lot more mobile and a better overall athlete but Brodie is so much stronger and rebounded really well. When it came to starting starting pick-and-rolls, because he’s such a broad body, Brodie is really able to get our guards really good and open looks. A lot of times when our guard would get wide open and score, a lot of people might credit them but in reality, the play was made when Brodie set it up.It was very easy to trust him down the stretch and I think we are in a very good place going into the next season,” Kabeya said.

While Byford’s role was developing game-by-game and he was still in a platoon type situation, Kabeya admitted his injury was devastating to the team.

“When he went down, we all said “Oh my gosh” this is not good. He embraced his role and we knew what to expect from him. To rely on someone else all of a sudden in a new role, that was tough for us and everyone on the team, staff and players included would agree that we missed Brodie in that playoff game,” Kabeya said.

While the future might not be crystal clear for Byford, he is respectful and thankful of the his past experiences and credited the patriarch of the modern PECI Panthers and County Clippers programs for his and his fellow local basketballers who have gone on to greater heights at the post-secondary level.

“I wouldn’t be where I am today without coach Rob Garden,” Byford said. “He was basically my coach since Grade 8 and a lot of basketball players in Prince Edward County will agree with me when I say he set the bar really high for players coming out of the County. A lot of the success players have had at this level are because of him.”