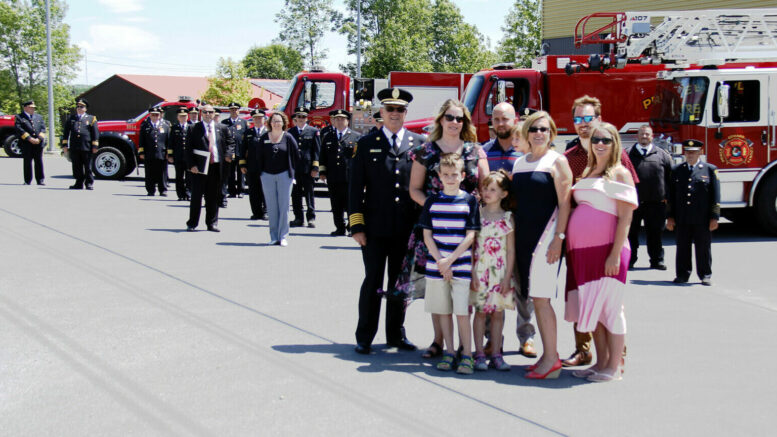 HIS FINAL RIDE Former Fire Chief Scott Manlow stood with his family while his firefighter family, many different chiefs from other municipalities as far away as Ottawa, Mayor Steve Ferguson and CAO Marcia Wallace look on. (Desirée Decoste/Gazette staff)

Members of Prince Edward County Fire and Rescue, fire chiefs from near and far, family members and more came to surprise, congratulate and send off former Picton fire chief Scott Manlow into retirement on Friday morning at Station One.

Manlow and the rest of the PEC Fire and Rescue team were told to arrive at work in their uniforms as the fire fighters wanted an official retirement photo on the outgoing Chief’s final day in honour of his 32 years of service at the detachment. Little did Manlow know a surprise parade led by Piper Major Josh MaFarlane was just coming around the corner.

“I was told I was dressing up for a photo and I believed our firefighters that this is what they wanted,” Manlow expressed. “I guess they didn’t quite lie to me but it was a good thing I could compose myself because it means a lot, and still does, especially led by my family. Seeing the parade come down the road I had no idea. As much as all the gossip in a firehall, they kept this quiet.”

After the parade a number of presentations by different chiefs and by the County firefighters including a certificate presented by Mayor Steve Ferguson from The County as well as from Bay of Quinte MP Neil Ellis and was followed by a short socially-distanced gathering with doughnuts and water inside the firehall.

Manlow reflected on his time and tenure with the local fire service.

Once the crowd dispersed, former Chief Manlow drove the department’s aerial truck for a final run to his home in Picton with new Fire Chief Robert Rutter joining him in the passenger seat. During the trip calls were broadcasted from throughout the County from other fire halls sending Manlow off with their best wishes and the best in his retirement. 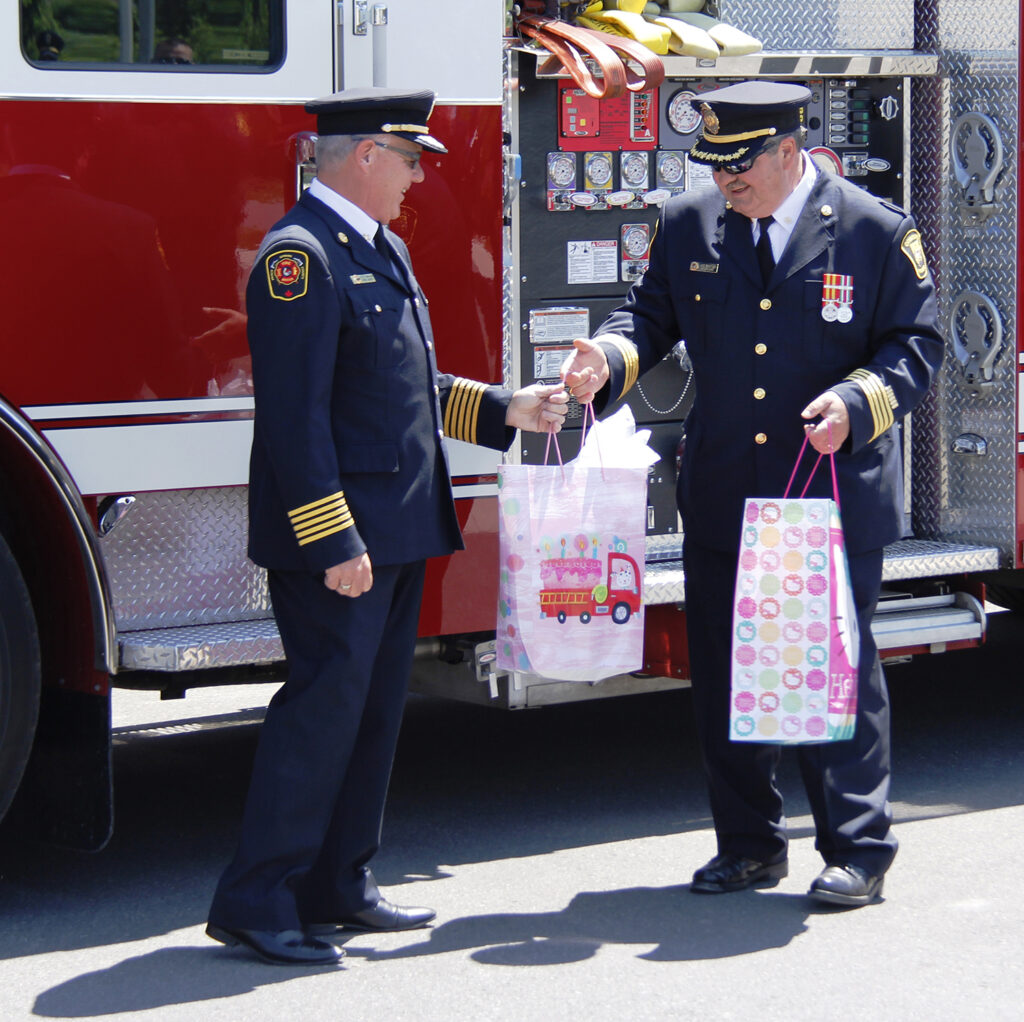