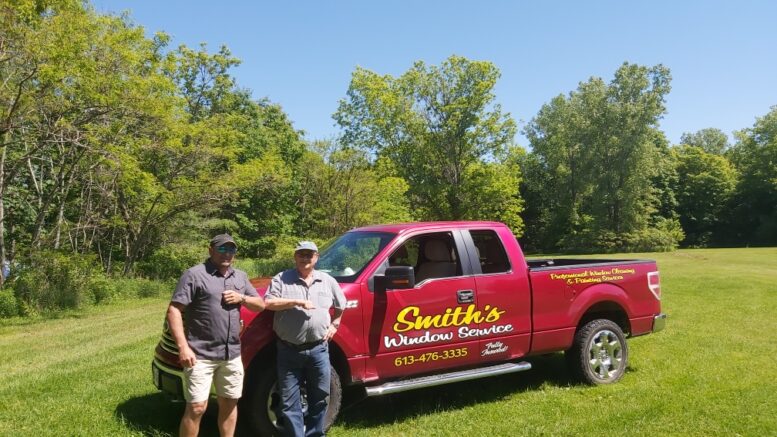 With many businesses having come and gone over the years, it’s rare to see one last as long as Smith’s Window Service. After 75 years serving the County, this family run business has been one of the longest running in the area.

Steve Smith, current Owner and Operator of Smith’s Window Service, took a few moments to speak with the Gazette about how his family’s business has evolved and how they’ve managed to weather the changing times.

As Smith explained, his Grandfather began the business back in 1945.

“The business began in 1945 when my Grandfather, Bob Smith-who was working for Bell Canada-decided to take on contracts with Bell. I believe it was telephone booth maintenance, such as painting and cleaning. Many locals may remember my Grandfather opening the High Spot, a small store/restaurant across from the high school in Picton,” Smith mentioned. “When my Grandfather’s health began to deteriorate my Father, Wayne Smith, stepped in to run the business.”

Smith added he’d been “handed the reigns” as early as his twenties. Each generation has, of course, brought their own flare to the business.

Having been in the business for 25 years, he added it still amazes him that there are customer’s who he, his Father and Grandfather have all served.

“It’s facts like this that make me so proud. 75 years, always family owned and operated here in Prince Edward County,” stated Smith.

“When my Father ran the business, he preferred the painting end of our services more than window cleaning,” explained Smith. “ I prefer doing windows where I can sometimes meet with customers, but still offer paining services, mainly exterior work in mid-summer months as it can be too hot for cleaning windows.

“Interior paint jobs are also a much needed service as window cleaning slows dramatically in the winter months,” he added.

Apart from customers, the business has also had a working relationship with several employees throughout the years.

“Over the years, both my Father and I have had the privilege of working with several employees. We do a lot of work at the heights and the quality of our service is everything,” expressed Smith.“It’s our team and loyal customers that have been key to the seasonal start up each year.”

Despite the global health crisis, life goes on, with businesses such as Smith’s celebrating nearly eight decades of operation.

“What a time to celebrate, during a global pandemic,” quipped Smith. “ I’m sure my Grandfather would have had a hard time wrapping his head around this one. Fortunately, for me, my season doesn’t normally commence until early May, so other than being held back a few weeks, we weren’t hugely affected by quarantine or distancing.”

When asked what he hopes for the future, Smith replied that it’s the simple things he looks forward to, such as his camaraderie with customers and being able to carry on with a family legacy.

“Going forward, I hope to continue offering the same services to all of my much appreciated customers, both new and old. I’ve often debated taking on more employees and possibly starting another crew but for now I want to work hands on with staff and ‘shoot the breeze’ with my customer’s,” stated Smith. “ I guess that’s what I love most about my job-the feeling of completing a job well done and sharing a few good stories or debating local gossip with my customers.”