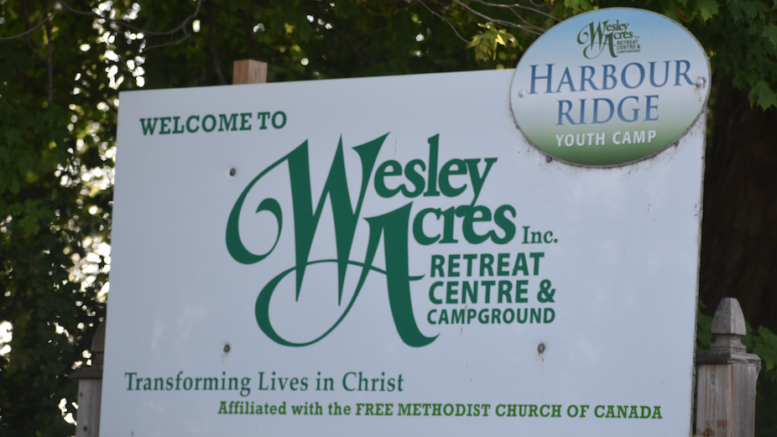 Throughout Prince Edward County, residents have been fighting with slow internet connections or no internet at all for as long as internet has been around.

Here, trying to win the battle of slow connection speeds one area at a time is Tri-Canadian Energy (TCE) Communications, a burgeoning company in Picton.

Steve Van Dusen, President and CEO of TCE  has been a trailblazer and innovator for alternative energy for over 15 years. He and his team decided a short while ago to donate two net metering systems to organizations within Prince Edward County.

Wesley Acres was the first recipient of one of TCE’s donated Net Metering systems and that agreement was parlayed into high speed internet towers and transmission systems that will run off solar energy generated at the site.

This was great news for users in the that area of West Lake that desperately needed high speed internet for commercial and professional usage but were caught in an underserviced void-a common issue in Prince Edward County.

Together,  TCE  and Wesley Acres aligned on a goal to help local residents By placing a tower at Wesley Acres, they’re able to provide unprecedented internet speeds to residents of the West Lake area of PEC.

“Their location meant  we could really serve the county,” said Van Dusen. “Particularly in this period of social isolation, there is an increased demand for internet services not just for those who are working and studying from home in order to social distance but also to provide improved service to front line workers who are putting their own lives at risk.”

“And every watt we use in transmission of our high speed internet service is generated through solar energy. We are one of a very  few  companies in North America that can make this claim,” he added.

And while TCE is one of the only solar powered hybrid internet providers in North America that offer internet at very competitive rates, unlike their competitors they do so with guaranteed speeds.

In terms of the energy generation, Net Metering is the act of supplying electricity generated by renewable resources into the electrical grid, allowing you to earn credits toward your energy bill.

Once you’re connected to the distribution system, your local distribution company will continue to read your meter just as they do now and then subtract the value of electricity you supply to the grid from the value of what you take from the grid. What you’ll see on your bill is the “net” difference between these two amounts. If you supply more power than what you take from the grid over the billing cycle, you’ll receive a credit toward future energy bills. The credit can be carried forward for up to 12 months.

“You know what’s really cool?” Van Dusen expressed. “And a lot of people really don’t get it but that 10 kilowatt Net Metering system at Wesley Acres is worth its weight in gold and will save them $180,000 over 20 years. It’s just a cool gig.”

TCE chose to work with Wesley Acres because the organization aligns with the  energy and communication concern’s core values.

“This is a win for the (TCE) family,” stated Van Dusen. “As we get to build history as the world’s first solar-powered internet provider.”

For more information and to check your internet service eligibility with TCE please visit www.tcecommunications.com