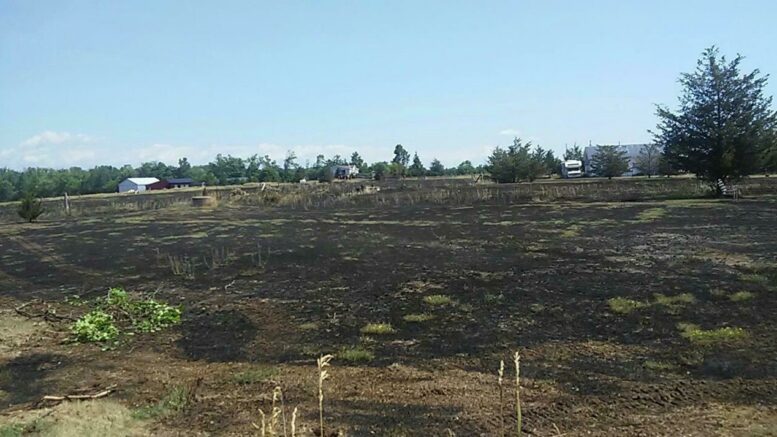 THE AFTERMATH- The scene after a large and quickly spreading grass fire on Christian Road was extinguished. (Submitted Photo)

Quick action by a Christian Road man armed with a skid steer made for a safe resolution to a rapidly spreading grass fire on Saturday morning. 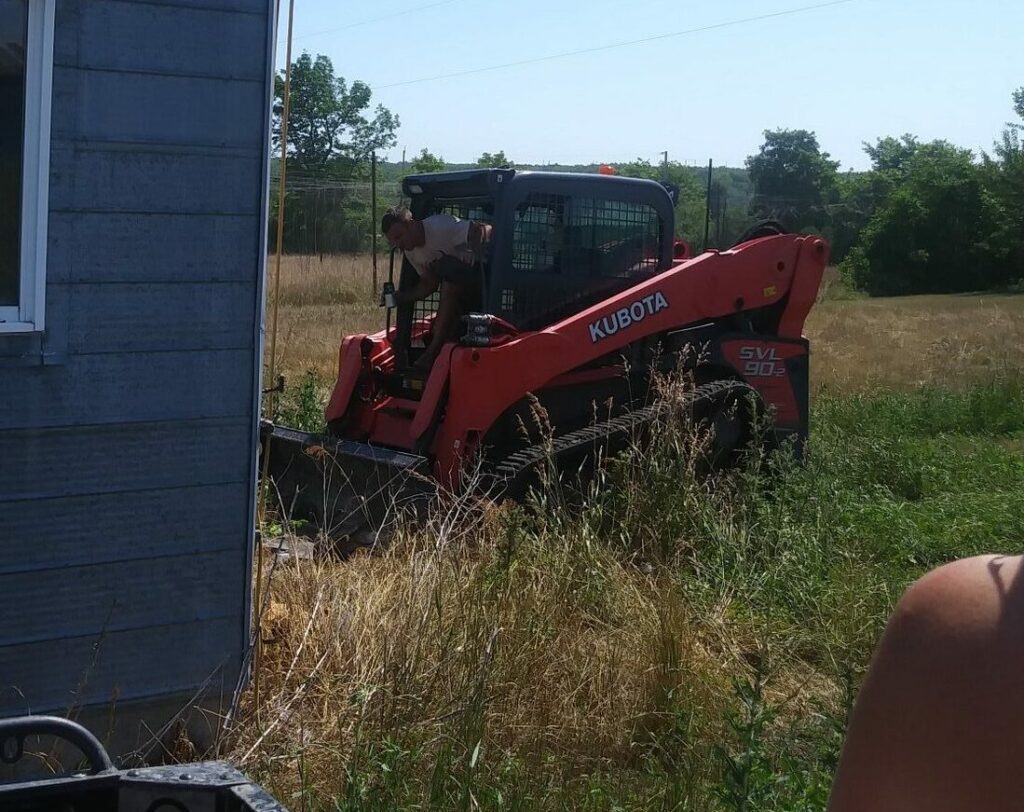 “We were able to get things knocked down quite quickly. The grass fire truck was on hand and the firefighters did an amazing job going around the perimeter. It’s an amazing tool that’s made to go across rough terrain and fields and access the leading edges of a fire like that,” Rutter said.

Prior to firefighting members arriving on scene, a witness told the Gazette that local man Rod Hadath used his Kubota skid steer to push earth onto the spreading fire and managed to keep the flames away from several structures.

However, in one instance where the fire was spreading underneath the adjoining deck of a home on Christian Road, Hadath quickly knocked down the outdoor wooden platform.

“He likely saved the house,” the witness said.

“It’s a community thing and you always want to help your neighbour and in a case like this, he was able to,” Rutter said of neighbouring resident who almost certainly  mitigated property loss on Saturday morning.

The point of the origin of the fire was a barrel burn that got away from its owner.

The municipality had lifted the burn ban late last week thanks in part to some rains on Thursday, however localized conditions and rainstorms that seem to travel by the concession road have left pockets of Prince Edward County that are still dry and without much moisture.

Rutter added that most of the burnt acreage was a hay field that had been cut meaning losses were minimal.

The Chief called on would be burners to practice safe burning.

“If someone has called in fire and is going to light up, we would ask they make surethey have the means of extinguishment there on hand in the event it does jump,” Rutter said.

The provincial restrictions on burning during COVID-19 created a backlog of farmers and land owners that were hoping to burn and clear brush during the spring. Dry weather and strong winds have led to several partial and full burn bans in Prince Edward County and Rutter is hearing from those that are hoping to have a burn regularly.

“You drive most of the County roads and the sides are green and growing but there’s a part down the middle of Prince Edward County that’s still brown,” Rutter said. “We want to leave it as long as we can and let those folks get that burning done but, if we don’t keep getting substantial precipitation, we will have to scale it back to a partial burn ban again.”

Firefighters were called out again on Sunday morning to an address on Old Milford Road but made very short work of the call and were only on scene for a a few minutes.

“It was a minor extinguishment,” Rutter said.