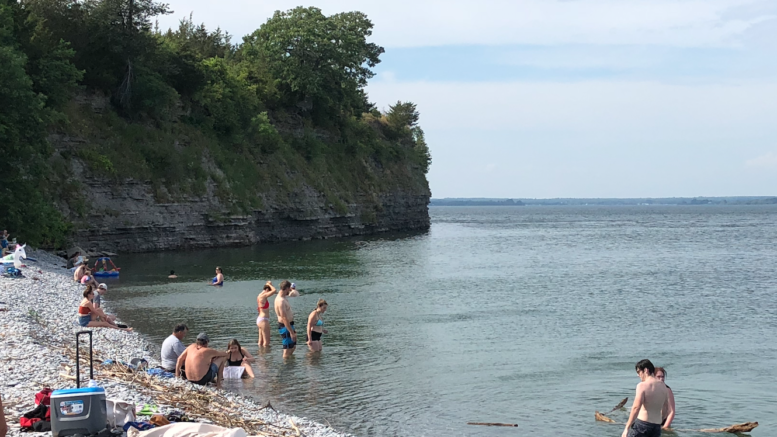 After making the announcement the road way and parking lot of Little Bluff would be closed last weekend and that move not deterring large volumes of visitors, Quinte Conservation has made the decision to close the conservation area in South Marysburgh Ward until further notice.

According to the Conservation Authority, starting Friday, July 31, 2020, Little Bluff Conservation Area will be closed for use until further notice. The decision to re-open the area will be evaluated on a week-by-week basis starting August 14th.

Any use of the area is not permitted at this time. Individuals are asked to respect the closure and those caught violating this closure may be subject to a fine.

The decision to limit vehicle access into the area was made last week and although Quinte Conservation does not have the authority to stop individuals from parking roadside, it was not encouraged.

The previous decision to limit access came about due to garbage dumping, illegal overnight camping and masses of visitors not social distancing.

“This however, did not deter individuals from parking along the municipal road in order to access the area. After multiple reports regarding the safety of other drivers trying to pass parked vehicles on the narrow road, Quinte Conservation has made the difficult decision to completely close the area until further notice,” the press release said.

Reports to the Gazette indicate as many as 38 vehicles were parked alongside County Road 13 at the height of activity last weekend.

Quinte Conservation staff will be monitoring the area closely and encourage neighbours of Little Bluff to report their concerns and non-emergencies to 613-968-3434 or by email at info@quinteconservation.ca.