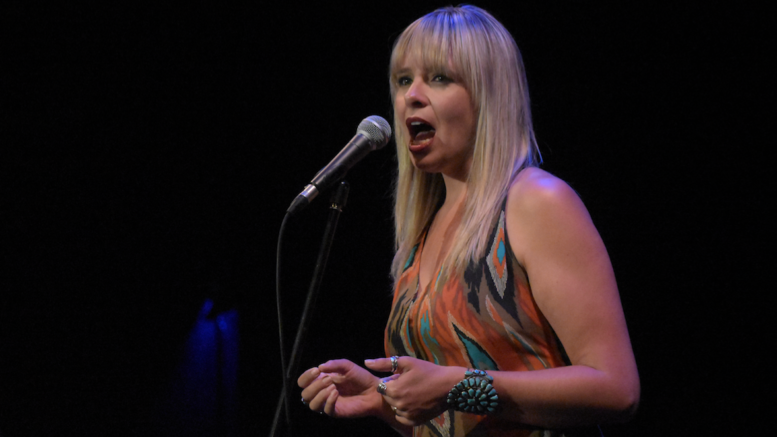 A special set of circumstances is allowing a special Prince Edward County-born chanteuse to perform at a special location for a special concert. On Saturday, August 22, the county’s own Miss Emily (Emily Fennell) will make her debut as the feature presentation at Picton’s Mustang Drive-in for a very special live performance.

This will be just the second full-band show by the Prince Edward County native since February 3 when she was named Female Artist of the Year and New Artist of the Year at the Maple Blues Awards. She also went home that night with the inaugural Sapphire Video Award for the video of her song “Hold Back the River” – shot entirely on location at the Kingston Penitentiary.

Normally by mid-summer, Miss Emily and her band would be in the midst of a festival tour; playing in front of thousands of fans across Ontario and throughout Canada.

Unfortunately, since the pandemic was declared in March, live music has been shut down or relegated to online performances.

“I’ve had challenges in my career before; no funding, no gigs, sexism, ageism,” said the singer. “This is a whole other challenge but I’ll never give up on trying to propel my career forward for myself, my family, my band mates and my team.”

In an effort to continue that momentum and re-connect with her growing fan base, Miss Emily approached Dawn Laing and Drew Downs the owners of the Mustang Drive-in.

“Dawn and Drew have met this idea with enthusiasm and have been encouraging me since our initial email exchange,” said Fennell. “They’re truly exceptional people and the community is fortunate to have them.”

This unique performance will feature two shows – the first at 11a.m. and the second at 4 p.m.

Opening the shows will be The Wilderness – an up and coming Kingston band currently recording with Tragically Hip guitarist Rob Baker – as well as local favourites Borgin & Benni.

The entire event is being sponsored by Huff Estates – long-time supporters of Miss Emily and of the arts in and around Prince Edward County. The show will also include a charitable component with part of the proceeds going to The Three Oaks Foundation – a Hastings and Prince Edward County organization that provides safe shelter and services for abused Women and their children in addition to domestic violence education.