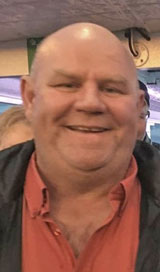 Peter Paul Peeling
Nov. 16th, 1967– Aug. 8th, 2020 formerly of Prince Edward County
It is with great heartache and sadness that Justin (son) and future daughter-in-law Maria and the family announce the sudden passing of, Father, brother, husband, son and a great friend. Peter owned and operated JP’s Sales Service and Repair in Edmonton for the past 20 years.  The shiny aluminium gravel boxes that were built became the standard among his many customers.  “Pete” will forever ring loud when we think of the customers that wanted something done yesterday. His employees were the second family and most worked for him for years, Justin, the longest!  He made many extra jobs for people that needed it and particularly family!  Edmonton Oilers lost a dedicated fan as it was the end of the day when the oilers were playing, no matter where he was. That love of hockey extended to watching Justin play as he grew up.  Auctions was on the top of the list of fun things to do. Many years passed but not many of Dale’s Auctions were missed.  On weekends you found him at his farm south of Two Hills fixing some “piece of junk” that was still useful in the necessities of farming. Cattle roamed the pastures and he lived to just sit and watch “checking” the cows.  Tagging and banding was always an experience as it was usually last minute and if the weather holds. The farm surrounded his sister’s (Diane) acreage where he stayed when he was at The Farm.  It was his home away from home and you heard him exhale when arrived for the weekend. Peter was predeceased by his parents,  Ed and Muriel Peeling.  Sisters (Lola, Pauline, Sharon), Brothers (Stan, Sydney). Survived by His son Justin (Maria), Sisters: Penny (Daryl), Susan (Gary), Diane (David), Nancy (Doug), Sandy, Judy (Don), Patricia.  Brothers: Steven, William (Lynn), Leland (Kathleen), Louis (Linda).  Nieces and nephews that would require a lot more space and most were his peers as well.  Great nieces and nephews especially the ones that were a part of usual life in the past 15 years.  He poked, prodded, taught, laughed, swore at, and squealed louder than they did as they couldn’t resist playing with “Uncle Peter.”  They helped with the farm stuff when they were around and they could drive the side by side and quads.  We will miss him always. He lived life on his terms and Justin was the light in his heart!  The Gentleman Farmer forever. Celebration of life will take place on September 26, Northport Park starting at 1pm.