It would be a fool’s errand to project exactly who will be still kicking around Shire Hall in a decade’s time and what the landscape will be in Prince Edward County but let’s dream for a few paragraphs.

Maybe Hallowell/Bloomfield Councillor Phil Prinzen who was so well supported in 2018 will hang around and wind up making the leap to the head of the horseshoe. Or maybe he and his daughters will be tending to dairy cattle on Gilead Rd. and thankful to be a one and done councillor.

Or maybe there will be a whole host of neophyte councillors that will show up to a couple of key ribbon cutting ceremonies in the summer of say 2030 or 2032. One will take place where County Rd. 49 and County Rd. 15 meet. County of Prince Edward Mayor Whomever will stand with local Members of Parliament and Provincial Parliament and speak about the emergency reconstruction of a concrete road that had to be closed three years prior due to complete and total ruination.

The former Highway 49 that was tossed into the municipality’s lap like a soon-to-be detonated time bomb about 30 years ago by the Government of Ontario had become completely broken down in 2027 and well beyond the County’s ability to repair. Already at the end of life as reinforced concrete roads tend to be after half a century of usage, the last three years the road was completely impassible and its state deteriorated by the minute as increased heavy truck and tractor trailer traffic left gaping holes in the roadway to the point where the municipality’s insurance company said “Either close the road or lose your policy” due to the number of provable claims against the County of Prince Edward.

Thankfully, the Feds and the province bellied up to the bar to each pitch in a third of the cost of completely rebuilding the road.

Great news, it only cost the County $16 million and the residents of Demorestville and those living on County Rds. 15 and 5 each said an audible prayer as the endless parade of trucks heading to and leaving from Picton Terminals would finally cease in favour of a more direct route.

The second ribbon cutting of 2030 wasn’t so well attended.

Sure, the Federal and Provincial governments kicked in for a new water pumping station in Wellington with an intake far out into the depths of Lake Ontario, but the County’s plea to make that a central intake for the Quinte region fell on deaf ears.

The prospect of selling water to the City of Belleville for the same reciprocal and “neighbourly” rate that municipality had stuck the County with for Fenwood Gardens-only at a much larger scale- was delicious indeed but never materialized. The County had to move the municipal intake away from Picton Bay because of the increased boat traffic-both thanks to increased shipping activity at Picton Terminals as well as large vessels navigating the Picton Harbour where disturbed sediments combined with leachate flowing from Marsh Creek from the former Picton dump site at Delhi made it impossible for the municipality to continue at status quo.

Again, after findings of contaminated water-thankfully, no one died but dozens were made sick- lawyer’s letters and insurance brokerages drove the decision for the County of Prince Edward to vacate Picton Bay post haste.

This time, the County was on the hook for a $40 million hit for a new pumphouse and pipes along Millenium trail to get water to the Picton distribution hub.

Come to think of it, it will probably be an entirely new Council, picking up the pieces and trying to explain tax hike after tax hike because a previous council long ago didn’t read a peer review of a proposed rezoning application and site control plan throughly enough to be scared stiff and recognize the massive pitfalls ahead.

Or maybe council did see there was no safe way of moving ahead with the Picton Terminals proposal as presented to their Planning department and these forecasts were nothing but a taxpayer’s bad dream.

Or maybe nothing bad will happen and we will all tip toe between the rain drops. 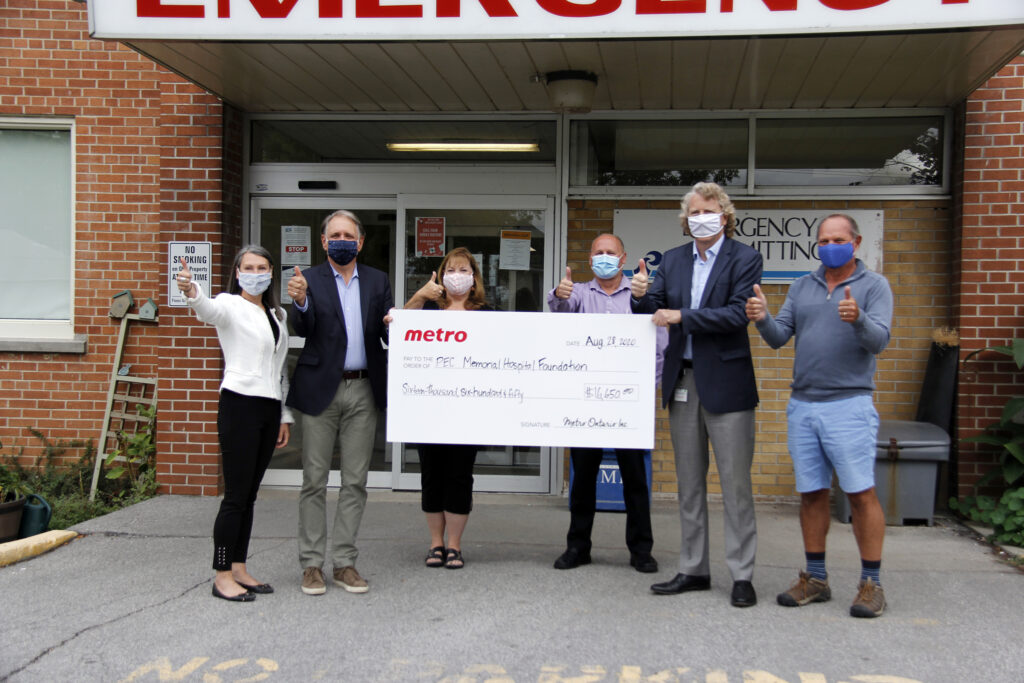