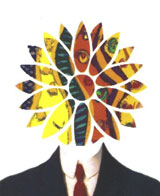 Alan Whiteley
December 11, 1945 – September 1, 2020
Alan died peacefully at the PECM Hospital on Tuesday September 1, 2020. Amazing husband and best friend of Carolynn (nee Sayers) for more than 52 years. Alan also provided loving care for his cat, Sophie for 16 years. Alan was the brother of David (Linda) and Andrew (Annette) and much loved uncle of Kristina (Bob), Michelle (Aaron), Jocelynn (Jason) and Miranda (Nick). Proud great uncle of Jordyn, Braeden, Claire, Ethan, Gabriel, Ava and Julian. Brother in law of Keith Sayers (late Krystyna) and uncle of Steven (Amy), Michael (Nicole) and Kimberly (Stuart) and great uncle of Jordan, Caleb, Brody, Lucas, Kailyn and Benjamin. Born in Yorkshire on December 11, 1945, to the late Harry and Ivy Whiteley, Alan arrived in Canada on November 11, 1957. He was an excellent student who loved exploring new ideas. After studying philosophy at York and Guelph Universities, he taught at UCC for a few years before deciding to study law at the University of Toronto. He had a brilliant career in a variety of areas of law. Some of Alan’s work involved travelling, which he thoroughly enjoyed and living in London England for two years while negotiating contracts with the Canadian Government. After moving to Prince Edward County he practiced law from home and became involved in a variety of volunteer and social activities. Alan was a voracious reader and wrote a small book of poems, Gypsy in a Suit, with the picture above on the cover. Recently Alan wrote his autobiography, Accident – The Real Director of a Life. Alan was honoured to receive a Lifetime Humanitarian Award as Legal Counsel and Supporter of the Face the Future Foundation. He was preparing to be a guest professor at the Faculty of Law of Palacky University in Olomouc, Czech Republic this October. We wish to thank Dr. Laura Arul, the Family Health Team, the medical team at Kingston Health Sciences Centre, the SE-LHIN and all the support received from Quinte Rehab and Bayshore. Their effort to assist during the past few months has been outstanding. Family and friends found a wonderful variety of ways to help Alan navigate his final voyage. Thank you all. There will not be a service at this time but I’m sure we will find many ways to celebrate his life in the future. We hope you will consider supporting a worthy local cause such as PECMH Foundation “Back the Build”, “Love Your Library”, and “Raise the Curtain”, the new fundraiser for the Regent Theatre. Or you may wish to support the ALS Society of Canada www.als.ca. Thank you. Arrangements entrusted to Whattam Funeral Home,  33 Main Street, Picton, ON www.whattamfuneralhome.com