As hard it may seem to believe, tomorrow will mark 19 years since the terrorist attacks of Sept. 11, 2001, which saw four airplanes hijacked and crashed into the World Trade Center, the Pentagon and a field in Pennsylvania.

For many of a certain generation, those attacks, which resulted in 2,977 fatalities, was a defining moment in their lifetime. A moment where just about anyone who lived through it will be able to recall vividly where they were when they first heard the news of the attacks.

For myself, it was at a Belleville call centre, speaking to a computer customer in the United States and trying to figure out why their Windows 98 Operating System was running so slow. At once, every line in the place went to a dial tone and we would come to find out later that part of the call routing hardware and software managed by the client went through the WTC.

With no calls coming in, word soon spread amongst us of what was transpiring in New York and the shock and awe of the falling of the twin towers was viewed on a television set in the employee lounge to the gasps and wails of those huddled around, watching as Peter Mansbridge tried to make sense of it all on the CBC.

The following months around the call centre, each day speaking with Americans and trying to get them through their technical troubles was tough. It was as if they decided to call tech support about an hour after they had attended a funeral for a loved one. Life on the phones did not go back to normal for some time.

Though the carnage of 9/11 was contained within the borders of the United States, there was an undeniable ripple effect felt in Canada, not to mention the rest of the world. As close allies to the U.S., the threat of an attack on Canadian soil seemed plausible. When it came time to seek justice and prevent another attack, Canadian soldiers were among those to answer the call. Nearly 20 years later, a very different catastrophe has reared its ugly head and will no doubt play a pivotal role in shaping history over the next two decades.

Though there is no real one moment that signifies the start of COVID-19, as opposed to the striking image of a plane slamming into the side of a tower, those who lived through this pandemic will never forget. Thousands of innocent lives have been lost to the disease and the numbers continue to climb. Just as in the days and months following the attack in 2001, there remains a certain level of anxiety for some people as they return to public spaces for fear of contracting the virus. As researchers continue to work towards a vaccination, there still remains no real concept of when the worst will be over. Like a terrorist attack, the virus remains unpredictable. Geographical borders mean nothing to it and often times it’s impossible to see until it’s too late.

Tragic as the attacks of 2001 were, they did stir up a level of patriotism and togetherness not seen in this reporter’s lifetime and not one seen since. Political parties put aside their differences and found a way to work together for the greater good. Strangers pitched in to help those in need. Nations bound together to keep citizens of all nationalities safe. Frontline workers risked their own health and safety to care for strangers. Unfortunately, many have paid the ultimate price for their dedication. Their sacrifice has also saved untold amount of lives as well.

If there’s one thing to take out of tomorrow’s anniversary, it’s that humankind is capable of overcoming the worst of tragedies when they work together and when partisanship, fear and pettiness are put aside for humanitarianism.

Just as it’s important to honour those who lost their lives on 9/11, it’s just as necessary to remember the lessons brought about from the disaster and see all the good and potential in the human race today. 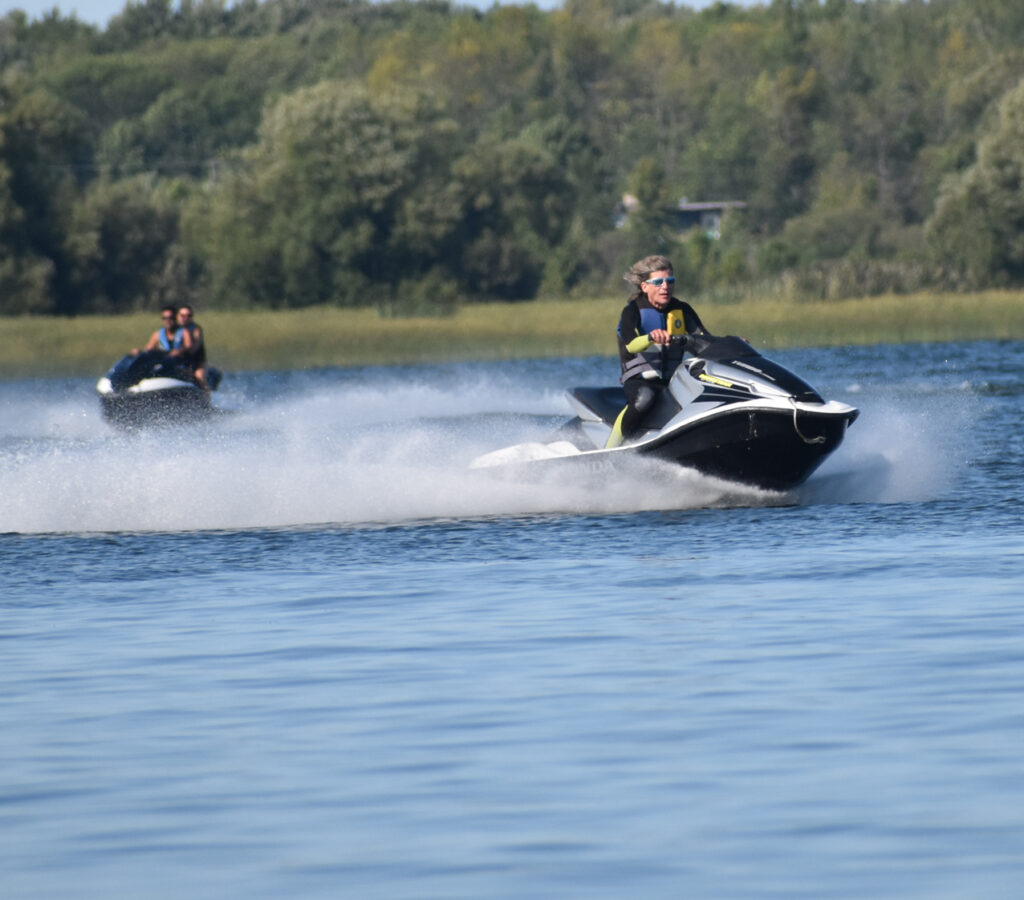 CUTTING A COOL WAVE – On the water was a great place to be as the summer of 2020 unwound its final spiralling siren song this Labour day weekend. Personal watercraft drivers were in abundance at the north portion of Weller’s Bay on Sunday afternoon. (Jason Parks/Gazette Staff)