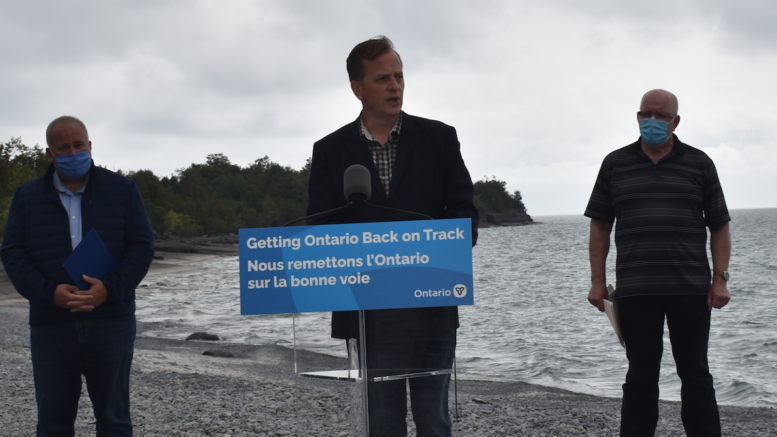 Provincial protection of ecologically sensitive portions  the South Shore of Prince Edward County are in the works.

On Thursday afternoon, the Government of Ontario is beginning the process to designate Ostrander Crown Land Block and Point Petre Provincial Wildlife Area, two ecologically significant areas along the southern shore of Prince Edward County, as a conservation reserve. Over the coming months, the province will complete an assessment and evaluation of the site, in collaboration with Indigenous communities and environmental organizations, such as the South Shore Joint Initiative, the Schad Foundation and the Nature Conservancy of Canada.

“Our Made-in-Ontario Environment Plan commits to working with our partners and conservation leaders to protect natural areas and promote the importance of healthy, natural spaces for future generations to use and enjoy,” said Jeff Yurek, Minister of the Environment, Conservation and Parks. “By exploring this initiative for the southern shore of Prince Edward County, the government is following through on its commitment to pursue initiatives like Ontario’s Living Legacy, which is one of the largest expansions of Ontario parks and conservation reserves in the province’s history.” 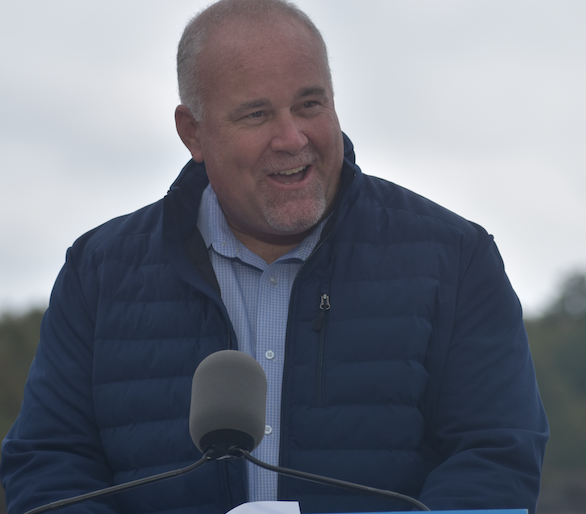 Formerly considered a hidden gem for locals, the advent of social media and word-of-mouth has led to the increasing overexposure of Point Petre in particular to the point that on weekends in 2020, the designated Wildlife Area took on the form of a de-facto Sandbanks Provincial Park overflow beach and the associated ills of huge masses of transient visitors with no garbage receptacles or washroom facilities to facilitate their needs left “The Point” looking like Woodstock the day after.

“Today’s announcement is the work of local people in the community pushing this issue and (Smith)  coming forward in highlighting it,” Yurek said.“We want to make sure we can come on our Made in Ontario environment plan and preserve natural heritage for future generations and this is a project that sticks right out as one we should get right to work on as soon as possible.”

The Minister said the province will soon announce the start of the consultation process to move towards the conservation reserve that will include engagement Indigenous communities, the County of Prince Edward as well as , people living in the area.

“Once that’s complete and it moves forward, there will be a management plan put in place with the local input but the main point is that all future development ceases once it’s designated as a reserve. It will preserved,  maintained, enhanced and the species and the species at risk will looked after for for future generations to come,” Yurek said.

Exploring creation of the new conservation reserve is based on the conservation efforts of the SSJI, a not-for-profit coalition working to protect the Important Bird and Biodiversity Area in the South Shore of Prince Edward County, and the Nature Conservancy of Canada, who acquired and is managing privately protected areas in the region. If designated a conservation reserve, the land would provide opportunities for the community to enjoy the area’s natural beauty, including hiking, fishing and birdwatching, while strengthening the long-term protection and health of local wildlife.

“Nature Canada celebrates this critical step forward. We championed this initiative alongside local conservation groups and we encourage the government to provide a strong management plan for the South Shore that will protect this treasured natural area for generations,” said Graham Saul, Executive Director of Nature Canada.

“The project in South Shore is creating real economic benefits, providing protection against the impacts of climate change and ensuring local communities can continue to enjoy the outdoor activities that we all love and that have become even more important in a COVID-19 world,” said Peter Kendall, Executive Director of the Schad Foundation. 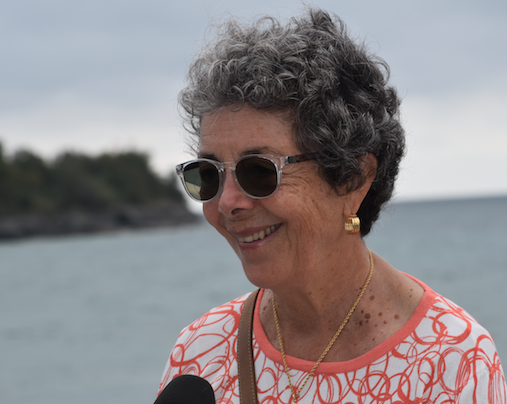 Program Director of the Nature Conservancy of Canada Mark Stabb has been directly involved with a number of conservation designations to blocks of land along the South Shore and said Thursday’s announcement was a massive win for the local community that’s been pushing so hard for this type of protection of a place that holds such ecological value.

“It’s great for the groups that have been strong advocates but in the bigger picture, the world needs more protected places like this. In the news recently, there was a report that species across the planet are declining by 68 per cent and one of the ways to combat that trend is more places like this,” Stabb told the Gazette. “We’re optomistic there will be resources and a management plan and staffing put in place so that it can be used sustainability into the future.”

The SSJI’s Cheryl Anderson and Myrna Wood started the process of protecting Ostrander Point from Industrial Wind Turbine development in 2010 and, a decade later, Thursday’s announcement felt like both the end of a marathon and the start of a sprint.

All told, around 4,ooo acres and the 33 species at risk contained within on the South Shore will wind up being protected.

“We are super excited the government is willing to create permanent protection for Point Petre and Ostrander Point blocks,” Anderson told the Gazette. “The next step is to make sure we have a good management plan and hopefully good enforcement to protect these areas. What is wonderful is that there will be no development of any kind on these two areas of protected land.”

Like a lot of local residents concerned with the increase of human activity at Point Petre and other South Shore swimming spots, Anderson cringed when she saw social media postings that detailed garbage dumping and other destructive behaviour.

“Luckily we were able to direct people taking those pictures to the proper authorities and, in some cases, the persons doing this stuff have been charged,” Anderson said.”What’s been happening here this summer concerns every County resident. We want people to come and enjoy the South Shore but when they don’t use it properly or leave things in a mess, it’s not good.