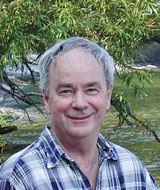 Frederick William Chandler slipped away on September 16, 2020. Born in 1938, the only child of Frederick George Chandler and Mary Ann (Hurley), he grew up in Epsom, Surrey, England during WWII. At 18 he studied for his general science degree at Reading University interrupted by a two-year military service in the Royal Army School of Civil Defence. He continued his education in geology (London University) followed by a Ph.D (University of Western Ontario) in 1969. While studying for his Ph.D he met his wife Janet Smith. After marrying in 1969, they resided in Calgary while he completed a postdoctoral fellowship; Toronto, working with the Ontario Department of Mines (Bruce Mines, Wakomata Lake); and Ottawa, serving as a field geologist with the Geological Survey of Canada (1971-2000) (Nunavut – Wager Bay; Yathkeyed Lake, Baker Lake, Ennedai Lake; Saskatchewan – Wollaston Lake; Hudson’s Bay – Richmond Gulf; North Baffin Island; Newfoundland; Nova Scotia). In 2002, Fred and Janet moved to a 15-acre forested property on the shore of Lake Ontario in Prince Edward County. The quiet country living among the wild birds and animals was a great source of delight. The photo of Fred was taken just after purchase on the beach of this property that he loved so much (2001). Fred enjoyed performing Renaissance and Baroque music (viols and recorders), dance and theatre. He was the founder of County Baroque. Music, sailing, raising fruit trees and roses, building shelters for and communing with countless animals, and reading history and politics were other favourite pastimes. Fred is survived by his wife Janet, daughters Jennifer (Martin Pergler) and Susan (Geoffrey Gow) and two granddaughters (Emily and Gillian). At his request, the extended family will be meeting privately. If desired, memorial contributions can be made to the Prince Edward County Memorial Hospital Foundation’s “Back the Build” campaign.