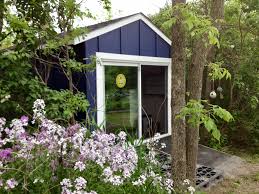 The latest Rotary Club of Picton meeting was abuzz with information about bee conservation delivered by Julie White, Beekeeper at Long Point Honey.

Prior to beginning her own beekeeping operation, White studied under beekeeping guru Dewey Caron of the University of Delaware.

“When I started my bee yard, I had never been in one before, other than the training I got at Guelph,” she said. “I spent the first year or two going into every single hive each week or two. I learned a lot and began to understand that hives operate almost like a brain or a unit. They’re in harmony with each other.”

White walked the audience through her journey with beekeeping, and how she came to realize that clues about the health and well-being of her hives could be found in the surrounding environment.

She also explained that clues about environmental health could be found in the health of the bees, given the symbiotic relationship between the two.

As she put it, bees are the “canary in the coal mine” often giving us clues about environmental stressors.

“What’s going on in the hive is often a reflection of what’s going on outside. I started my day by walking along the road and then I would go into the bee yard and just be there for a bit. You can tell quite a lot about what a bee yard is doing by what it sounds like,” said White.

She explained that even something as seemingly insignificant as the passing by of a skunk or imminent rain could change the atmosphere around her hives.

“If bees are a bit upset or agitated, it could be because it was about to rain, or maybe there was no forage, or a skunk had come in,” she said. “I use all my senses to get a feel for what’s happening in the environment and what to anticipate. I look at the outside where I can tell quite a bit too, for example, what kind of pollen they’re bringing in.”

Now, White only goes into her hives two to three times per year at most. 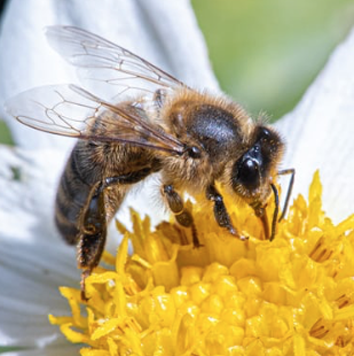 Far and away from the odd mammalian threat or change in weather, White described an insidious threat to bee colonies being that of pesticides.

Though they spend much of their time cordoned off into separate hives, White stated bees are not living in isolation.

“Bees don’t live in isolation. They live as part of a bigger environment and are very affected by things going on around them, whether the weather or pesticides,” she iterated.

One type of pesticide that has severely impacted bee colonies, as White explained, is neonicotinoids. Because her beekeeping operation is certified organic, she hadn’t had any experience with pesticides until joining the Ontario Beekeeper’s Association.

Many of her fellow beekeepers shared alarming statistics regarding the effects these pesticides were having on their bees, citing a loss of 50 per cent of their hives per year or more.

“Farmers started to use coated seeds that contain neonicotinoids, primarily soy and corn,” said White. “And, 60 per cent of farmland in Ontario is corn or soy, meanwhile most beekeepers are located in agricultural areas.”

She explained that while bees are not particularly attracted to soy or corn, neonicotinoids are pervasive. They leech into soil, water and other areas, thereby affecting bees.

Though, as White pointed out, pesticides are not the only enemy of the bees, with loss of habitat and the unseemly varroa mite also accounting for colony loss.

“What happened with the neonicotinoids is they would reduce the capacity of the bees to navigate and reduce their immune system, which would make them more susceptible to the varroa mite,” said White.

Honey bees are a canary in the coal mine, she stated, in that they are a proxy for how other pollinators and insects are doing. Being part of an agricultural industry, White added, it is unlikely the honey bee will go instinct.

“Honey bees are not going extinct. They’re livestock that are part of an agricultural industry. But all the uproar around honey bees was very important. They’re a proxy for what’s happening with wild bees and other beneficial insects,” said White.

“With honey bees you can tell how many died. With wild bees, you can’t tell. There’s no little markers on them and no way to count,” she added.

Luckily, some measures have been put in place to limit the amount of neonicotinoids being used.