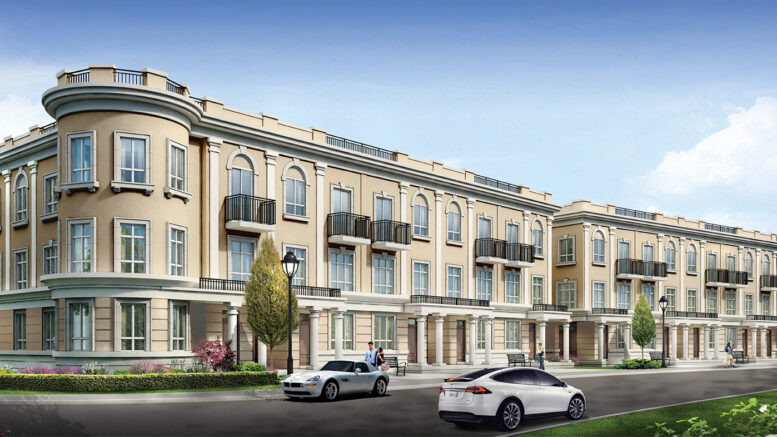 THE FUTURE- An artistic rendering of the proposed development on the Picton Heights, featuring boutique townhomes pictured here. (Photo: vineridgecommunity.ca)

A proposed large scale housing development in the area known as MacAulay Village is coming to light to the public as the County’s housing crisis continues its full boil. The mixed-unit proposal would bring as many as 560 dwellings to this area south of the town of Picton, with occupancy potential as early as summer 2022.

The development would be called Vineridge and constructed between Inkerman and Neery Avenues. Several derelict and vacant buildings including certain selected institutional buildings would be demolished to make way for a series of  units would be a mix of three storey buildings of stacked bungalow and back-to-back townhouses, as well as three storey street townhouses. The developer, Fred Heller of FLC Group, spoke with the Gazette recently and  took some time to explain the impetus and the projections for this development.

Heller has experience with housing developments in Collingwood and Niagara and involvement in those areas have helped him and his team recognize the transitory state Prince Edward County is in currently and how precious housing that reflects the needs of the market is.

Heller explained his group are at the forefront of the planning stage of the development and have submitted two applications to the municipality’s planning department related to the proposal-one for rezoning and another to enable the size of the development, which will be built in nine phases. 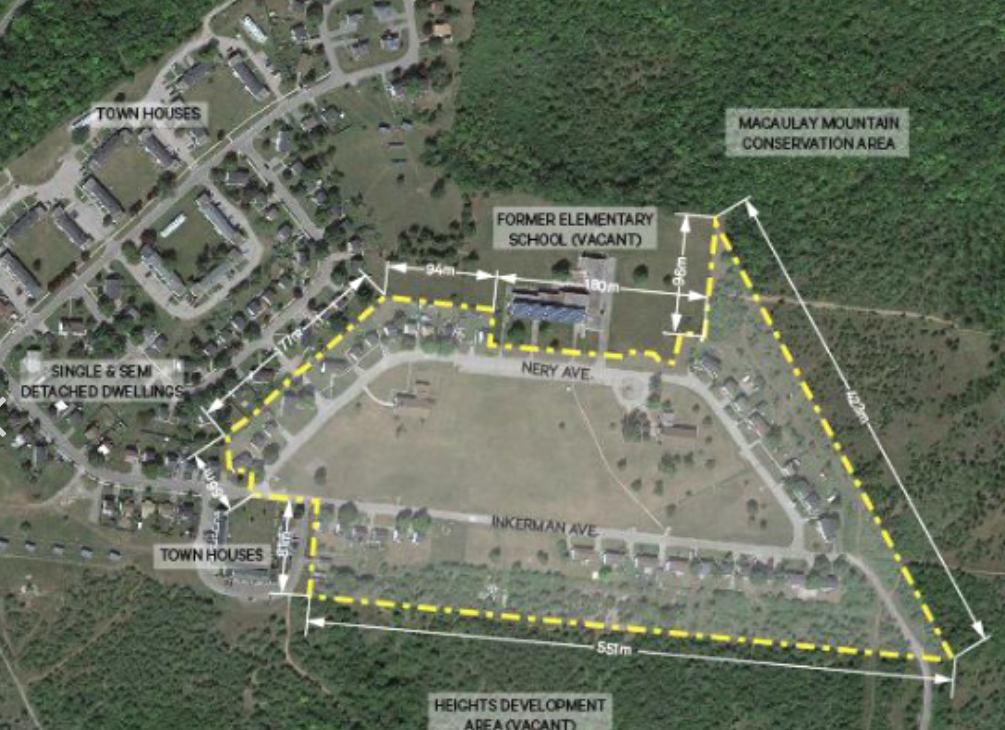 A planning map indicating the size and scope of a proposed redevelopment of lands at Macaulay Village. (FLC Group)

“We are right in the beginning. We have prepared and submitted two applications,” said Heller.

While the development might have only submitted two planning applications to the County of Prince Edward, according to their website vineridgecommunity.ca, FLC has completed several legwork steps, studies and concept planning.

For a community badly suffering from a lack of affordable housing, Heller is offering units would start at a comparatively modest mid-$200,000 range while Upper range of the units will be in the mid $400,000 range.

“Two bedroom units will be starting at $275, 000 and we’re not planning on this time on having anything above that mid $400,000 range,” asserted Heller, further explaining the first phase of units will provide 66 dwellings.

When asked who he hoped to attract with this development, Heller stated he hopes to attract the broadest cross-section of purchasers as possible.

“The target market will be local people,” he said. “We have a range of different types and sizes of units, so I’m expecting first time buyers, empty nesters and families.”

Weekenders, those looking to relocate and telecommute to larger nearby cities such as Peterborough, Kingston, Oshawa, etc, empty nesters and those looking to down size and enter the condominium lifestyle are also preliminary targets although the fine tuning of the marketing process is still under development.

In regards to the partially developed southern section of the former Camp Picton Personal Married Quarters that will see everything south of Caen Court levelled,  Heller explained that his company is taking advantage of a pre-existing site as opposed t developing a natural green space.

“It’s an interesting site because we’re redeveloping an existing property. This is not a green field site that we’re bringing into the municipal area. It’s already in the municipal area and has old houses from the Camp Picton days and so those will be replaced with a new community,” stated Heller. “We are very excited about the location.

The location itself is adjacent to MacAulay Conservation Area  and the developer said he feels privileged to be putting a development in this type of location adding, “we’re going to continue on the site with as much landscape area as we possibly can.”

“We’re keeping the shape and concept of the site. We’re also going to keep the church buildings as a recreation centre for the development,” Heller explained.

Currently, the site boasts an unadorned green centrepiece that, as Heller stated, will become heavily landscaped and home to a water feature, such as a pond.

“That will be a central focus for the whole development,” he said.

Should all go according to plan, Heller hopes to put shovels in the ground next spring or summer, with occupancy available the following summer for the first phase of the development.

As for a completion date for this project, Heller explained continuing through the planned phases will depend upon the market demand.

“I don’t have one (a completion date) because a project of this size is based on market demand,” said Heller. “I would love to build one phase every year, but that remains to be seen as to how the market is.”