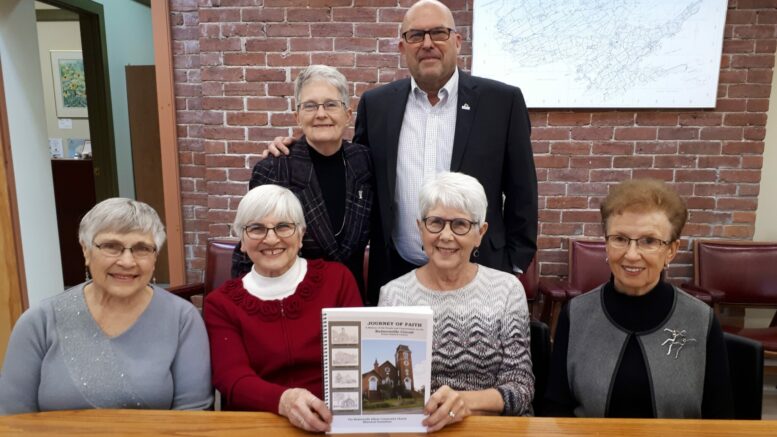 The rich and colourful history of northern Prince Edward County and its spiritual underpinnings comes alive in a new publication Journey of Faith which tells the story of the churches and their communities on the Rednersville Circuit of the Wesleyan Methodist and later, the United Church.  The importance of maintaining this heritage in written form for future generations is underscored in a 1903 quote by Congregational minister and educator, Reverend George Cornish.

“It is cause for profound regret that so few of our churches and Sunday Schools realize that they are making history. Hence but little data has been preserved… “ 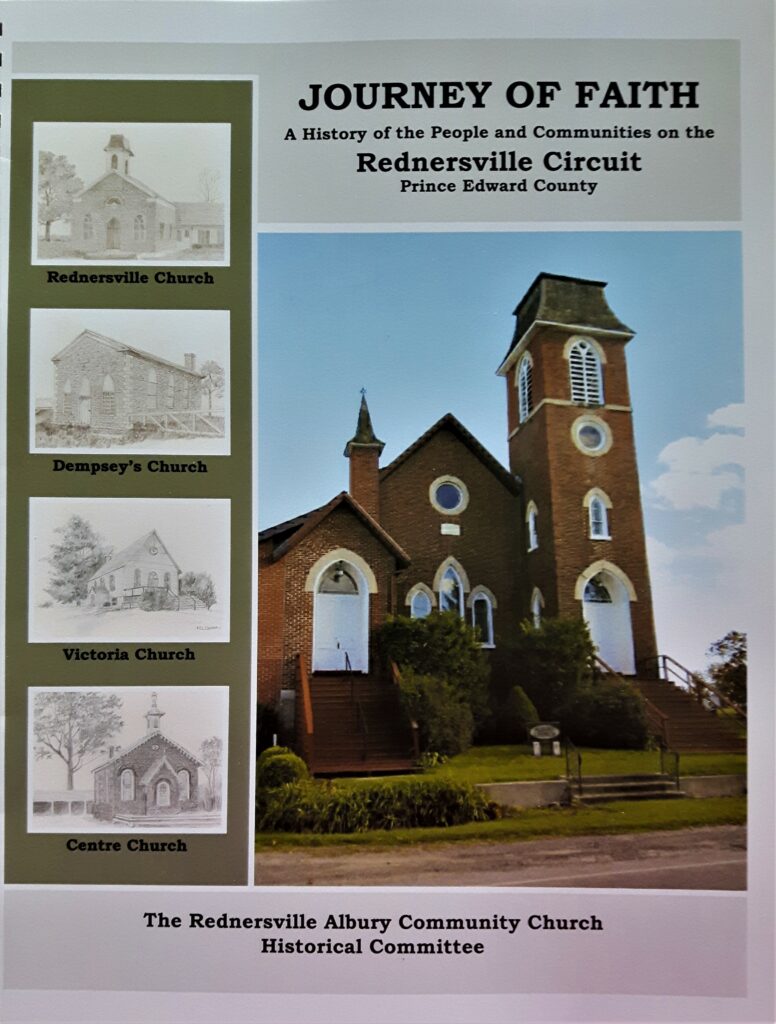 Rev. Cornish’s sentiment became very relevant to the committee which was formed to preserve the history of the Rednersville Circuit in book form. The committee members had been inspired to do so as a result of the lack of written records for the Circuit and the dwindling numbers of individuals able to provide memories of the four churches from which it had been formed.  Rednersville, Albury, Centre and Victoria Churches were once spiritual focal points in Ameliasburgh Township where thriving rural communities worshipped and gathered for social events. However, three of the four churches have been closed and two of those three were destroyed, leaving nothing to mark the places where they stood for so many years.

Journey of Faith examines the roots and cultural history of the above communities on the Circuit from the original four church framework to the sole remaining congregation of Rednersville Albury Community Church. It documents the journey of the first settlers who travelled to the north shores of Prince Edward County in search of a peaceful place to live and worship.

They were, in effect, refugees – first from Europe due to religious conflict, then from their new communities in the Thirteen Colonies, where they had refused to fight the British in the American Revolution and were driven from their land. The book also tells of the early days when circuit riders travelled on horseback to bring the gospel to the settlers’ new home and the eventual construction of the four churches. While there are other written accounts of the church buildings, Journey of Faith goes further to relate the fascinating stories of the people of the Rednersville Circuit and their community life. Descendants of those pioneers still reside in the area and worship at the remaining church.

Community involvement for the people of the Circuit was vibrant and satisfying  and Journey of Faith explores the work, social, and spiritual lives they led. Agriculture was the main livelihood but, as described in the book, people also engaged in other occupations including milling, trades such as tanning and blacksmithing, hotel and tavern keeping, carriage making and boat-building.  Their social life revolved around the churches where they participated in activities such as concerts, dinners, teas, seasonal events and outreach projects at home and afar. The many personal anecdotes and lived memories in the book make for highly entertaining reading for those both with or without a connection to the Circuit’s faith history.

The contributors to Journey of Faith are grateful to the Prince Edward Historical Society for its assistance in editing and the funding of printing. The book is available for $25.00 (tax included) and can be ordered by e-mailing   jubu57@hotmail.com  or telephoning Evelyn at 613-968-9402.