Councillor John Hirsch put forward a resolution at the latest Committee of the Whole Meeting seeking council’s support to create an County-wide interim control bylaw that would prevent further planning act applications in particular areas, thereby protecting natural core areas and linkages as outlined in the draft Official Plan (OP) that has yet to come before council.

Even with a slight amendment, stipulating that staff investigate the appropriateness of an interim control bylaw to prevent planning act applications in natural core areas, Hirsch’s resolution failed to gain traction.

Council received the motion to accept the resolution in a tied vote, which is akin to a failing vote within council chambers.

After two years in abeyance, and over two decades with the current OP, the draft is intended to come before council in late 2020.

As noted in the resolution, planning act applications have detrimental effects on lands defined as “natural core areas”. The resolution put forward by Hirsch had intended to mitigate this damage.

Had the resolution passed, staff would have received directive from council to review and report on how the policies within the existing OP can adequately protect these sensitive areas prior to any planning projects being brought forward for approval.

Another component would have been for staff to complete a review of policies contained within the draft OP and seek council adoption of said OP prior to December 2020 to allow ministerial approval while the bylaw was still relevant.

Ministerial approval is required for any OP and can reportedly take up to three months.

Speaking in support of the resolution was Amy Bodman, who sits on a number of local environmental groups such as the South Shore Joint Initiative and the Prince Edward County Field Naturalists.

Bodman argued the present OP, through which a plethora of planning applications are being guided, was written so long ago it bears little pertinence to the County of today.

“The present OP is more than 25 years out-of-date. The County we live in now bears little resemblance to the one that existed 25 years ago,” Bodman argued. “The new plan was written by our planners with the help of a consultant and received hours of input from community groups for a multi-year OP review.”

As Bodman notes, the draft OP has now been on hold for two years. 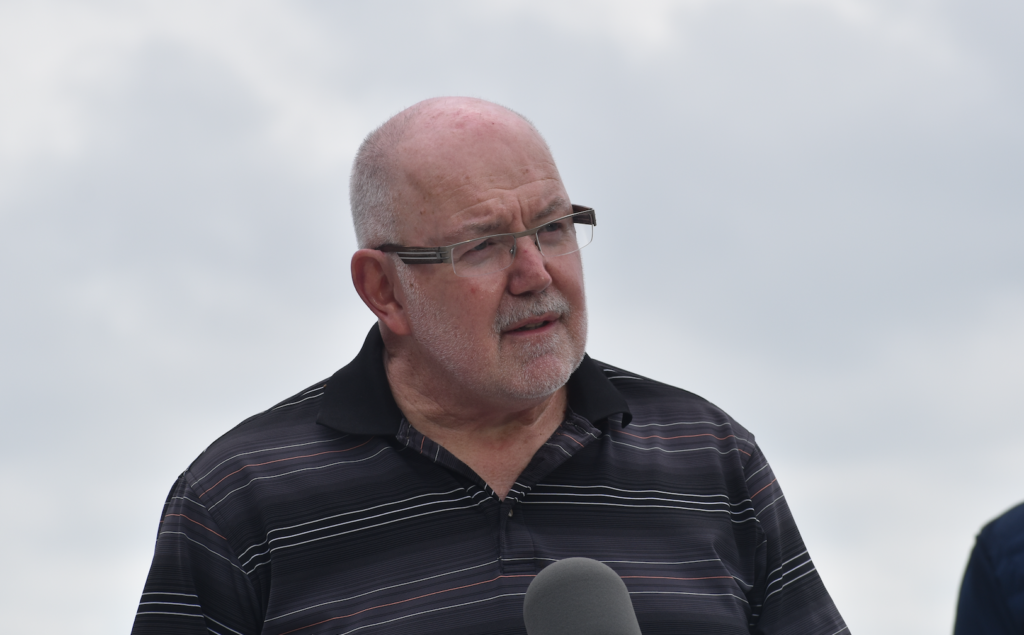 “We at PEC Field Naturalists were especially pleased with the inclusion in a new plan for a natural heritage section, which includes 11 natural core areas and linkages,” she said.

She noted that the new OP defines these natural core areas and linkages as being “the backbone which supports the ecological health of the County and the many benefits this brings to residents and tourists.”

Many may have noticed the large volume of development applications in the works of late. At a recent information session for one such development, it came to light the municipality has approximately 1,000 such applications in some stage of the planning process.

“During this two year waiting period, developers have been pushing through projects, many in environmentally sensitive areas,” stated Bodman. “This state of affairs is exactly what the identification of natural core areas and linkages in the new OP intends to prevent. Meanwhile, our planning staff have been forced to work with an outdated plan, giving developers a truly unfair advantage over the citizens of the County.”

As Bodman stated, this past tourist season has made it abundantly clear that the County’s natural assets are not treated with the respect they deserve.

Hirsch took a few moments to speak to his resolution, providing some clarity as to why it was put forth in the first place, as well as what type of development his resolution would not prevent from happening.

“I find, these days, that we’re being asked to approve more and more major planning applications,” said Hirsch. “Some of which, I believe, are being filed in order to get ahead of implementation of our new OP, which we do now hope will be in place sometime early next year.”

He went on to explain the identification of natural core ares is not intended to restrict ongoing rural or agricultural land uses. As well, stated Hirsch, low density residential development may continue to be be permitted within those natural areas, albeit subject to applicable policies.

With regard to development in natural core linkage areas, Hirsch noted that in the draft OP, development will be allowed in those areas so long as the proponent can show there’s no negative environmental impact.

“The action I’m requesting today is staff come back to us with a report detailing how we can protect these natural core areas during a time remaining between now and when we have our new OP,” Hirsch confirmed.

Mayor Steve Ferguson questioned what the interim control bylaw would mean for applications currently underway, suggesting the proposed bylaw might be ethically dubious.

“What does this do to applications in various stages of approval,” he asked. “I’m thinking of some fairly major ones in front of us.”

CAO Marcia Wallace confirmed that should the resolution to impose such a bylaw pass, applications ready to come to council would be delayed for the duration of the interim control bylaw.

“There’s a risk associated with the bylaw,” said Wallace. “We could be taken to court for the consequences to someone’s business. These are the kinds of things we’d explore.”

“There’s the whole ethical issue,” replied Ferguson. “I have mentioned this to Hirsch and others. This becomes an ethical issue and I have a great deal of difficulty changing the rules midstream if this goes forward. I think everybody is aware of that and I’ll vote accordingly.”

“I’m just asking that we put this in place earlier, because all of the people considering major applications are perfectly well aware of what the new OP will say,” said Hirsch. “All I’m saying is let’s look at the potential and address the feasibility.”

“This has far more broad ranging effects on our community, our economy, our future, than anything before it. I don’t think everybody is fully comprehending this. I agree with the mayor-morally, that’s not right,” said St. Jean.

St. Jean further argued the rules outlined in the current OP need to be followed, as opposed to following those in the draft OP.

Councillor Ernie Margetson interjected, noting that the interim control bylaw would only shut down some, not all, development.

“I just thought, based on what the CAO said, it shut downs development within the scope of the interim control bylaw, not all development,” he said. “ I understand what St. Jean is saying. From my view, let’s investigate and report on feasibility. If it’s not feasible, we still have to make a decision.”

Despite a proposed amendment to investigate the feasibility of this resolution and all its parts, the motion-both amended and in its entirety-failed.