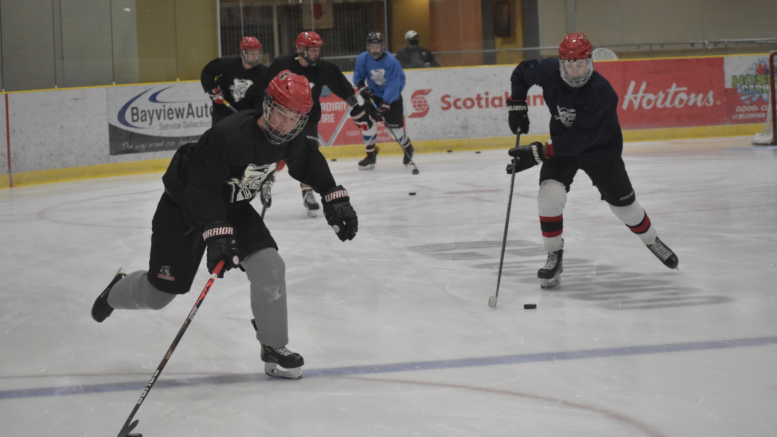 PLAYING WITH PRIDE Picton natives (From left) Cooper Rogers and Nolan Dawson work out at a Pirates practice on Friday night. Picton General Manager Chris Masterson is canvassing the community for help with the local PJHL club. (Jason Parks/Gazette Staff).

Like every other junior hockey team in Ontario, the Picton Pirates currently find themselves on unsure footing.

But the Pirate ship is also sailing directly into uncertain waters in terms of off the ice leadership and guidance.

Pirates General Manager Chris Masterson told the Gazette Monday while the 2020-21 edition of the Picton entry in the Provincial Junior Hockey League appears to have the parts of a championship calibre team on the ice, off the ice volunteers are in short supply, particularly in the areas of business operations and fundraising. 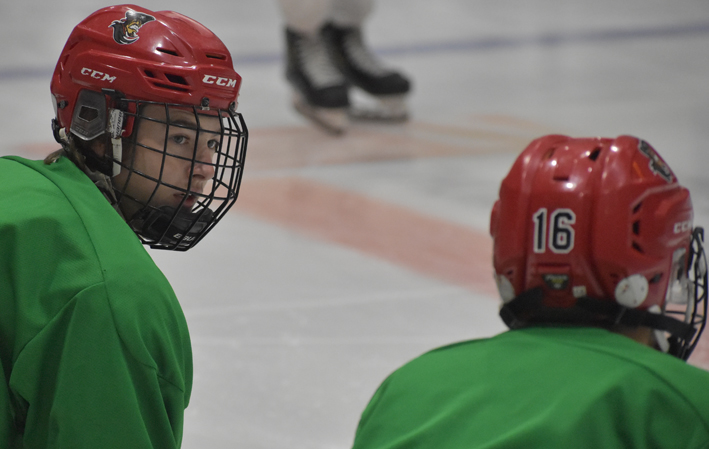 “We have some dedicated and incredible long time volunteers that includes our game night staff who do an outstanding job,” Masterson said. “But we are in trouble. Not financially but we are in trouble in terms of high-level involvement. Currently, it’s myself and (long time volunteers) Nancy Woods and Adam Bull that are doing everything and we need some local people to step up and get involved. I would say the team is in jeopardy because we don’t have more local people helping out. Unless we get an influx of connected people who can help us access community sponsorship and assist in fundraising, the Pirates are not going to last much longer.”

The COVID-19 pandemic has hampered many non-profit entities this season and Masterson understands those constraints better than anyone but now is the opportune time to get involved with the organization that won the 2013 Schmalz Cup championship that signifies the best PJHL team in Ontario.

In terms of the aforementioned league, Masterson sits on the PJHL Board as a director-at-large and said meetings are currently ongoing about what a season might look like if restrictions due to COVID-19 ever lift.

“Like everywhere else, we don’t know the answer but the PJHL has a plan that includes start dates of Dec. 1 or Jan. 4, 2021 with shortened seasons should the Ontario Hockey Federation advance their Return-to-Play plan to the next stages,” Masterson said. “It would be somewhere between 18-20 games. The way they could fit it in is that the final four of the PJHL would play for the 2021 Schmalz Cup in a central location in a round-robin style tournament. That would be for this season only.”

Following all Hockey Canada, OHF, Ontario Hockey Association and Hastings Prince Edward Board of Health and municipal protocols, the Pirates have been working out regularly in Wellington and could move to Huff Estates Community Centre in Picton should ice be installed there.

At the current OHF stage, Picton could potentially play exhibition games against the Napanee Raiders with the blessings of the municipality. Those potential contests would have to be played in a bubble with 50 people or less in the buildings, meaning no fans could attend. 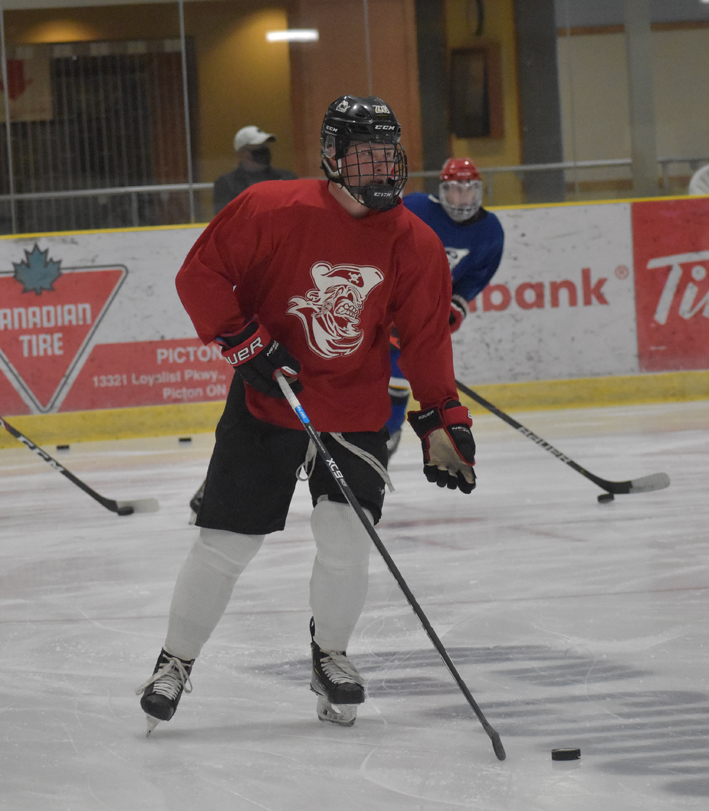 “It could be a weekly game and the OHF is stating at this time they would allow it but there’s a lot of things still to work out,” Masterson said. In terms of on-the-ice, the Pirates have a number of really nice pieces including a few players that had Junior A seasoning in 2019-20.

Tyendinaga’s Noah Brant returns from Powassan of the Northern Ontario Junior Hockey League where he suited up for 52 games last season and chipped in 14 points.

Meanwhile, Derek Vos had a 28 game stint with the Wellington Dukes last year and is back abroad the Pirate ship. The return of the Deseronto native means Picton can boast the last two Tod Division defenders of the year in Vos and Nick Kyte.

“Our blue line looks very solid so far but we could be looking for some depth up front and another goalie,” Masterson said. Brilliant backstop Kyle Renaud has managed to crack the roster of the Montreal East Rangers of the Quebec Jr. A league however Eric Tessier who had a break out season last year is back with the locals.

To find a second netminder, Picton has been working out some prospects however the trade front remains eerily quiet for this time of year and for good reason.

“It’s really hard to make a trade right now because you could fork over money and not have a season, and, it’s not clear those rights of a player you get will remain with the team if they don’t play a game,” Masterson said, adding this collection of players is one the organization has been cultivating for a number of seasons. “On the ice, we have a team that we think is very close of a championship calibre team and it’s frustrating that we may not even have a season.”

The GM has also been lobbying to other colleagues in the PJHL tho have the league and the hockey hierarchy address a potential situation with the 1999-birth-year players. Overagers in the PJHL this season could wind up watching their final year of junior hockey get washed out before the season even starts and Masterson is hopeful, if the PJHL approves, that a one season extension would be granted by Hockey Canada to allow the overagers to suit up next year.

“It’s certainly an emotional thing for those players who have put four years into a career not to finish it and I know a number of my fellow GMs feel the same way.,” Masterson added.

For more information on how you could help the Picton Pirates, please call Masterson at 613-661-0990.