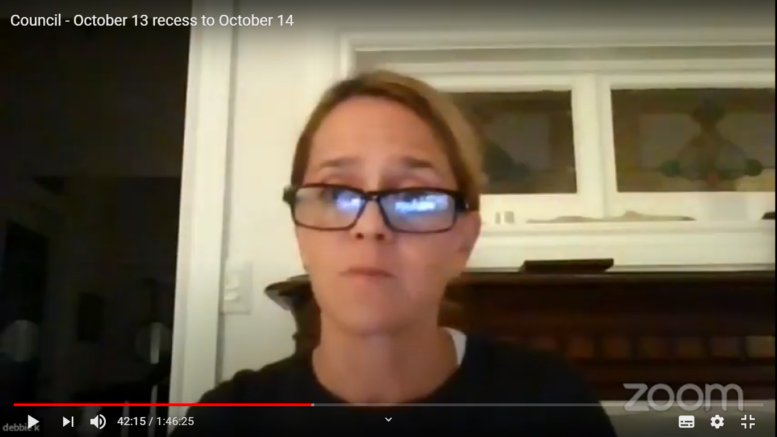 With healthcare on the minds of many, Prince Edward County Council was party to a deputation during the last Regular Council Meeting from Debbie Korzienowski, Executive Director the Prince Edward Family Health Team (PEFHT) and Dr. Noah Waldman of the PEFHT. The pair spoke to the issue of physician recruitment.

Korzienowski spoke to why new physicians are necessary as well as the anticipated need for new physicians in tandem with the efforts in place to attract them.

In their deputation, they also provided an overview of how the County may overcome specific barriers that have prevented physician recruitment in the past.

As stated in their presentation, the PEFHT is the first point of contact in the County. With offices in both Picton and Wellington, the PEFHT consists of 23 family doctors, their office staff and allied health care providers, such as nurse practitioners, mental health counsellors, etc.

The local family health team cares for 23,000 people annually, with an uptick in patients depending on the number of tourists seeking medical care.

Korzienowski pointed out the need for rural physicians, such as we have here, to be adaptable.

Offering “cradle to grave” services, they need to be well-versed in providing compassionate, palliative care both at home and at Hospice Prince Edward. They also need to provide inpatient services at the local hospital and staff the emergency department.

Physician recruitment, Korzienowski asserted, is both a local and provincial issue. First and foremost, as many are aware, the County has an aging demographic. One that, through no fault of their own, places a substantial burden on the healthcare system.

“The average age here is 13.2 years greater than the rest of the province,” explained Korzienowski. “We are a retirement attractor, which always brings the need for new physicians. As well, there is an increasing influx of people to the area, placing further demands on healthcare.

Councillor Stewart Bailey inquired as to how more provincially allocated “spots” for physicians might be procured.

Korzienowski explained the catch-22 in which the County’s growing desirability renders it less apt to attract new physicians based on the provincial mandate aimed at attracting doctors to less popular locales.

“There’s a number of things going into the decision matrix the Ministry of Health uses to allocate more physician spots. Typically, you have to be nominated as being in a hard to recruit area,” explained Korzeinowski. “At the moment, the County is not identified as such.”

She noted that, despite this, there is a case to be made to the provincial government with regards to our aging population and the strain that places on healthcare.

She also assured Bailey that the PEFHT has been in talks with the Ministry of Health to remedy the situation.

“For our part, PEFHT is always in discussion with the Ministry of Health for having additional family physician spots,” Korzienowski stated.

Apart from this, she noted that in 2017 a physician recruitment and retention group was started, which is now part of the Community Economic Development Commission.

Though this has proved somewhat successful, Korzienowski pointed out she does not believe this success is necessarily repeatable.

“Some of our physicians had partners in the wine industry, so the County was a highly desirable area for them,” she said. “Others had family they were returning too. The individual situations are ones we don’t feel are guaranteed for new physicians in the future.”

As noted in their presentation, the current strain on the medical system has rendered 600 people on a two and a half to three year wait list for a family physician.

“PEFHT is proud to be working hard at reducing our wait list and have reduced it by 30 per cent since last year,” said Korzienowski. “But, I think that needs to be counterbalanced with the incoming growth and development.”

Mayor Steve Ferguson inquired as to the wait list for a family doctor in surrounding regions.

“Do you have equivalent statistics for Quinte West and Belleville,” he asked.

Korzienowski replied that information is usually kept “close to the chest” but that she has heard everywhere has a wait list.

“It is a provincial problem,” she stated.

All things considered, Korzienowski stated there needs to be 10 physicians recruited in the next five years to replace those that are retiring and fill the immediate need for care.

She added there are myriad considerations to take into account when recruiting new physicians. Among these are: the massive debt load of most new graduates, career considerations for spouses and affordable housing.

Also, she commented that new graduates are the main target as existing urban physicians aren’t as inclined to move.

While grateful for the $10,000 incentive for new physicians coming here and setting up practices, Korzienowski stated they’re finding local competition, such as that in Belleville and Quinte West, outstrips the offer made by Prince Edward County.

Undeniably, the need for physicians here is already strong. But as pointed out in their presentation, with new housing developments on the horizon and more people moving to the County, the need will only grow.

“Affordable housing options could be a problem,” she stated. “Last stat I saw was a $650,000 average price for a new home with two bedrooms and two bathrooms. That’s a tough pill to swallow when you have a high debt load.”

Korzienowski described the influx of people, in combination with retiring physicians and a burgeoning retiree population, as being a “perfect storm” and something that necessitates serious consideration be given to physician recruitment.