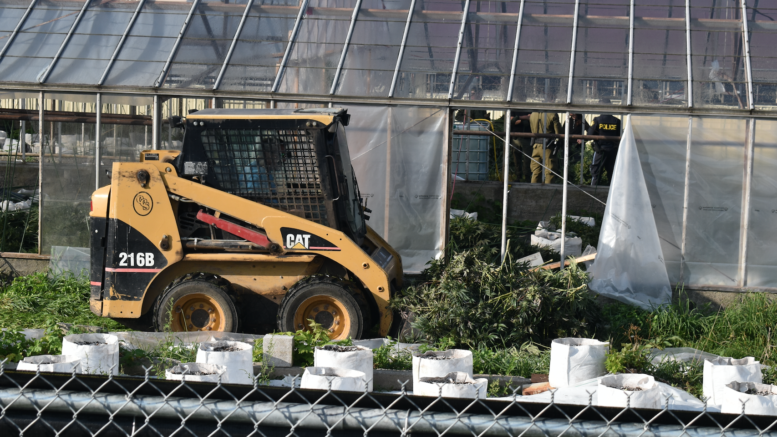 Illegal cannabis plants are rounded up by a skid steer while members of the OPP work in a greenhouse on County Rd. 28 late last month. (Jason Parks/Gazette Staff)

While there may yet be further police action regarding the cultivation of illegal cannabis  in Ontario, the Ontario Provincial Police offered an up-to-date report on a number of raids across the province over the last four months.

According to the OPP’s  Organized Crime Enforcement Bureau in Orillia, Members of the OPP have seized over 122,000 illegal cannabis plants across Ontario since the beginning of July. That total includes plants confiscated at a handful of illegal growing operations in Prince Edward County that were raided in September. 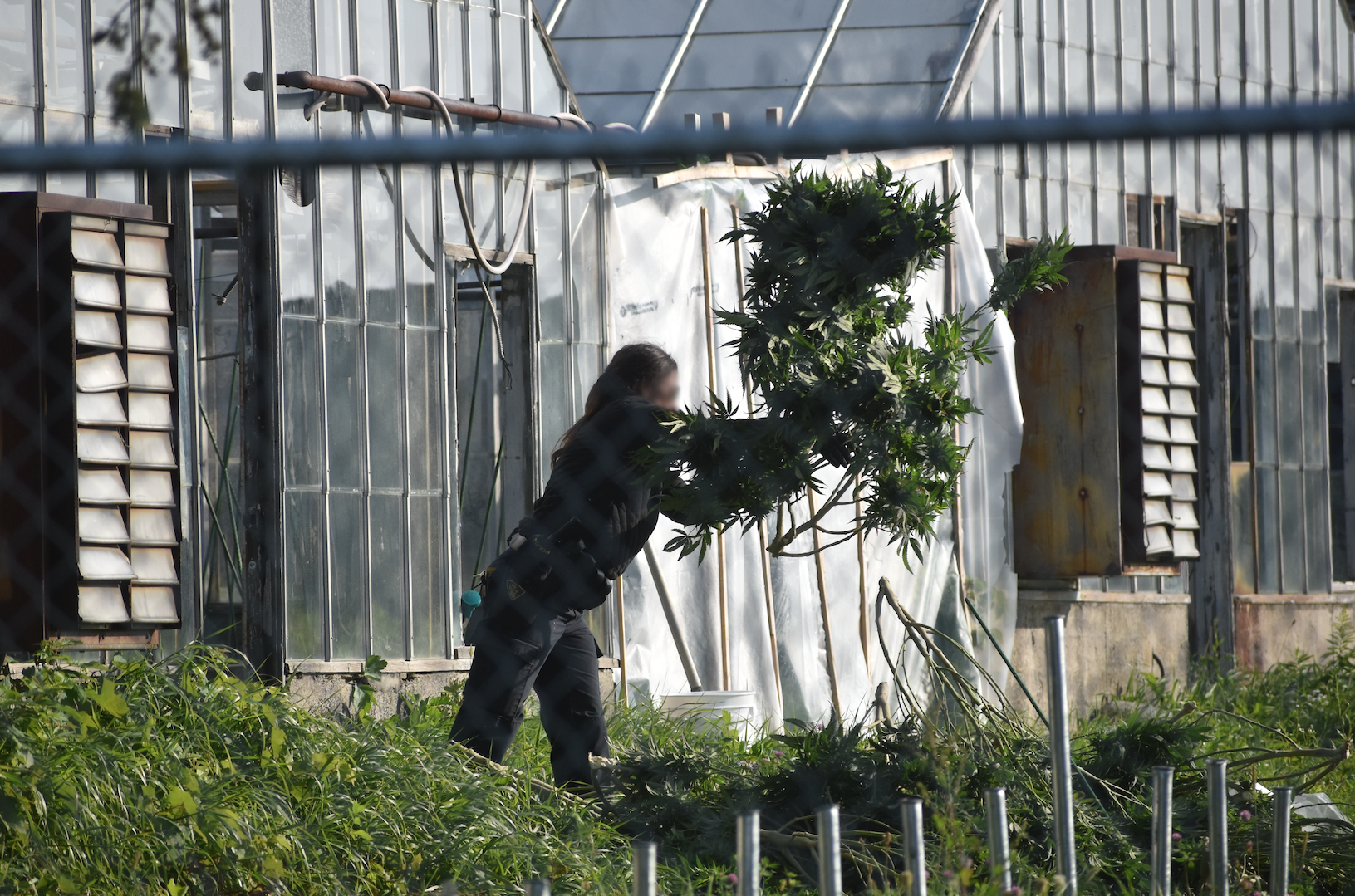 A member of the OPP collects cannabis plants during at raid near Fenwood Gardens last month. (Jason Parks/Gazette)

OPP Regional Community Street Crime Units (CSCU), along with members of the OPP Organized Crime Enforcement Bureau (OCEB), Emergency Response Team (ERT) and Tactics and Rescue Unit (TRU) have seized over $143 million in cannabis and 195 arrests have been made in the takedown of several criminal enterprises exploiting the Health Canada medical, personal and designate cannabis production regime.

All told from July 1 to Oct. 15, investigators executed 52 warrants across Ontario and laid 327 federal Cannabis Act and Criminal Code charges from Possession of Cannabis for the Purposes of Selling to Careless Storage of a Firearm. The OPP seized over 122,000 cannabis plants from 52 large-volume illegal operations – 7,000 plants from one site alone.

Raids in Prince Edward County in North Marysburgh, Ameliasburgh and Hallowell netted nearly 10,000 illegal cannabis plants and dozens of people were charged with drug and weapon offences and were part of several raids undertaken in the Quinte region by the East Region’s Community Street Crime Unit.

The individuals charged in these raids are expected in Picton’s Provincial Court in December.

The Provincial Joint Forces Cannabis Enforcement Teams (PJFCET), responsible for enforcing the cannabis laws and investigating criminal enterprises that exploit or abuse the legal cannabis market, provided support in some of the investigations.

The OPP would like to remind the public that only way to purchase legal cannabis in Ontario is through the online Ontario Cannabis Store (OCS) or in-person at an Alcohol and Gaming Commission of Ontario (AGCO)-authorized private retailer. Purchasing legal cannabis is the only way to ensure the cannabis has met the health and safety standards set out by the Government of Canada and Ontario. Illegal cannabis often does not match what is being advertised, recent testing of illegal cannabis products indicated lower than advertised THC levels and the use of banned pesticides.

The purchase of cannabis from anywhere other than the online OCS or an authorized private retailer could lead to a fine of up to $100,000 and/or imprisonment for up to one year.