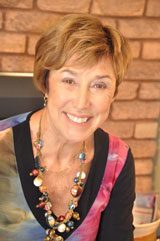 It is with deep sorrow and much love that we mourn the passing of Maureen Dorinda of Picton on October 15, 2020 at the age of 82 years. Maureen died peacefully at home surrounded by her loving family and soul sister, Bev Skidmore. She was a graduate of East York Collegiate. She went on to earn a Bachelor of Liberal Arts at University of Toronto, followed by a Masters in Education at O.I.S.E. She worked in business for ten years in Toronto at Drake International and Office Overload. Maureen switched to teaching and taught at Durham District School Board for 25 years. During her career there she achieved some distinction: Teacher of the Year Award and Councillor of the Year. After retirement Maureen continued to challenge herself and became a professional artist earning the designation of Master Pastelist from the Pastel Association of Canada. She was involved with the organization of, and participated in, the Scugog Studio Tour for 13 years as well as displaying her work in many venues including juried shows. Following her move to Picton she quickly became active in the community, joining the Art Association of Picton , displaying art in many venues including: Arts on Main, Portabella Restaurant, and Hillier Creek Estates, Gallery One Twenty One, and Gallery 106. Maureen was an avid gardener, daring canoeist, nature lover and a traveler of five continents. She brought her joie de vivre to all she met. She was the best communicator, keeping in touch with people she knew from childhood through to the 70 close friends she made during her lifetime. Maureen had her own unique style, in clothes, jewelry, art work and life. She was always “put together”, no matter the occasion. She is survived by daughters, Joanne Barry, Lisa Barry (Rick Winkle), Linda Olson (Mark), Graham Ham (Sherry), and Brian Ham (Janet). She was very active in the lives of her six grandchildren and eight great grandchildren. She had many loving nieces, nephews and great nieces and nephews. She is survived by two brothers, Bill Hamilton (Mary Squario), Gary Hamilton (Susan), sister in law Mary Lynne McIntosh, many cousins, and former spouse George Ham. She was preceded in death by her parents, Victor and Dorinda Hamilton, and siblings Brenda Karges and Doug Hamilton. Memorial donations may be made to the Salvation Army Food Bank, Picton or the Storehouse Food Bank in Wellington.. Arrangements entrusted to the Whattam Funeral Home, 33 Main Street, Picton www.whattamfuneralhome.com