Next week’s Remembrance Day ceremony will be unlike any that have come before it, but in no way should that diminish its significance.

Without question, the brave men and women who have served this country deserve to be recognized.

COVID-19 has forced the reconfiguration of Remembrance Day ceremonies across Canada and in Prince Edward County, pushing them to a virtual format or, in the case locally, a socially distanced and staggered wreath laying activities.

There will be no Canadian Armed Forces or veterans parades at cenotaphs or memorial designated areas to mark the 11th hour of the 11th day of the 11th month when Allied forces were declared victorious as Germany signed an armistice agreement, effectively ending WWI.

Watching uniformed men and women march along the main streets in Picton, Wellington and Consecon offer those of us fortunate to live the last 75 years free of a major world war a small glimpse of what it could have felt like welcoming heroes back from WWI or WWII.

If there’s a small consolation that can be taken from the fact that Remembrance Day ceremonies won’t take place outside in communities across this region it’s this: typical crowd sizes would far outpace what is deemed safe by Public Health’s guidelines for outdoor gatherings.

In Picton, students from PECI and St. Greg’s would mingle with local business owners, family members, etc. in numbers that would often eclipse 1,000 or more.

If nothing else, it’s comforting to know there’s still enough interest from the public to line the street to watch as members of the Royal Canadian Legion lay wreaths at the base of the cenotaph and stand for a moment of silence to remember those who didn’t make it home.

Granted, it’s a small consolation. For some, Nov. 11 is one of the few times they get to interact with living history, to talk to a veteran who was actually called overseas or pressed into action on the home front. While Remembrance Day recognizes all who served, this year is a particularly meaningful one, as it will mark the 75th anniversary of the end of WWII.

As if that wasn’t a good enough reason to purchase a poppy this year, add to the fact that Legions across the country are hurting due to the lost revenue associated with COVID-19 closures.

Legions, and this County is blessed to be served by three, do great things for a community far beyond providing a place for those with a military background to congregate-they support local hospitals, hospices and community groups that benefit everyone.

There’s no doubt they could use any extra pocket change they can get after a difficult 2020-after decades of helping the community, it’d be a great time for the community to return the favour.

Along with honouring those who served, Nov. 11 is also a great time to reflect on just how fortunate we are to enjoy the rights and freedoms that can often be taken for granted.

We’re closing in on a full life time free of a world war-a stark contrast to someone born in 1910, who would have lived through two major conflicts before their 35th birthday. In a year where it’s been easy to lament all that we’ve missed out on, a little perspective never hurts.

If being asked to wear a mask and to stay home is the biggest hardship this generation has to face, it’s worth thanking a veteran. 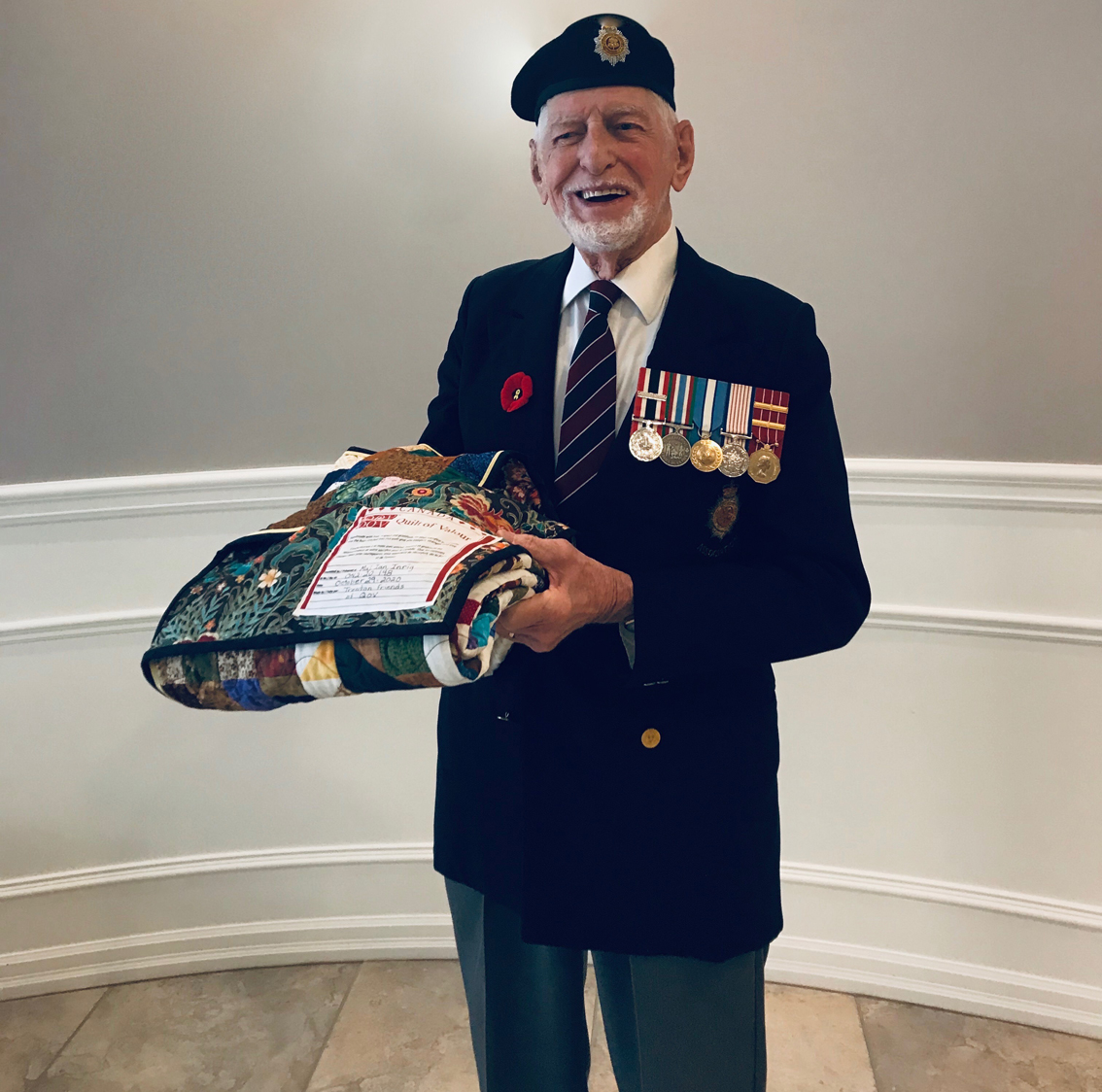 WELL DESERVED – Local veteran Major (Ret’d) Ian Inrig was presented with a quilt from the Quilts of Valour program last week. The program stands to offer a tribute to an injured Canadian Armed Forces member, past or present, from a grateful nation. Inrig joined the Canadian Forces in 1951 with the Hastings & Prince Edward Regiment and then attended College Militaire Royal at St.Jean, Quebec before joining the Canadian Guards at Camp Petawawa. During his time serving Canada, Inrig attended and participated in an atomic bomb detonation in Camp Desert Rock, Nevada, witnessed the building of the Berlin Wall in the early 1960’s and served as part of Canada’s peacekeeping mission in Cyprus. All told, Inrig served for 37 years in the Forces before being appointed Dominion Secretary-Treasurer (National Administrator) of Canada’s oldest veterans association, The Army, Navy, Airforce Veterans in Canada (ANAVETS) from 1990 until 1998. (Submitted Photo)