It would be easy to watch the death spasms of the Donald Trump presidency with humour from the safety that’s afforded those of us blessed to live north of the 49th parallel-that would be if there wasn’t so much wrong in the world.

If you could, for only a second, forget the way Trump and his crew of Republican enablers and flunkies are attacking the Foundation of the world’s largest democracy with picks and axes while a pandemic rages unabated around them-even within their ranks- the previous week and the next few months would be a political junkie’s black tar heroin.

The documentaries, dramatizations and oral histories of the days leading up to and following the 2020 U.S. Presidential Election will be akin to 100 versions of All the President’s Men and will be equal parts horrifying and hilarious when they are finally put forth for public consumption.

Your humble scribe keeps going back to that classic line uttered by Hal Holbrook’s Deep Throat character that sums up President Richard Nixon’s staff as their dirty political deeds were slowly being unearthed.

“Forget the myths the media has created about the White House. The truth is these guys aren’t very bright guys and things got out of hand.”

The Four Seasons Total Landscaping press conference fiasco should put a bow on the concept that this election’s clear and evident result will not be overturned in a court of law by these legal straw men.

As someone put it, people such as Boart movie star Rudy Giuliani and his fellow ghouls are trying to take down a skyscraper with a blow torch. It’s futile and perhaps humorous but there’s also the chance of a fire.

The problem facing the U.S. is that during his presidency, Trump never met a voter-read mark- he didn’t like. The President doesn’t openly flirt with fascists, bigots and racists, he hands each one of them his personal card with a message on the back that says “I’ve got what you need, call me!”

Trump, if he is able to avoid an appearance regarding his taxes and business dealings in a South District of New York Court Room in the coming years, might actually remain as a republican king maker.

His base remains fervent and their swamp fever is being maintained daily by false narratives the election of Dear Leader Donald is somehow being stolen in broad daylight by-pick the invisible boogey man-: crooked poll workers and election commissions people or faulty voting machines or the left wing media or China or someone with a printer and a stack of ballots or the U.S. Postal Service or a nefarious combination of all those things.

President-Elect Joe Biden has been good to laugh this lunacy off while maintaining his position he is a President for all Americans.

But the longer this charade is propagated by GOP leaders that enable the outgoing President-even if it’s only to humor the world’s sorest loser- is a threat to open and free elections everywhere. It’s our hope this type of crack in the bedrock of democracy will stop at the border.

Of course it was also your humble scribe’s position a previously bankrupted reality show television host and twice divorced real estate developer couldn’t possibly be elected to the position of leader of the free world in the first place.

The reunification of a highly partisan and divided America depends on the end of the Trumpism movement. For the 70 million plus Americans who voted for the incumbent on Nov. 3, 2020, that reckoning is going to be a very hard pill to swallow let alone digest.

Unfortunately, the fate of their nation and democracy in the western world relies on that act of reconciliation. 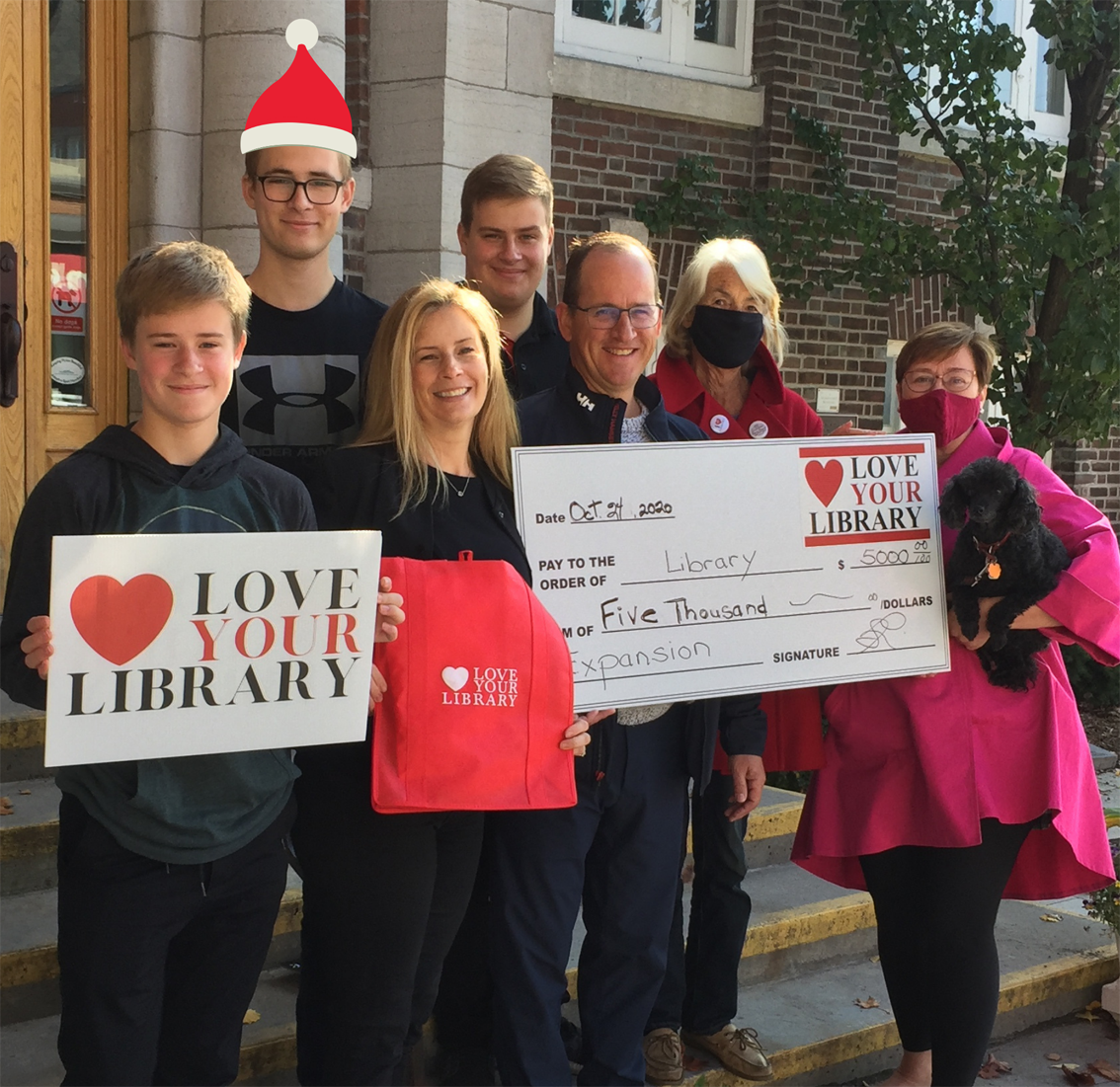 JUST IN TIME FOR CHRISTMAS – The Lavender family (From Left) Griffin, Tristan, Wendy, Austin and Scott presented a cheque for $5,000 for the Picton Library expansion last month. The Expansion Project Fundraising Committee have announced a holiday matching funds campaign to help raise $200,000 before the end of 2020. For more information, please see www.pictongazette.ca/2020/11/11/library-expansion-matching-funds-campaign-announced . (Submitted Photo)