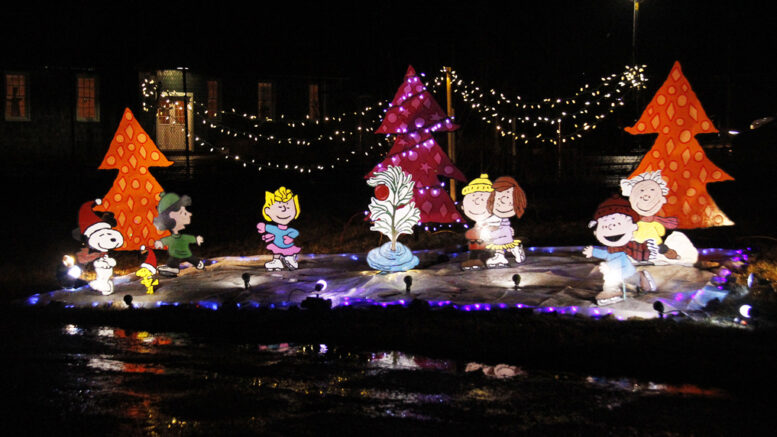 NOT JUST PEANUTS Shatterbox Theatre’s depiction of a Charles Schulz scene featuring Lucy, Linus, Snoopy and of course Charlie Brown was one of the many popular static artwork displays at the Loch Sloy Santa Extravaganza Saturday night. (Desirée Decoste/Gazette Staff)

Even a cold and steady drizzle wasn’t about to dampen community fellowship and Christmas spirt in Prince Edward County on Saturday night. 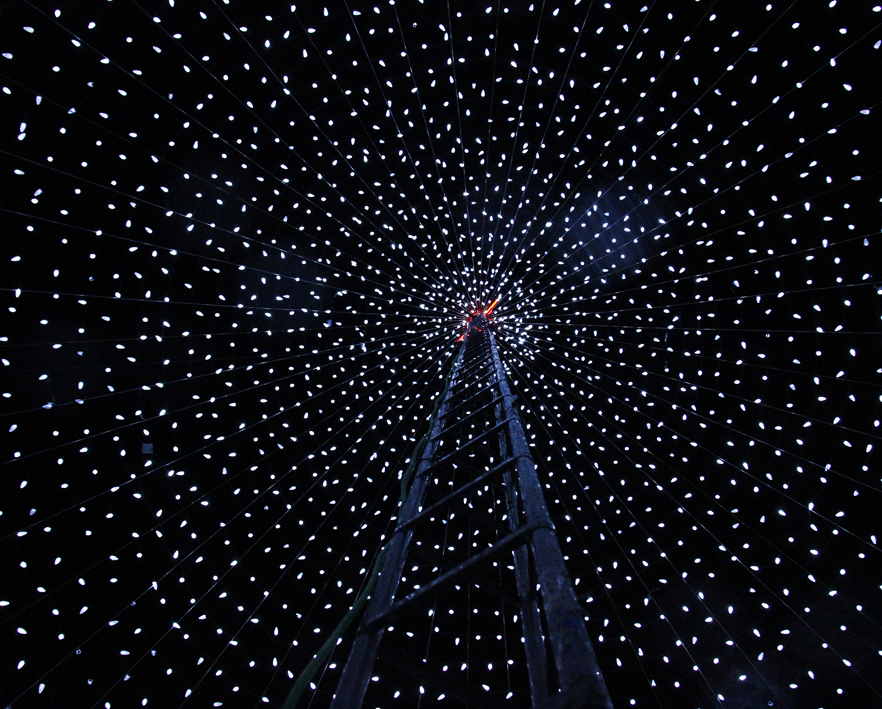 2020 has been a dark year in the history of Prince Edward County but the community was united on Saturday night as, in spite of less than ideal conditions, thousands of holiday revellers drove to Loch Sloy to take part in the Santa Extravaganza event. (Desirée Decoste/Gazette Staff)

Sure, the Loch Sloy Santa Extravaganza could have been hosted under starry skies or, even better, with a random snowflake or two drifting ever so slowly to earth on a clam mid December eve.

But this is 2020 and by now, we should expect less than ideal scenarios in which to celebrate and commemorate in Prince Edward County?

The reverse parade that featured scores of stationary floats, displays, music and smiling faces underneath those COVID-19 masks welcomed hundreds of packed cars that snaked their way around the former Camp Picton grounds in a combination of sensory pleasing sights and sounds. Sponsored by Tri Canadian Energy and Communications and organized by company staff, spokesperson Jennifer Litke said the night was even better than what she and the TCE team had hoped for.

A car queue that extended for four km down the hill and along County Rd. 10 moved rather quickly once the event got underway. The solar powered Tree of Hope provided a beacon in the dampened night sky and local performing artists Instant Rivalry performed for the duration of the event.

“Everything moved pretty quickly, Instant Rivalry played for four hours and we had 99 per cent commitment from every group and family and business that signed up to have a float or display. Everything, other than the weather, was perfect. The only thing we heard was ‘Why didn’t you spread this over two nights?’ But if people only knew and realized the total community effort it took to organize and stage a huge community undertaking like this, they would realize why it was one night only,” Litke said with a laugh.

Litke explained Van Dusen was able to have some conversation with Steve Everall and Jacqui Burley of Loch Sloy and the idea trying something similar for Christmas.

“There are so many families in our community that needed this. This year has been a crummy year. There’s been people out of work, people with lost income and there’s been a lot of frustration in Prince Edward County. It was also a difficult summer with the overwhelming volume of visitors so Steve said ‘We have to do this for the community.’,” she said.

Despite protests from Litke and the TCE team, the owner maintained the event would not only be free but families would be given a bag of goodies and gifts to take home upon exit. Litke thanked the many sponsors who stepped up and contributed to make the event a ringing success.

“There were $10 gift cards from Metro and Sobeys and McDonalds contributed 600 gift cards.There was such joy and laughter coming from the cars and wide smiles and happy faces were just so awesome to see,” She said, adding that Loch Sloy was integral to the success of the event “They were the integral behind the scenes support that really helped get everything set up and running smoothly,” she added.

The event was so well received, the question is could this become an annual event?

“A lot of the positive response was that people felt safe and comfortable attending this event and they could see everything from the comfort of their car. No frozen toes and noses,” Like said. “Plus, people that would normally be in the parade were able to do some interesting things with their floats. Cool 100 and Terpacre Farms both told us ‘We couldn’t set up this way if we were in a traditional parade’.” 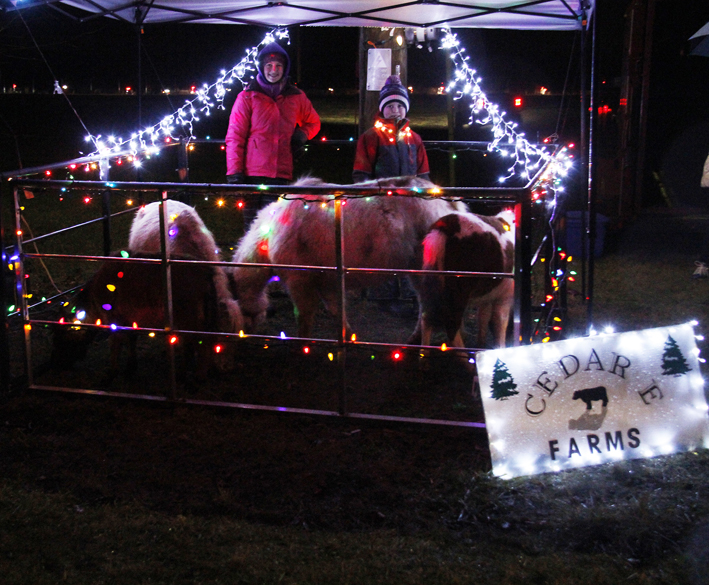 Hayley and Ben Everall and their ponies from Cedar E Farms were able to delight people attending the 2020 Santa Extravaganza. (Desirée Decoste/Gazette Staff)

“We wouldn’t want to take away with in person parades and the recreation committees that organize in person parades in Prince Edward County but we would certainly entertain ideas for 2021. I think a lot of us would be very happy if we were all back to normal next year but this could be a new normal.”