For many of us, Wednesday’s attempted insurrection and naked assault on democracy by outgoing United States President Donald Trump was one of “those” moments.

You know, one of those as-it-happens, historical junctions in time that capture the planet’s focus?

The kind where observers will remember where they were and who they were with when a ginned up rag-tag group of thugs, simpletons and traitors were incited by their dear leader to break into the United States Capitol building in a ham-handed attempt to subvert democracy.

Blood was shed and human lives were snuffed out in the coup attempt.

The death toll stands at five however a Capitol police officer who responded to the violent scene took his own life Sunday. With no details forthcoming, connecting the two events is impossible but, at the very least, the act likely stands as a harbinger of the Post Traumatic Stress Disorder that will haunt those first responders, staff members and elected officials in the coming days, months and years.

The earmarks for this attempt at sedition have been staring the world in the face for some time and the enablers and instruments of Donald Trump’s power grab will have their day in court. The video evidence will be pored over and those seeking to incite the mob as well as those members of the mob themselves will face the teeth of the United States justice system.

For the better part of the last four years, a good many Canadians have cast a gaze to the land south of the 49th parallel and viewed the political ongoings of the Trump presidency with equal parts horror, bemusement, shock and disdain. One would need much more than this space to even offer a synopsis of all the ways Trump used the position of power afforded him in the 2016 election to profit financially while he divided the United States for his own gain as well as the upper crust of that nation’s society.

But here’s where Canadians need to be wary and really pay heed to a brutal lesson Americans are learning today and in the coming days ahead about being divided along party lines by those who seek to grab power. At the Save America March proceeding the riot at the Capitol, Trump droned on with his falsified gripes about a rigged and stolen election and then made the comment that the “patriots” in attendance must join him to “fight like hell” and “take our country back.”

If this venemous verbiage sounds familiar with some Canadians, it could be because Conservative Party leader Erin O’Toole was using the phrase “Take Canada Back” in campaign advertising in the run up to his party’s leadership election.

Meanwhile, the CPC was using the word “rigged” in online advertising regarding new election laws put forth by the Liberal government and Prime Minister Justin Trudeau. That web page was quickly scrubbed in the aftermath of Wednesday’s events but there are receipts.

There can be no coincidences at this stage, particularly when O’Toole’s campaign manager is Jeff Ballingall, the brains behind the ultra right wing and divisive Canada Proud social media apparatus.

Need more evidence some of Canada’s conservatives have no problem cozying up to Trump and the politics of division? Exhibit B would be a picture of deputy leader Candice Bergen wearing a ‘Make America Great Again’ hat making the rounds on social media.

Canadians deserve better than what their current opposition party is offering. Conservatives should be attacking Liberals on their record, coming up with strong counterpoints and offering clearer paths forward on critical issues where the current government is failing us. Cryptic slogans and buzzwords should be beneath a party with designs to form the next federal government.

Stoking the fires of division, trying to scare Canadians so they vote with a worried heart and a corrupted analytical mind subverts the institution of democracy and the shared values we all hold as citizens of this country. 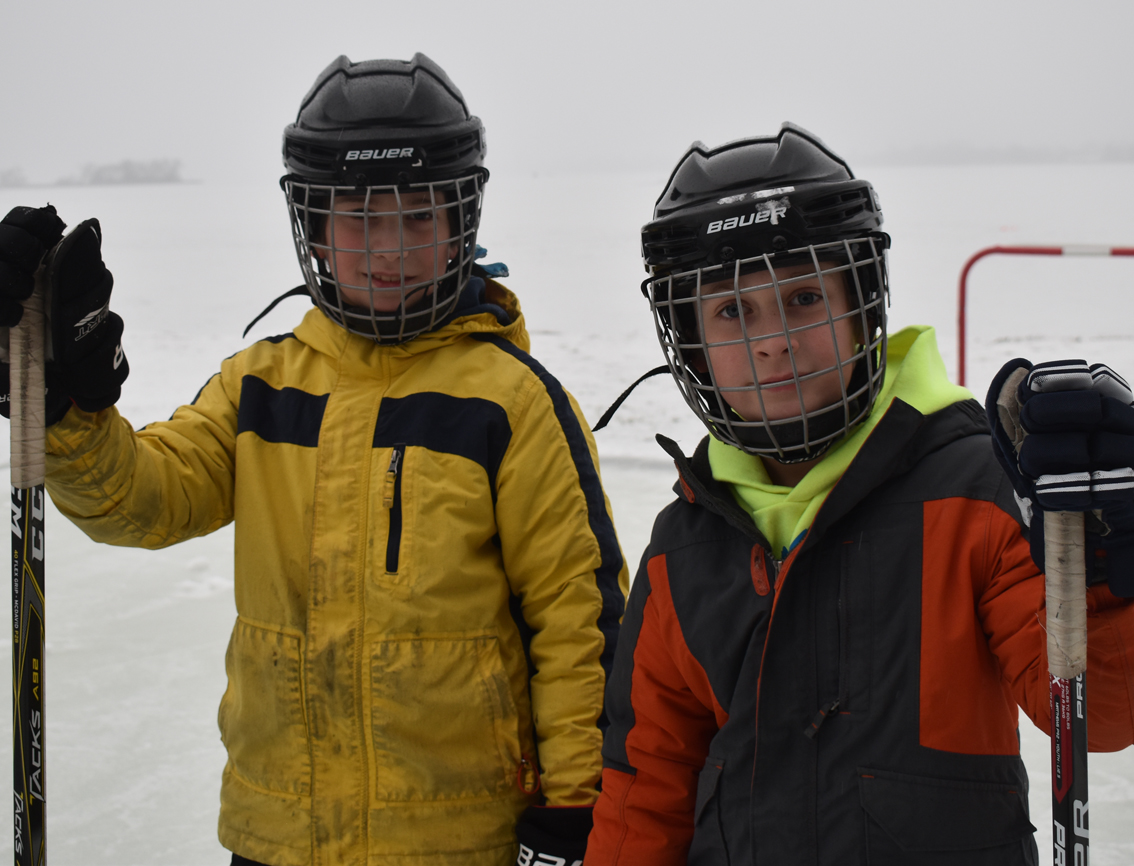 HOCKEY NIGHT IN CHERRY VALLEY – Everett and Declan Vader take a break from practicing their skills on a rink near East Lake. Colder temperatures and sunshine this weekend led to both young and young at heart exploring the great outdoors and participating in winter time activities. (Jason Parks/Gazette Staff)